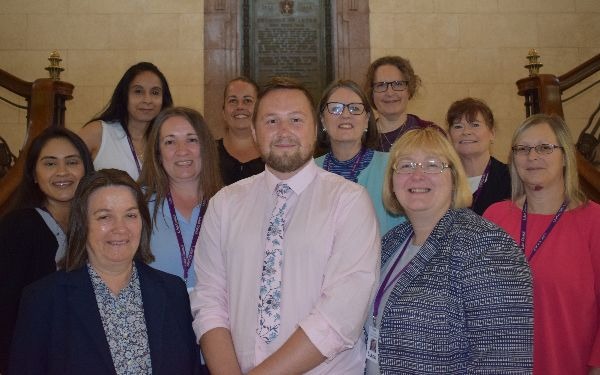 Read how you can take the next steps in your social work career, and see the latest opportunities to become a children’s social worker in Luton.

“There’s a buzz on the floor where our social workers sit. You can hear those motivating conversations on the phone. You can see the quality of recording improving.”

It’s been a year since the government-funded Family Safeguarding Model launched in Luton. Every social worker has had motivational interviewing training and children’s social workers are co-located with adults’ support workers in family safeguarding teams. A new recording system has also chopped down the time social workers spend at their computers instead of seeing families.

“For me it cemented everything we were trying to do,” Adele says of the new model. “We want to free up practitioner time, be much-more outcomes based. We want to have much more time to let social workers engage directly with children and young people, less time sat at a computer and less time doing onerous recording.”

The Family Safeguarding Model compliments Luton’s restorative practice approach adopted by the council three years ago, and the two combined has seen the average caseload for children’s social workers fall by 10 over the past 18 months, and Adele says the council wants them lower.

The impact? “We’ve got social workers who have been around longer saying ‘This is like how I used to practice’, it’s all very positive,” Adele adds.

‘Coming back to my roots’

This sentiment is shared by Lee-Anne Farach, Service Director for Children and Families Social Work. Lee-Anne’s a New Zealander and feels the Luton model has reconnected her with the social work practice she used to do.

“When I trained in New Zealand, it uses a restorative practice model and doesn’t have such an emphasis on the casework model. Coming to this country I had to learn the casework model but now of course I’m coming back to my roots. It is really exciting for me,” Lee-Anne says.

A key part of the model’s success, Lee-Anne believes, is the group supervision held around each case. This gives social workers, used to carrying all the risk on a case, the opportunity to take in new ideas, find new ways to support families and share the emotional burden the risk can leave.

“I think it has become a more open workplace. I think social workers are more willing to talk about the risk, whereas before it was a heavy load to carry by themselves, no matter what we did that social worker was still holding that risk,” Lee-Anne explains.

She says this translates to a “lighter environment and lighter emotional load”.

The electronic workbook model is a key step in lightening this load. Each of the practitioners on the team – be they social workers, mental health workers, drug and alcohol workers or domestic abuse specialists – has their own section of a family’s notes they update. This leaves each practitioner free to focus on their speciality as the bigger picture gets filled in around themIt is then reviewed at the end of the month in group supervision, where the discussion produces a risk rating and action points for the next month.

What’s it like to work in Luton? Some key questions answered.

How does the council manage stress with employees? The council provides wellbeing initiatives and a 24 hour support service to employees.

Does the council support social workers to park for free? Employees have access to free parking in the council car park.

What is the holiday entitlement for employees? Social workers receive 26 holiday days, rising to 31 after five years of service.

Another step to lighten the recording burden is investing in tools to support practitioners to work flexibly, Lee-Anne says.

“When I first started here social workers were going to a visit then coming back to write their notes, then doing it again; it’s not a good use of time really. So, we invested in some kit and now they might visit place A, B and C, then call into a children’s centre and record, wherever they want to do it,” Lee-Anne says.

The lower caseloads for social workers and audits reporting improving practice are part of what Adele describes as a “huge cultural shift” in Luton children’s services.

“I’ve seen social workers who left us come back. We had a recent event for social worker staff and attendees who had heard about family safeguarding wanted to be a part of that picture, because they could do the work they wanted to do.”

As part of the rollout of the Family Safeguarding Model, the council has adopted motivational interviewing as a standard practice tool, and every social worker in the council who joins gets the training.

Ofsted recently complimented Luton on its strong partnership working, and Family Safeguarding is the key to this success.

Alison Foreman, the Principal Social Worker for Children, thinks the new practice model, mixed with Luton’s diverse community and challenges for social workers to support families through, makes it the perfect place for practitioners who want to use the skills they trained to use.

Alison sees those skills developing every day: “Even when people are stressed, busy, frustrated, the difference in the tone and quality of conversations they have with colleagues and on the phone with service users, it has really shifted. I see shared ownership and responsibility, people being really supportive of one another, certainly social workers talking very positively about having adult workers as part of their team.”

Alison Foreman sees her rise to the principal social worker for children as a success of Luton’s approach to developing social workers.

She joined in 2004 following a career where she hadn’t stayed in one place for too long, but she didn’t need to leave Luton.

“Each time I got to the point where I thought about moving on I was given an opportunity or challenge that allowed me to grow, and that made a massive difference for me.”

On top of the opportunity to practice in an innovative way, social workers are backed with an extensive training offer and, crucially, the time and the space to take the training.

Adele explains one such initiative used to help senior social workers develop: “We’ve got some senior social workers who were thinking about taking that step into deputy team management, so they’ve used the career pathway that’s available in Luton to experience some of that work. They have been linked with somebody in that role and attend some of the management training to see if it fits them.”

Read how you can take the next steps in your social work career, and see the latest opportunities to become a children’s social worker in Luton. 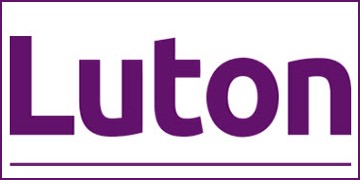