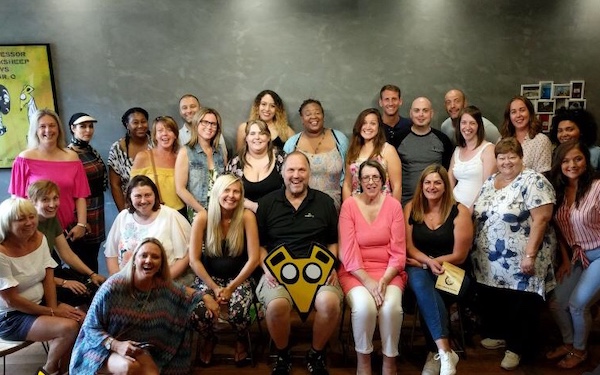 Nine years ago, Hertfordshire County Council made a far-sighted move. The authority went in search of a superior way to support children experiencing complex trauma due to abuse, emotional neglect and other problems at home. It’s a search that took Hertfordshire across the Atlantic.

A few years earlier the not-for-profit Boston Trauma Center had come up with a new way to support children who had experienced developmental trauma that put their families at the risk of breakdown.

That model was ARC, short for Attachment, Self-Regulation and Competency. ARC’s approach centres on offering packages of therapeutic support both in the home and in care placements that focused on boosting the quality of parenting, fostering children’s potential to develop and repairing the attachment between parents and their children.

Since its inception in the early 2000s, ARC had spread across the USA but remained largely unknown beyond. With its therapeutic approach to keeping families together and the encouraging results seen in the US, ARC was just the kind of social work model Hertfordshire had been looking for.

“ARC was a model of intervention that was based on sound foundations and was in use in multiple settings in the US,” says Steve Gentry, service manager for ARC Services at Hertfordshire County Council.

“Research had proved it to be successful and it was also a model of intervention that could be used across multi-disciplinary services. ARC’s also a very adaptable model and easily lent itself to be used within our services. We set up our ARC service in September 2009 and it’s been on a journey of continued evolution ever since.”

Today, the ARC service in Hertfordshire is called on to support children and families when developmental trauma has put the family at risk of breakdown and the ability of other services to address the problems has been exhausted.

As such these are families on the very edge of care, where the intensive support ARC offers can be the difference between a child staying with their family or being taken into care.

Depending on each family’s needs, the ARC service has three tiers of response: Rapid; Intensive; and Supportive.

The Rapid tier focuses on families with urgent, high level needs. In these cases families enter the ARC service’s Families Together Programme. The child or young person enters a residential children’s home temporarily and the ARC team then works with the entire family to develop the parents’ capabilities and build family cohesion.

After six weeks a date for the child to return home is agreed and on their return, ARC’s outreach workers provide a period of support to the family, which is reviewed regularly, to ensure a settled and stable transition back into the family.

In contrast, the Intensive tier of response is designed to help families when external guidance and short-term separation of children from the family has been identified as the best way forward.

ARC starts by carrying out quick assessments that inform a programme of support and sessional work with the children and family in their home and at school. In some cases, the at-home support from ARC outreach workers is complimented with therapeutic weekend stays in residential care for 12- to 17-year-olds.

“The aim of these stays is to give young people regular reprieves from stressful or chaotic home environments and to offer more chance of success to the outreach support,” says ARC manager Neil Sutherland.

The third and final response to referrals is the Supportive tier. This tiers targets families who could benefit from intermittent check-in sessions and occasional advice or guidance from the ARC team.

The support is usually offered in the form of group work sessions although ARC also provides individual support in some cases. The Supportive tier also calls on other local services, such as the virtual school, to help the family make progress.

These approaches are certainly delivering good outcomes. Since its inception the ARC service has helped dozens of children, young people and families avoid breakdown and secure a more hopeful future.

It’s successful enough for Ofsted to award outstanding ratings to both ARC’s short-breaks and Family Together Programme, but the best showcase for the benefits of the approach are the parents, children and young people themselves.

One parent says the ARC service helped her family see “the light at the end of the tunnel” after a period where everything felt increasingly hopeless.

A child from one family that was referred to ARC says: “Before I was dark and empty. After I worked with ARC I was happy, bright and cheerful.”

In another case a 14-year-old boy said of the difference ARC made to his life: “When I first came to short breaks things seemed quite bleak and then I was given time with staff from the ARC who helped me and my family make changes.

“It took a while, but things are better for me now. I feel that the bleakness has gone and the sky is open and full of endless possibilities.”

For Steve, ARC’s a model that not only works but is also built to last. It’s not only delivering for Hertfordshire families but proving to be an approach that is well placed to adapt to new areas of concern with children’s social care.

One clear example of this is the creation of a specialist team within the ARC service for working with families where children exhibit or have perpetrated harmful sexual behaviour.

“It made sense to set up that team within ARC because ARC service staff had already been trained to assess these behaviours and identify interventions required. The interventions also work better with the therapeutic approach that is at the core of the ARC model.”

And this kind of change means that Hertfordshire’s embrace of ARC remains as far-sighted as it was when the authority first adopted the model nine years ago.