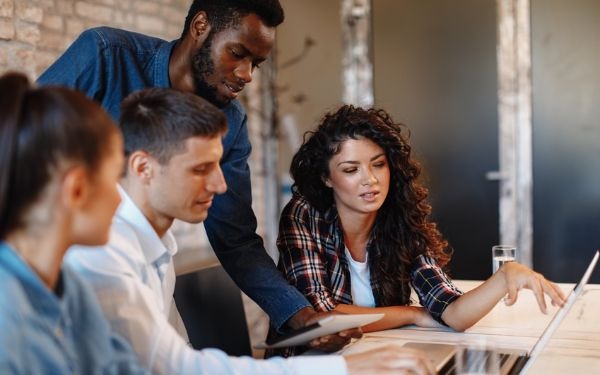 A sponsored feature from the London Borough of Havering

See how you can be a social worker in Havering and be a part of the council’s successful journey.

Tim Aldridge, director of children’s services in Havering, remembers well the feeling of being a frontline social worker back when he started out in 2000.

When he joined the London borough in 2015 he would “talk to staff about my experiences of starting off as a social worker and about how lonely and daunting that role can feel”.

He wanted Havering’s social workers to avoid that feeling, especially as the council started a rapid improvement programme.

Rated “a low ‘requires improvement’” in 2016, 18 months later Ofsted returned and rated the council ‘good’. Tim puts that success down to a wholesale implementation of systemic practice, developing an open and collaborative social work culture, and being innovative with their approach.

None of this could have been achieved without the input of frontline staff, however. As Tim explains: “It became really clear that to make changes that are effective and sustainable you’ve got to bring your staff team with you. Some of the best and most creative solutions come from your frontline staff.”

Those creative solutions were made possible by management being open to suggestions. An open-door culture reinforced by a social work forum attended by senior leaders, and a practice week twice a year where senior leaders take time to understand the daily challenges faced by social workers.

“The real aim is to reduce the bureaucratic burden on social workers to give them more time for direct work with families,” says Tim.

“The problem in social care in many areas is you get wrapped up in the process. The risk is that you lose sight of the purpose of your involvement, we only want to intervene where it adds value.”

“The face-to-face programme is all about skilling up social workers in the model of systemic practice, but also providing a direct input from the systemic team to give social workers access to clinical advice, this helps staff feel safe and supported,” Tim says.

“The academy is divided into different faculties, which is designed to give any social worker whether newly qualified, or a team manager, a four-year programme of development opportunities. That’s a reflection of our commitment to invest in the workforce,” Tim explains.

The response of staff to the improvements are clear. When Tim arrived only 55% of staff were permanent, now more than 70% are.

The supportive learning culture and openness to practitioner ideas and proposals can be seen across the service, says Rob South, assistant director for children’s services.

“Some of our staff on the ground were talking about the challenges they were having with [children at risk of sexual exploitation] and they required specialist guidance and advice. We’ve developed a specialist role in this area, which has had a huge impact on the ground in terms of giving advice, information and a reflective space to frontline social workers,” Rob explains.

The culture of support has been aided by reduced caseloads in child protection and looked-after children teams thanks to evidence-based interventions shaped to individual families.

“We’ve done a lot of work on focussing on the importance of direct work with families and giving staff permission to spend that time with families,” says Rob.

He adds that service structures have been developed in such a way as to provide “our social workers with space to think, supported by managers who are well-informed, trained and actively encourage thoughtful discussion and reflection.”

As well as formal supervision, staff can rely on managers outside of those periods. The senior leadership team often hosts open “floor meetings” where, as opposed to trying to get all staff in one room, they have discussions on the floors where people work and actively invite collaborative thinking and developmental work.

Staff feedback has led to key changes in the service. Pay was increased after comments from staff. Now, social work wages in the outer London borough is competitive with inner-London authorities. A new case management system is about to launch after staff identified how the old system inhibited their work.

For Rob, the key thing is how the council supports managers to help staff.

“Social workers deal with incredibly challenging and sensitive issues on a daily basis, and some of the risks that they are responsible for assessing and managing can be daunting,” he says. “Sometimes plans work, sometimes they don’t quite work as we would like, and in that situation, I think we have an approach that is really about very high levels of support and collaborative thinking and planning.”

This support extends to senior managers reaching out to social workers who are having a difficult time or grappling with a particularly difficult case.

How has the support, and the changes, been felt on the frontline?

Emma Berkshire has been a team manager in Havering for nine years. She says the changes in recent years are “probably the first that have been introduced that has changed the culture of Havering, as well as improving how we work with children and families”.

She says the increased visibility of senior leadership has empowered her and other practitioners.

“There’s a really collaborative approach to work here. Everyone is coming together. There isn’t a blame culture in Havering. It is very much a case of if there are challenges, let’s find a solution that helps people feel supported,” Emma explains.

“There are a lot of staff briefings now, which we never used to have, to keep us up to date with what is going on, so it is happening with you and not to you. There are things that have to happen, and they are quite clear about that, but how we get there is what they want people to feed in to, and make it everyone’s journey, rather than a dictatorship.”

See how you can be a social worker in Havering and be a part of the council’s successful journey.