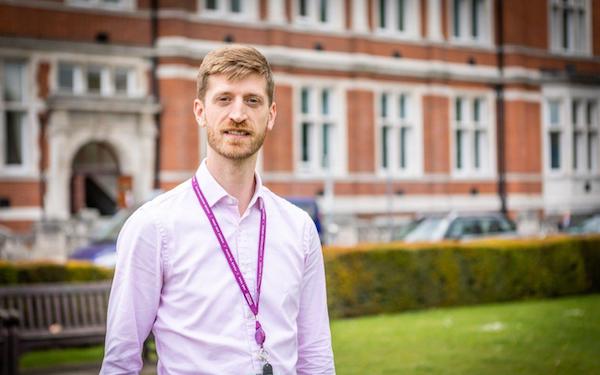 A sponsored feature from Croydon Council

With any new job there’s always a moment – no matter how brief – where you wonder: did I make the right choice?

It’s certainly a thought that crossed children’s social worker Dan Gibson’s mind in November 2018. And that’s because he was about to start a new job at London Borough of Croydon as an assessment team manager.

On the short walk from East Croydon train station to the council office, Dan thought over what he already knew about his new employer.

“It’s no secret that Croydon’s last Ofsted wasn’t positive, but I had also read the monitoring visit reports and the feedback the council had got from the Department for Education,” he says.

“I also used the interview to find out more about the changes they were making, such as bringing in extra staff to reduce caseloads, embracing the systemic model and their plans for the future.”

All that was enough to convince Dan to leave the county council he’d been with for 10 years and join Croydon.

But now, as he wandered past the trendy Boxpark street food hub and through the small park by the council offices, he knew the moment of truth had come.

“When you go into somewhere that’s not had a positive Ofsted outcome, you’re never sure what the morale’s going to be like or the staffing situation or the team,” he says.

The team Dan was joining was one of Croydon’s six assessment teams. Each of these teams have eight social workers, a team manager, a deputy manager, and a business support officer.

These teams work on rotation. They spend one week out of every six taking on new cases. The other five weeks are spent doing their assessments, carrying out focused work with families, and making their recommendations.

What struck him on that first day – and, he adds, ever since – was the positivity in his team and throughout the service. “It’s a really welcoming environment – everyone is really supportive,” he says. “There’s a real buzz among the social workers. The people who are here feel genuinely pleased and happy to be here.”

One standout is how accessible and visible upper management are. “The senior leadership is really accessible and friendly,” he says. “Croydon’s the kind of place where if I had a concern about a child, I could have a chat with Nick – our director of children’s social care – and get his views and advice.

“Nick’s a few management lines up the chain from me and in some local authorities you would never see someone at his level.”

This connection between the frontline and senior leadership is also evident in the influence social workers have on the council’s improvement efforts.

“The social workers here are able to express themselves and their opinion is asked for too,” says Dan. “There’s different types of feedback sessions and they’re well attended. There’s a very real level of staff engagement. Croydon’s somewhere where staff opinions are valued rather than managers just saying, ‘This is what we’re doing and this is how it’s happening.'”

Dan says switching from a county council to one of London’s largest boroughs has been an exciting change too.

“It’s a really busy, high-need environment,” he says. “What really struck me, coming from a county council, is the level of need for families here. It feels like we’re doing worthwhile work here – real, grassroots social work. Croydon’s an interesting place with a real buzz about it and where there’s a real need for good social work.

“I know it’s a cliché but what I enjoy about assessment work is the buzz of every day being different. It’s a real opportunity, especially for the social workers going on visits, to work with a broad spectrum of families with different needs and problems.

“You need to get in quickly and positively, get to grips with the challenges families are facing, and work with them on what the next steps are. What we do in assessment sets the tone for the service’s work with that family going forward.”

As for the future, Dan’s feeling positive. He’s seeing plenty of evidence of the council making lasting improvements. These include reducing caseloads, enhanced training and development, better supervision, and bringing in family therapists as part of its wider investment in systemic practice.

“The staff who were here before me say the big change has been around caseloads,” says Dan. “In assessment, caseload levels have come down significantly.

“Now, obviously, average caseloads are just a number and don’t show the complexity but our director of children’s service Rob Henderson wants to get caseloads down to an average of 15. At the moment, I’d say my team’s caseloads are below 20, so we’re not far off that target.”

The council’s ambitions don’t stop there either.

“We know where we are, but the message, the ambition, is we’re going to become excellent. There is a lot we need to do to get there, but Rob has been brave enough to put a timeframe of two years on it. It’s ambitious but we want to be an authority that social workers queue up to work for.”