Crucial for social workers to get familiar with new process, which will form part of larger National Referral Mechanism reforms, says charity boss

By Alex Turner on September 5, 2019 in Adults, Children 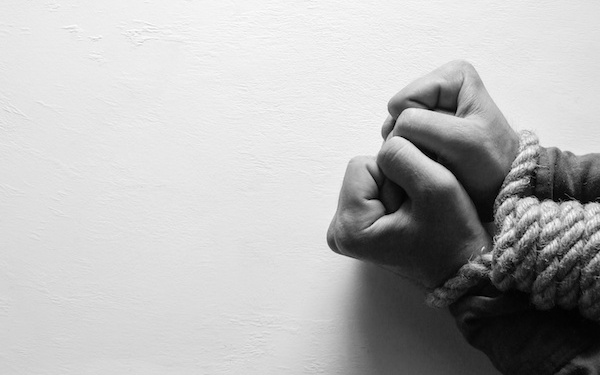 The process for referring potential victims of modern slavery for support has been simplified and digitised as part of a package of reforms, the government has announced.

The National Referral Mechanism (NRM), which is increasingly used by practitioners working with young people involved in county lines drug dealing as well as those trafficked into the UK and other modern slavery victims, has until now been paper-based.

According to the Home Office, the changes will make the system faster and more straightforward for first responders – the group of professionals, including social workers, who have a designated role in reporting cases of modern slavery..

The government added that work was underway to fully digitise systems used by caseworkers at the Single Competent Authority (SCA), which receives NRM referrals.

The SCA, which is part of the Home Office, was set up earlier this year to replace the UK Human Trafficking Centre and UK Visas and Immigration, which previously dealt with referrals relating to EU and non-EU nationals.

Victoria Atkins, the minister for safeguarding and vulnerability, said the reforms would “simplify the entire referral process, meaning that victims of modern slavery can receive the support they need sooner and abusers can be brought to justice more quickly”.

Kate Garbers, the director of Unseen, a charity which works with survivors of modern slavery and people trafficking, said it was important for social workers to be aware that the new NRM form was online and had changed.

“There is more opportunity for narrative text so social workers need to ensure they understand the indicators, signs and elements of trafficking and slavery to complete the NRM form effectively,” said Garbers.

She added that practitioners should read accompanying guidance and consider what they want to submit before they start filling in the the online form, ensuring they also save a version for their own records.

“The NRM being online is positive in taking us away from submitting paper forms; however, the Home Office’s NRM reform programme, is still very much underway and needs to make wider changes to the overall system of support for trafficked persons,” Garbers said.

“The new form is a start, but it will require frontline practitioners to understand their first responder role and to complete the form fully to give the best chance of positive outcomes for potential victims.”

Equip yourself to tackle modern slavery

How confident do you feel dealing with modern slavery cases? To help you, Kate Garbers will be discussing how social workers can better identify and respond to situations where people have been trafficked or enslaved, in a free seminar at this year’s Community Care Live.

Kate’s session is on 16 October, day two of the London event. Register now to ensure you don’t miss out.