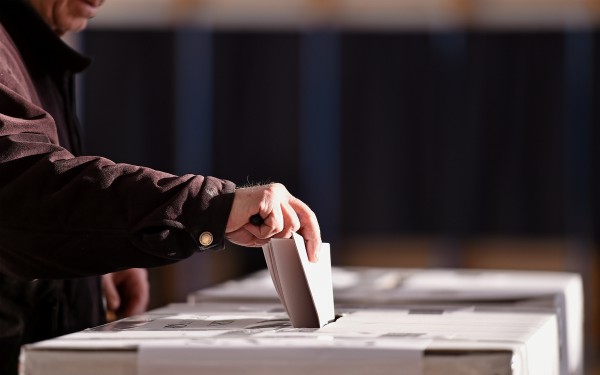 On 12 December 2019, the UK will hold its 58th general election. In our local authority, Bradford, our adult social work service is mobilising to “promote the vote” and support people who are traditionally less likely to register or turn out and vote, which includes young people, black and minority ethnic groups and people with disabilities.

The Electoral Commission reported in 2017 that people were most likely to say they didn’t participate in an election due to personal circumstances and a feeling that the election was not a relevant event in their lives. We think that social work has a key role here, making explicit the connections for people between the things that define a good life – being able to choose how you spend your day, being able to decide where you want to live or who you have a relationship with and being able to determine if you want to accept or decline medical treatment – and the act of voting.

We are taking a number of actions. All our care homes and supported living providers are being contacted to ask three things:

We are also providing accessible guides on voting to each setting.

We are also supporting our social workers to take action.  Throughout the week leading up to the close for voter registration on 26 November, social workers are visiting supported living homes for adults with learning disabilities to talk to people about whether they know about their right to register to vote and, if they want to turn out and vote on the 12 December, what support what might they need.

We’ve chosen to do this as we are concerned that there is growing evidence that people with a learning disability are least likely to be know about their right to vote. Section 73 of the Electoral Administration Act (2006) abolished mental incapacity as grounds to prevent a person being able to participate in elections. Electoral Commission guidance makes clear that anyone who meets the other registration criteria – in relation to age, residence, nationality and not being legally prohibited due to House of Lords membership or being a prisoner or patient in a mental health hospital convicted of an offence – may register to vote, regardless of metnal capacity. The only prohibition – as set out in section 29 of the Mental Capacity Act 2005 – is on someone else voting on the person’s behalf.

Here are the opinions of three of our practitioners – social worker Charlotte Goss, advanced practitioner Mark Haslam and team manager Ryan Cowley – who have got involved in our promote the vote work this year.

‘The right to vote comes before anything, including capacity’

Personally I have not always exercised my right to vote, but I have always known I had the right to do so and this is important to me. Being able to vote makes me feel part of my community and gives me a right to have a say in how things are done. ‘Feeling part of a community and having a say’ is the reason why I wanted to promote the vote as I think it is important that the people we work with get to feel the same way, and that they feel valued. In May I visited three supported living placements where I was able to talk to the people there about their views on voting. There were mixed responses but overall people were really interested, clearly wanting to know more about what it means and the impact they can have. This is what spurred me on to get involved again this year.

This year we are planning to visit supported living placements again as well as dialogue on voting in our direct work with young people. This time we also want to support our first-time voters by inviting young people from our local schools to visit a mock polling station where they can have the full voting experience and also learn about the role of working in a polling station. We are really excited about the difference we can make to these young people to help them be more informed about their rights and so that they can feel empowered.

From undertaking promote the vote, I have learned that people need manifestos in a more accessible format and that staff supporting need more training to be able to lead conversations more confidently about voting with those they support. This includes them having more understanding that the right to vote comes before anything including conversations about capacity.
Charlotte Goss, social worker

Changing DoLS conditions to enable man too voteP
I did a Deprivation of Liberty Safeguards review assessment for a man (P) at the care home in June 2018. At the time of my visit it was recorded in Ps care plans that “due to a lack of capacity, P is now unable to vote… P appears to have liked a particular party but now due to a lack of understanding politics it is not in his best interests to vote” I discussed this with the senior carer at the care home. I referred them to the ‘promote the vote’ campaign run by our advocacy provider and added a condition designed to promote P’s right to vote and stressed that this is a citizen’s right that cannot be overruled by reference to a lack of capacity under the Mental Capacity Act.I added the following condition to the recommendation for a 12 month standard authorisation:“Managing authority (the care home) to change correspondence care plan that stated “due to lack of capacity P is now unable to vote”.  Managing authority to consult the ‘promote the vote’ campaign on the advocacy provider’s website and rewrite P’s care plan to ensure he has the opportunity to vote in future local and general elections
Mark Haslam, advanced practitioner and best interests assessor
‘He had better political insight than most – but bar on hospital leave would have prevented him voting’
I was a social worker for a man, Mark (not his real name) whilst working in the community mental health team. Mark was a nice, warm hearted man, living solely with his Jack Russell terrier. Mark had split up with his wife approximately five years ago, having eloped to Mexico with her and having a daughter whilst there, and then came back alone. He was a probation worker until approximately three years ago when he suffered distress and was detained in hospital. Diagnosed with schizophrenia, Mark’s pattern became one of being in hospital at around October time and being discharged around May. This happened every year.Being a probation worker, Mark enjoyed discussion about the ‘system’ and was very politically minded. He also had a better insight than most into how different parties affected bodies such as the NHS and local authority, given his first-hand experience. We talked a lot about what he would do differently and how he had never missed a vote in his life.One year, Mark was detained in hospital and an election was called. Strangely Mark was taken to the psychiatric intensive care unit (PICU); a much more secure hospital. This was bizarre due to Mark’s presentation being well known to mental health services and no history of violence whatsoever. So Mark was detained a week in the PICU and the election was due in a few days. One rule of the PICU is there is no scope for responsible clinicians to grant leave to the person under section 17 of the Mental Health Act 1983.When I went to see Mark he wasn’t well. His advanced statement was not being followed. The medication he had used when he became unwell was not utilised and the psychiatrist used something that made Mark someone he wasn’t. One thing was clear when I visited him though. Mark wanted to vote.I arranged a meeting where Mark and myself discussed with the psychiatrist and the ward staff how important it was to Mark to be able to vote. The ward agreed they would support him to do so, and on the day of the election the psychiatrist granted section 17 leave so Mark (accompanied with two members of staff) could to his local polling station and vote.
Ryan Cowley, team manager and AMHP

In Bradford we are extremely proud of our social work practitioners who are involved in the promote the vote work. Citizenship and the fight for social justice starts with ensuring that everyone has equal access to having their voice heard and in having a say in how things are decided. Supporting people with this is core social work business and it is us at our best.

Practice guidance on supporting adults in different settings
Community Care Inform Adults subscribers can access a range of resources in our mental capacity and deprivation of liberty knowledge and practice hub, and mental health hub to help you ensure you understand people’s rights under the Mental Capacity Act and Mental Health Act 1983. Not sure if you have access to Inform Adults through your organisation or have other questions? Find help here.

Protecting children across international borders: what social workers need to know
Critical reflection: how to develop it in your practice