‘Come and join our improvement journey at Buckinghamshire’ 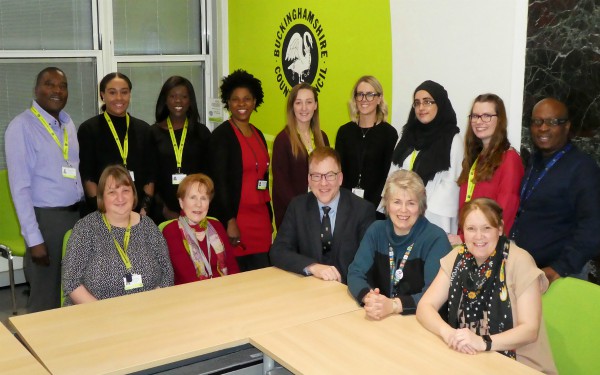 “For the right people this is a really exciting opportunity – to be part of something that has forward momentum,” says Richard Nash, service director, children’s social care in Buckinghamshire.

Richard is referring to Buckinghamshire’s improvement journey from a second ‘inadequate’ Ofsted rating in 2017, and its commitment to improve outcomes for children and young people.

Social workers are critical to that journey. It is the quality of their practice and the support they deliver to vulnerable children and families in Buckinghamshire that will directly impact the council’s progress. As a result, investment in practitioners’ development and the quality of what they do is key to Buckinghamshire’s improvement plan.

In November 2017, three years after a first ‘inadequate’ judgment, inspectors found Buckinghamshire’s progress had been too slow and inconsistent, resulting in Ofsted delivering the same verdict. Heavy caseloads and high staff turnover made it difficult for children to build relationships with their social workers, while variable management oversight and practitioners’ failure to recognise and respond to risk meant some children were left without the support they needed.

However, the 2017 inspection did identify potential for recovery. including the fact that council leaders had made children a priority and backed this up with significant investment. Tolis Vouyioukas, appointed as director of children’s services in October 2017, accepted the shortfalls identified by inspectors and responded promptly, setting out an improvement programme to transform the service.

This included the recruitment of a new senior management team within children’s services: Richard, who joined the authority in April 2018, along with the four heads of service who report into him, all coming from ‘good’ authorities. 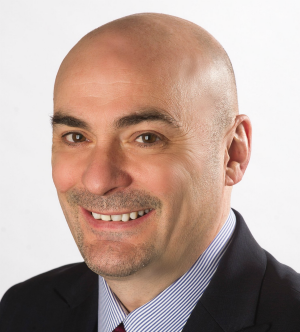 “We are a permanent group of staff who came in with our eyes open to a twice inadequate authority with the sole aim of improving the service,” says Richard. He adds: “Our ambition is for the children and young people we are responsible for to be safe and achieve great things in their lives. We know in the context of the history of the service we have a lot of work to do but we are determined to put things right.”

While their initial focus was on firefighting, the new team then started putting in place the foundations for achieving their ambitions for children.

Instead of pursuing quick fixes, this has involved finding “deep and sustainable solutions to improving the social work task through establishing strong systems and checks and balances,” says Richard, something Ofsted has picked up in its monitoring visits since the 2017 inspection.

While this has involved a strong focus on performance management to get the social work basics right, Richard says that the approach has been one of “working with practitioners and enabling them to influence how things are done”.

He adds: “It’s about being supportive but also being suitably challenging about why we want change, which is right because we are here to ensure vulnerable children in Buckinghamshire get the best service.”

The focus on learning and development, as well as a grow-your-own approach to improving workforce stability, is particularly evident in the establishment of an ASYE academy, which took its first cohort of 10 newly qualified social workers (NQSWs) last September, with a further 20 due to start this year.

The investment in the academy, worth over £400,000 a year, means that all the NQSWs have a dedicated practice supervisor and a supervisor who oversees their ASYE portfolio and, critically, their workloads are managed.

“The ASYE social workers are supernumerary to the workforce so we take away the pressure and danger of allocating them too much work too early,” says Richard.

The academy also provides the opportunity to test new ways of working which, if successful, can then be applied across the service. A recent example is an approach to case recording in which practitioners write as if they are addressing the child. More experienced practitioners are also learning from their NQSW colleagues.

“We’ve already got social workers talking to our ASYE cohort saying ‘I hear you’ve had really good training on chronologies, I need to do a chronology, tell me what you’ve learned’,” says Richard.

The plan is to spread the academy approach further later this year, by identifying practitioners who have the potential to be the managers of the future for a training programme to equip them with the skills they need before they get promoted. This will cover issues such as having difficult conversations and performance management, things social workers often find difficult when they step up to management.

“We want to ensure there are strong career development pathways so people understand and are able to access the opportunities available to them,” Richard adds.

Examples of how practitioners have influenced Buckinghamshire’s improvement journey include shaping changes to the electronic social care recording system, after Ofsted criticised the quality of case recording in its 2017 inspection report.

“We found that there were too many forms that had requirements in them that were not relevant anymore but social workers were having to spend their time filling in those things just to get an outcome,” says Francesca, advanced practitioner in the practice development team, whose role is to support practice improvement.

“It would end up taking them longer or it would be repetitive ie typing the child’s education when it could pre-populate that information already. So we have a big project at the moment that is overhauling all of that so that social workers are not stuck behind their desks doing tasks that waste their time, essentially.”

Social workers are also regularly invited to address the children’s services improvement board, which is overseeing progress.

Debbie, a social worker, says she feels empowered in her work with Buckinghamshire’s children with disabilities team because of practitioners’ ability to influence what happens.

“If I were a social worker thinking of coming to Buckinghamshire, I would say now is a really good time to come because we are still changing,” she says.

The positivity among staff morale derives from the visibility and openness of senior management, a point Ofsted has picked up on in its monitoring visits.

Sandra, a social worker who has been at the county for a number of years, echoes this: “They are visible on the floor and know people by name. They are all really approachable. I’ve always felt supported on a personal and professional level. “

“We rotate where we have our management meetings between the three sites [Aylesbury, Amersham and High Wycombe],” says Richard. “We spend two-thirds of those days working with social workers, listening to conversations and chatting informally with them about their day-to-day work. It’s really important that people feel supported.”

Evidence of progress can be found in the four monitoring visits Ofsted have made in the past 18 months.

However, given the scale of Buckinghamshire’s journey, its progress has not been without its bumps. Recent monitoring visits have found improvement in the multi-agency safeguarding hub, as well as evidence of strengthened management oversight, reduced caseloads and more confident, timely responses for most children.

The council has also taken action to support more children in its care to be supported closer to home by recruiting more foster carers, which means that there are now 159 children in foster care within the county, up from 121 in April 2018. It has also developed two new children’s homes, both of which were rated good at their first inspection.

Eye on the future

The journey to good will take three to five years, says Richard, and the council is just at the start of year three. The focus for 2020 will be on tackling remaining improvement areas and further embedding longer-term change.

“Morale is strong and staff are up for the challenge. Our social workers really want to do the best job they can and are really committed to improving things for our children and families,” says Alison, a team manager.

The senior management team is committed to creating the right conditions for social work to flourish and are keen to attract highly skilled workers who want to take an active part in the improvement and development of services for vulnerable children in Buckinghamshire.

Find out more about working at Buckinghamshire and have a look at the latest job opportunities.