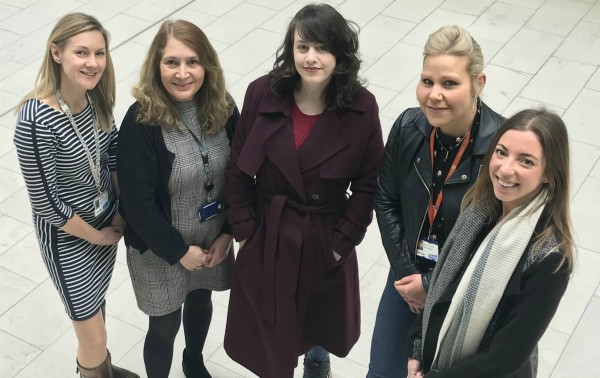 Emily and her eight-month-old son have recently moved into their own home. A year earlier, drugs and alcohol misuse, and an unstable relationship with a partner were factors that risked Emily, who has autism, losing her son. But Emily and her son are flourishing. The child protection plan is going really well and Emily no longer needs to have frequent visits from her social worker.

What turned a potentially unfortunate situation into a success story was the relationship Emily cultivated with her social worker Kirsty. Kirsty is a consultant social worker in Suffolk County Council’s children and young people’s service and inherited Emily’s case from another social worker, while Emily was pregnant.

“It didn’t work well with the previous social worker,” says Emily. “Her tone of voice was harsh and I felt she was judging me. She never told me there was a risk I could lose my son. I only discovered that when Kirsty took over my case. Kirsty was calm and honest about my situation and showed me that she was rooting for me too. That is when it clicked in my head that I really needed to get it together to change this situation.”

Being honest, calm, friendly, approachable and supportive, are among the qualities Emily believes social workers need in order to cultivate positive relationships with their service users.

“It helps to build trust and promotes reassurance and that has been an important part of my relationship with Kirsty,” says Emily. “Kirsty’s advice is constructive and she doesn’t overwhelm me with tasks but gives me the space to choose my path.”

We expect honesty from our families but we need to be doing the same.

One of those paths has resulted in Emily sharing her social care experiences with 70 newly qualified social workers at a seminar. “I developed some top tips to help social workers relate better with the people they work with and shared them. It was really positively received and I had people coming up to me afterwards asking questions.”

Holly Boyd-Lambley, who is doing the assessed and supported year in employment (AYSE), and domestic abuse champion in the South Suffolk social care team, is one social worker that has already started applying Emily’s advice.

“Now, when I go and visit some families, I notice their anxiety. Emily’s shared experiences inspired me to make more effort spending that initial time going through and addressing their concerns.”

Holly applies training in signs of safety and promotes qualities, such as being open and honest about the challenges that the families are likely to face, when she is out on visits. “We expect honesty from our families but we need to be doing the same,” she says.

For Kirsty, she believes that although all social workers learn these principles in training, the stresses of the profession can mean prioritising them can get lost. 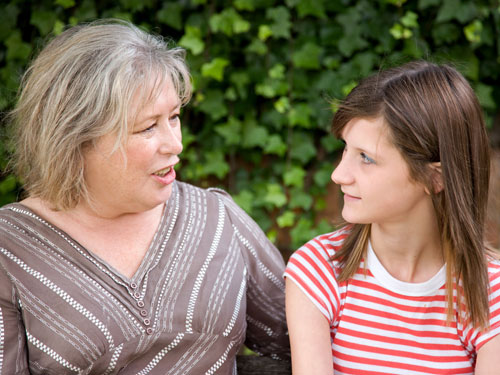 “Sometimes, we get so hooked up in process and protocol that we can lose the foundations of what we are meant to do, which is building relationships with people,” she says. “If you work with people and get their own network involved, get them fully involved in the plan from the outset you will actually save yourself a lot of work and a lot of time and a lot of effort in the long run. The extra time I spent with Emily in the short term meant that things that we would have had to resolve later are no longer problems. We have a deeper relationship and things got fixed.”

Kirsty also points out that there are some situations that social workers can only learn through experience.

“I think the level of hostility that we sometimes experience with our work is not always addressed,” she says. “Being able to build a social worker’s resilience and being able to challenge families is a difficult thing to do but also important. I think that would help a lot of social workers when they are new.”

Embedding this awareness into training is something that Suffolk’s workforce development team is keen to include, in addition to its existing repertoire of service user/carer services.

“Our desire at Suffolk and Norfolk social work teaching partnership has always been to create a community of service users and carers that ensures their voices are heard and have impact.  We are trying to move away from this idea that a service user just turns up and tells their story and we’ve ticked a box,” she says. 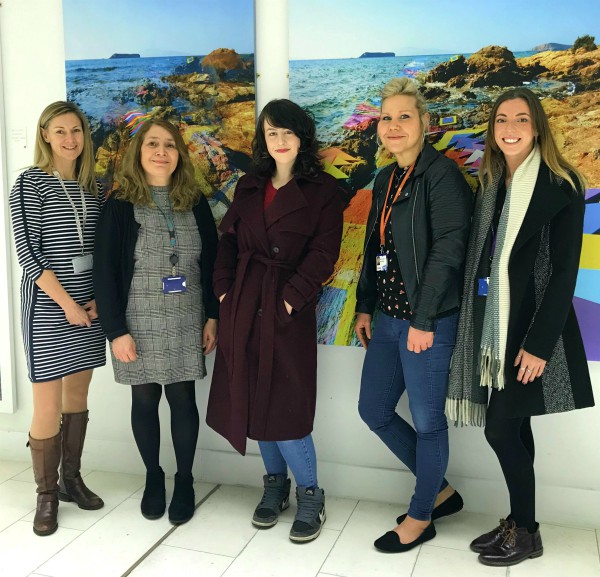 The department sees the experiences of service users and carers as a vital tool in teaching students alongside the work of academic staff, the local authority staff that are supporting students around their placement, and the practitioners.

Service users and carers are represented through the council’s teaching partnerships in Norfolk and Suffolk universities’ service user forums. They are also visible at an implementation board level across the two counties where they are involved in such areas as funding.

Service users and carers have developed a framework consisting of six pillars that the teaching partnership uses when enlisting their expertise in social work education. These pillars, known as the 6Ws, outline what the council is asking them to do, when the council wants this task done, what they are tasked to do, and clarifies if they are being paid or volunteering and the impact that may have on their benefit entitlement.

The framework has become so useful, it is being adopted in other council teams across the wider authority,” says Loretta. “Last year, for example, we used this approach for a piece of work we were doing with family carers.”

Giving service users access to a ‘train the trainer’ programme has been another key tool. Suffolk rolled the programme out in 2019 to up-skill more social workers interested in lecturing and have extended the invitation to service users as well.

“We organised sessions for social workers that do not necessarily have the teaching skills to be able to do that but are interested and this was made available to service users too,” says Loretta. “Feedback has been positive with service users and social workers saying they feel more confident. One of our service users and carers came and co-presented and co-delivered at the national teaching partnership conference in Liverpool, which also got positive feedback.”

According to Nicci Kenny, learning and development advisor, monthly AYSE sessions and Suffolk’s county event are additional ways in which the experiences of service users is shared.

“We have had people that have come to these events and say they could sit all day and listen to a service user and their experience and learn from it because it gives them the platform to do and be better,” she says.

With some of these initiatives barely a year old, Suffolk is keen to further embed the voice of service users and carers into its curriculum.

“We have spent the last year developing the structures to make it work better,” says Loretta. “Now we are keen to liaise with adults in the community and gather their views and feed them back to board level in a coordinated way.”

To achieve this, they recently filled a funded post for a service user and development leader who will connect with service users across Suffolk and Norfolk.

“We know that not everyone feels comfortable being in a board room setting and speaking in front of executives,” says Loretta. “This is why we have developed a new role where the person will coordinate between the two counties.”

Long term, Suffolk wants the voice of service users, like Emily, to be a visible and integral part of its teaching offering and how it transforms social care. 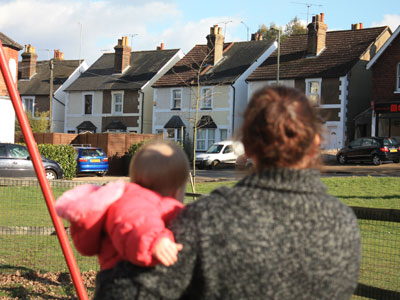 This is great news for Emily who is keen to keep sharing her experiences and is planning to speak to more student social workers moving forward.

“Nothing can prepare you 100% with the family,” says Holly. “But being able to attend events where the people at the forefront of that support tell us about their experience helps to give me a bit more confidence and ideas on how to work a better way. I think that Suffolk is really strong in that.”

To keep reading, about Suffolk, visit: