Social work caseloads: practitioners in the North of England feeling the greatest strain 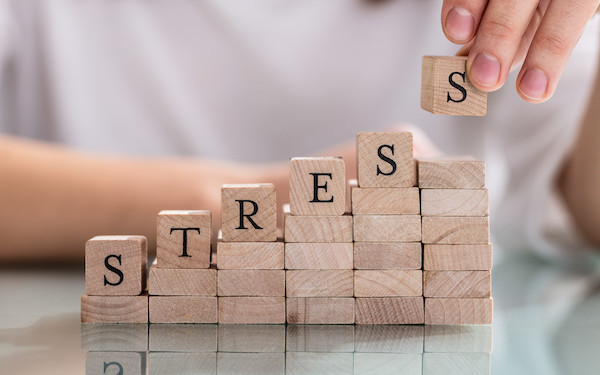 Children’s social workers across much of the North of England and Midlands find their caseloads harder to manage than colleagues further south, according to a Community Care survey.

Nationally, the research, which 784 practitioners working for local authorities or children’s trusts responded to, revealed that 72% found their social work caseloads ‘hard to manage’ (49%) or ‘completely unmanageable’ (23%).

By contrast, 4% of practitioners said their work was ‘comfortably manageable’, while 24% viewed it as ‘mostly manageable’. There were only negligible differences between how full- and part-time social workers saw their work.

But while a majority of social workers in every part of England said they were struggling with their caseloads, the survey showed clear distinctions between regions.

More than 70% of children’s social workers struggled with caseloads on eve of Covid-19 crisis, survey reveals

‘As soon a crisis occurs, it can get unmanageable’: what children’s social workers said about caseloads

In most cases, these broadly corresponded to the regional average caseload (see map), calculated from the 679 respondents who said they worked full-time hours, which was highest in the three most northerly regions. Social workers in the North West reported an average 26.7 cases, more than seven above the 20.5 in London.

Across the country’s southern belt from Cornwall to East Anglia, fewer than seven in 10 respondents said they found their work ‘hard to manage’ or ‘completely unmanageable’.

Percentages ranged from 65% in the South West and East of England to 69% in London and the South East.

Community Care’s survey ran during the first two weeks of March 2020. We asked all respondents, 784 of whom gave complete responses, to identify themselves as children’s social workers employed by English local authorities or children’s trusts and to specify whether they worked full- or part-time hours. Average caseload numbers were calculated using the responses from the 679 social workers who said they worked full-time.

But in both the North West and Yorkshire and Humberside – which between them account for many of England’s most deprived local authority areas, and its urban centres hardest-hit by austerity – more than three-quarters (76%) of practitioners told Community Care they were finding things hard.

Figures for the Midlands were barely lower: 73% in the West and 74% in the East. But in the North East, fewer social workers (69%) said their caseload was causing them difficulties – perhaps a reflection of the very low vacancy levels recorded across the region by government statistics published in late February.

Regional differences were even more marked when only considering the proportion of social workers who said their caseloads were ‘completely unmanageable’.

In every region in the South of England, well under 20% of social workers put themselves in this group, ranging from 14% in the East of England to 17% in the South West.

But almost one third of children’s practitioners in the North West (32%) and Yorkshire and Humberside (30%) gave the bleakest possible assessment of how they were coping, with the East Midlands not far behind at 28%. For both the West Midlands and North East, the proportion was 20%.

Divisions were also apparent when respondents were broken down by team. Again, most social workers reported problems managing their workload no matter what area of children’s services their jobs were in.

But in children in care teams, below two-thirds (65%) of social workers said their caseloads were ‘hard to manage’ (44%) or ‘completely unmanageable’ (21%). For practitioners based in referral and assessment teams those figures were 49% and 32% respectively, meaning fewer than two in 10 social workers doing those jobs looked on their caseloads favourably.

While caution should be taken comparing raw caseload numbers – which do not capture the complexity of individual circumstances – between teams, social workers undertaking referral and assessment duties reported average full-time caseloads of 28.7, compared with 20.6 for those working with children in care. The average across all roles was 24.4.

Looking further at caseload numbers across the 679 full-time social workers who responded to the survey revealed a final, predictable split.

Among practitioners holding 23 cases or fewer, the division between those who saw their caseload as comfortably or mostly manageable, and those who found it hard to manage or completely unmanageable was almost exactly 50/50.

For their counterparts with 25 cases or more, 92.1% said they were struggling, with nearly four in 10 (38.9%) reporting that their workload was completely unmanageable.