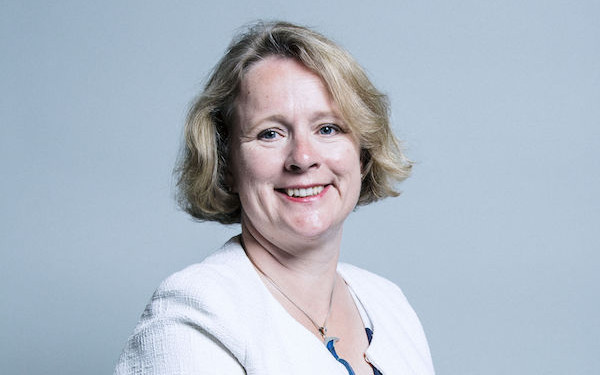 MPs have voted against a move to scrap contentious changes to legislation governing councils’ responsibilities to children in care.

A motion, led by the shadow education secretary Rebecca Long-Bailey, to annul a statutory instrument relaxing a range of duties safeguarding children and young people was defeated on 10 June by 260 votes to 123.

The amendments to regulations, justified by the government as providing important flexibility during the coronavirus crisis, were introduced in late April and enacted without sitting before Parliament for the customary 21 days.

Opponents, who include the Children’s Commissioner for England, Labour, significant numbers of children’s charities and the British Association of Social Workers England, argue the changes are unnecessary and may do harm to children, while some organisations claim they could pave the way for permanent weakening of children’s rights.

The children’s rights charity, Article 39, launched a judicial review this month seeking to quash the statutory instrument. On 11 June the charity said the government had been given until 22 June to respond.

“Judge granted our application to seek a quick response,” a statement from Article 39 on Twitter said. “This means we should hear in about a fortnight whether we have permission and a costs-capping order.”

‘No social worker would put children in harm this way’

During the debate preceding the vote on the motion, the children’s minister, Vicky Ford, failed to answer questions posed by Labour’s Emma Lewell-Buck, the former shadow children’s minister and an ex-social worker, around which local authorities had made use of the new flexibilities.

Lewell-Buck, the MP for South Shields, said she could not “imagine a single social worker, having been one myself, who would allow any child that they work with to be put at harm in this way”.

She reiterated the concerns of many opposed to the statutory instrument, that the changes it introduces mirror measures to deregulate children’s social care former Conservative administrations tried and failed to introduce under the Children and Social Work Act 2017.

Ford claimed the decision to introduce the amendments had been influenced by conversations with social workers who had said the system was faced with unprecedented stresses.

She said the government needed to respond to “the risk that local authorities may be unable to respond to significant pressures posed by Covid-19”, namely the combination of staff absences and an expected spike in demand as lockdown lifts.

Ford said the urgency of the situation had reduced the government’s ability to consult fully on the changes – a key bone of contention, with organisations including the Association of Directors of Children’s Services (ADCS) saying they have not had active input.

She did not address questions posed by Lewell-Buck requesting more detail about the process leading to the drafting of the statutory instrument, and stressed that primary legislation had not been amended.

But Ford said the government was surveying local authorities monthly as to whether they were making use of it, and talking with other parties such as children’s charities in order to assess the impact of any such use.

She said the legislative changes were being used “infrequently” and that there were “no plans” to extend them beyond their planned 25 September expiry date, as is provided for by the statutory instrument.

“If there is a need to extend these flexibilities this will be on a case-by-case basis and subject to full Parliamentary process,” Ford said, adding that she would report back to the Commons before the summer recess.

‘Picking up where the last government left off’

In the wake of the vote, the Article 39 director Carolyne Willow said it was “deeply frustrating” that Ford had used much of her speech to talk broadly about her department’s policy and actions in the face of Covid-19.

“This was the opportunity for the minister to give precise information about why her department considered the global pandemic warranted a behind-closed-doors review of all children’s social care legislation, and why each of the safeguards had to be deleted or weakened,” Willow said.

“There was no such explanation – the repeated references to flexibilities, and the emphasis on primary legislation being untouched, is picking up where the government left off with the exemption clauses of 2016/17,” she added. “That was when the Department for Education first sought to distinguish between core safeguarding duties, and other legal protections.”

Willow said the government was drawing a “false distinction” that showed a lack of understanding of the law and how children’s social work has evolved since the 1940s.

Meanwhile Katharine Sacks-Jones, the chief executive of the Become charity for children in care and care leavers, said it was a “real concern” that the government was sticking with the legislative changes.

“Its’s vital they tell us more about what monitoring is taking place so that we can understand the impact they’re having on the safety and wellbeing of young people across the country,” Sacks-Jones said

Ben Twomey, the head of policy at the National Youth Advisory Service (NYAS) said: “We are deeply disappointed by the result of today’s vote in parliament, but want to thank the MPs who stood up today in defence of children’s rights.

“We will continue campaigning until this legislation is withdrawn and rights are restored to the children we work with,” Twomey added. “Statutory instrument 445 will remain under review until late September, during which time we urge the government to withdraw it at the earliest opportunity.”