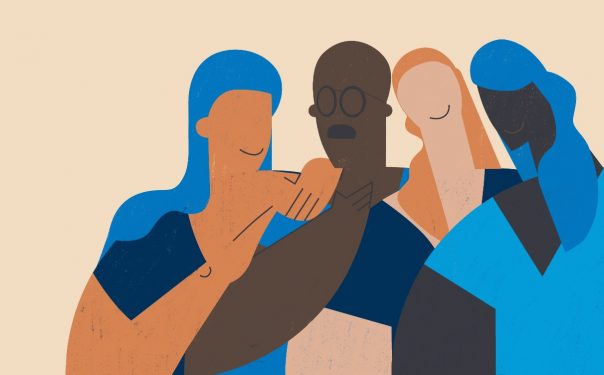 As the London Borough of Newham continues on its improvement journey, one social worker talks about the transformations they have made to her day-to-day life

“I have been a social worker for five years and in the last seven months, my sleep has been so much better. The improvements at work have made my job easier,” says Shalarie, a mother of three and social worker at the London Borough of Newham’s looked-after children team.

Her renewed sleep has nothing to do with changes in her home life. Instead, she is reaping the positives from changes that have introduced greater efficiencies into the workplace, increased collaboration and lowered caseloads.

Newham was rated inadequate by Ofsted in March 2019, with the inspectorate finding leaders had not created an environment for social work to flourish and a lack of ambition for the borough’s children.

But this challenging Ofsted rating did not deter Shalarie from returning in May 2019 after the birth of her second child. 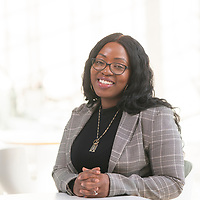 Tim Aldridge joined Newham in July 2019 as director of children’s services from Havering Council, where he oversaw that council’s transition from ‘requires improvement’ to ‘good. While Ofsted found that progress needed to accelerate during a monitoring visit to Newham in March of this year, it said that Tim had ‘given the improvement journey much-needed direction and impetus. Appropriate plans are now in place, underpinned by strong corporate support.’

“My role is to set out the vision to bring hope and remind staff across children’s services that they are contributing to improving outcomes for children and young people in Newham,” he says.

That vision is making Newham a ‘centre of excellence’ for children’s social care – and the best place for children and young people to grow up – by 2023. 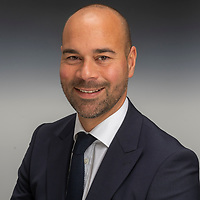 As this timescale makes clear, making this shift does not happen overnight, says Tim. Instead, it relies on embedding a culture change within the workforce over months.

But after working in looked-after children for just over a year, Shalarie says she is already seeing changes. “We have new service and team managers that have focused a lot on permanency planning to make sure we were getting that right. It is beneficial because it means the social workers and the children know what their plans are and that helps to give them security. That security was not there before.”

In Shalarie’s experience, she has seen her caseload drop from 18 to 15 and stabilise. “I know the reduction doesn’t sound like a lot but it’s made all the difference in allowing me to spend more quality time with the children I support.”

Changes in team management has been another positive change with Tim recruiting managers that have experience working in similar social care settings.

Shalarie names her manager Memory Changa, interim practice lead in children’s and young people’s service, and interim service manager, Maura Banda, interim service manager in the looked after children service, among those whom she feels have helped her to progress. Through regular supervision and Newham’s refresher training, she has seen her organisational skills improve, making her better at meeting deadlines.

“The management style is supportive rather than one that relies on micromanaging. This is important because it means I can come to my manager with a challenge I need advice on, and it does not immediately translate to mean I am struggling.”

According to Tim, delivering refresher training, which covers assessment, planning, supervision and direct work, in bite-sized chunks that are repeated ensures that the message is consistent and coherent and can be adopted across the service.

“It’s about how you turn quite complex interventions with people and their families that are living complicated lives into a simple approach that social workers can make sense of,” says Tim.

I can’t leave Newham because I have no reason to leave. I am seeing the growth in myself.

This illustrates how a core part of achieving Newham’s vision is investing in its social workers, creating the environment in which good practice can flourish.

This will be principally through the implementation of a systemic practice model, Newham Together, focused on improving the quality of relationships between staff and families and within the organisation itself.

The learning and development offered to social workers and other practitioners is underpinned by Newham’s social care academy, which will be launched in June along with the appointment of Dave Tapsell, who joins as director of clinical practice.

“Within the academy, there is a faculty for the newly qualified, social workers in their career, first-line managers, leadership, people without a social work qualification. So, if you think of it like a virtual university with a CPD offer, the aim is to have a four-year offer for each individual no matter where you are in your career, depending on the opportunities.”

Fostering a work culture where staff feel supported, show compassion and sensitivity has been key. And this shift towards a much more stable workforce is helping to build resilience.

Despite the restrictions Covid-19 imposes, Tim continues to be a visible part of Newham’s children’s services, swapping face-to-face meetings for more frequent online ones.

For Shalarie, these changes are reasons to remain part of Newham’s culture of change. She has her sights set on becoming a practice educator or consultant social worker and wants to build on her academic background in criminology and working with ex-offenders, as well as her experience working with children that have been involved in gang culture.

“People say that you need to work in different local authorities, but I can’t leave Newham because I have no reason to leave. I am seeing the growth in myself, I have become a confident and experienced practitioner and that has obviously been strengthened by my training, supervision and a manager that understands what management style I need to thrive.”

If you are interested in learning more about a career at the London Borough of Newham, visit the link here to learn more.