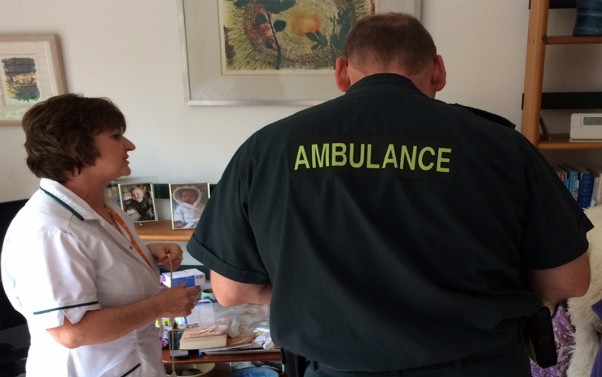 A typical day starts at 7.30am for social worker Carol. She never has an ongoing caseload and her job means she is working alongside paramedics and she is unable to plan and predict her work for the day.

Carol is one of five early intervention vehicle (EIV) practitioners, in the East and North of Hertfordshire that play a vital role in alleviating pressure on NHS resources. Each EIV is staffed by a senior paramedic, a social worker, occupational therapist, physiotherapist or nurse who responds to triaged 999 calls from individuals or care homes. The service responds to patients who are over 65 and have a number of priority conditions which are not-life-threatening, patients are supported with tests, treatment and equipment and care so they can remain at home and not have to go into hospital.

The service was originally developed as a ‘falls car service’  in West of Hertfordshire in 2010 and in the same year, Hertfordshire County Council (HCC) and the East of England ambulance authority (EEAST) lead team won the ‘support for independence’ category at the Health and Social Care Awards . 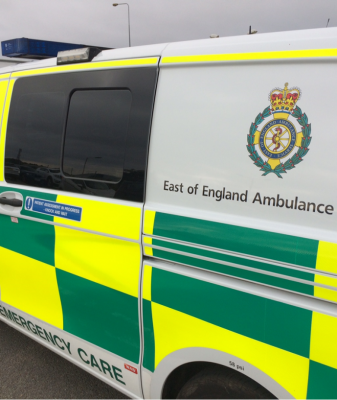 The service responds to patients who are over 65

This concept has since been developed in several other Local Authorities such as Nottinghamshire, Cambridge, Suffolk and West Essex who now have similar services.  In Hertfordshire the East and North Herts CCG together with adult care services and the East of England Ambulance Authority chose to develop an emergency intervention vehicle (EIV) service which has proved so successful that it is soon to be replicated in the West of Hertfordshire from July 2020.

For Carol, the initial appeal came from how niche the role is. “The specification of working as a non-case holding social worker on board an ambulance with paramedics appealed to me,” she says. “As a newly qualified social worker, I wanted an opportunity to remain frontline, whilst being able to embed my learning and develop my practice.

Her job is far from monotonous and no two days are the same, which she says is another positive about the role. “Traditionally the role of a social worker is very autonomous whereas I work with my crew mate as part of a team and I enjoy the camaraderie. I never feel alone and have found the paramedics I work with to be outgoing and supportive.  I also enjoy the immediate gratification and reward the role brings that I have not experienced in a more traditional social work role.”

The satisfaction from seeing immediate results is what Samantha, an OT and early intervention practitioner for East of England ambulance service, values about the role.

“We are able to see immediate results by providing equipment, motivating individuals, re-arranging the home, for example to provide a ‘micro-environment’ gives you a feeling that you have made a difference to someone,” she says. “The job is satisfying as you feel that you are making a real difference working under pressure to meet the best outcome for the service user and their loved ones.” 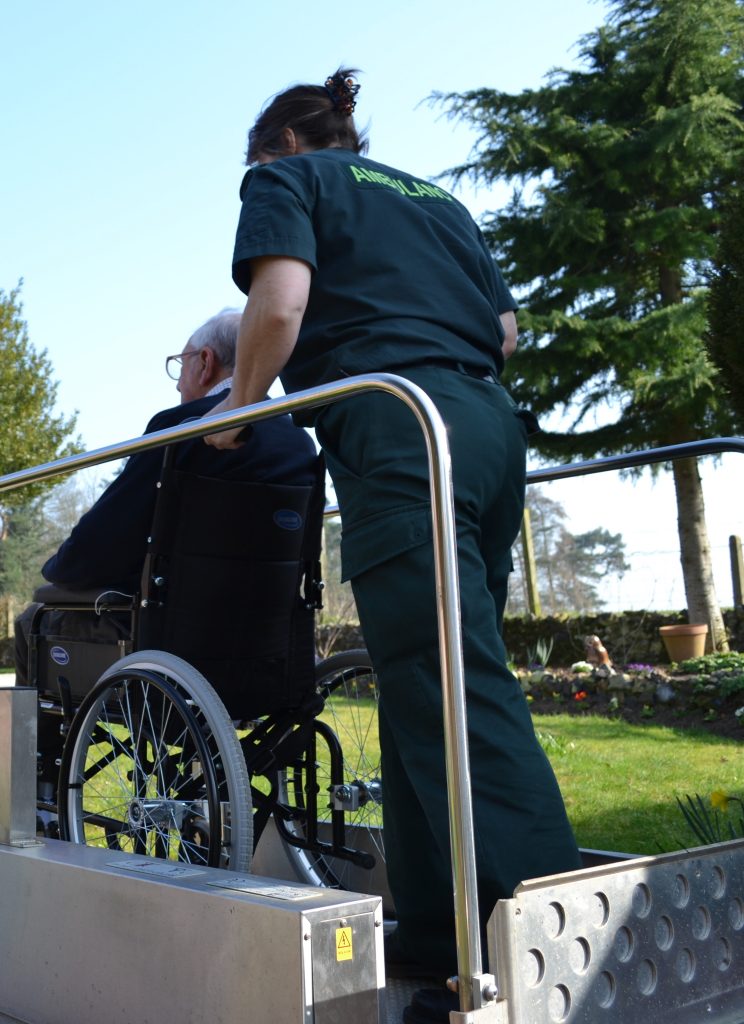 Flexibility is also key to the success in this role and being able to remain calm in a crisis as some jobs we attend can be time critical/life critical cases. The EIV gives the practitioner the opportunity to work autonomously, liaising with other professionals within HCC, NHS, and third sector teams to reduce hospital admissions.

Once there, practitioners use their functional/assessment skills to prevent a hospital admission by assessing the service user’s acute social, functional and ambulatory abilities, as well as standing tolerance. As well as assessing the patient’s health and wellbeing, the home environment is checked in case there is a need for independent living equipment such as rails, risers for chairs and toilets to be introduced.

“The service allows social workers and occupational therapists to assess the critical nature of some cases,” says Gillian Malcolm, the West Herts EIV lead for adult care services, who will lead the new Herts Valley service. “Instead of all service users being taken to hospital by default, it provides options that encourage them to remain in their homes (if the crisis is not critical). It is a preventative measure.”

I am acquiring medical knowledge and skills that I would not achieve in a traditional social work role.

The service encourages older people to maintain their independence which has a massive impact on them, says Carol. “They are happy and grateful to be treated at home because the EIV is able to implement social care provision and safeguard at the point of contact. Service providers also benefit because we do not convey to hospital unless medically necessary which reduces the strain on overstretched A&E departments. GPs are informed of our attendance which highlights vulnerable cases they may not have been on their radar. I am acquiring medical knowledge and skills that I would not achieve in a traditional social work role.”

The Herts Valley service has four vacancies open for social workers and OTs, including one senior social worker or one senior OT. EIV practitioners are expected to work an average of 37 hours per week from Monday to Friday (with some shorter weekend shifts) over a three- to four-week period. A typical day starts at 7.30am and ends at 6.30pm but staff will be able to have three or four days off in any working week.

Despite the long hours, this role is appealing to people that prefer to turn around cases rapidly, those with people skills and those with an ability to listen beyond what is being said, says Carol.

“You need to be able to ask difficult personal questions and be calm in acute medical situations,” she says. “I am acquiring medical knowledge and skills that I would not achieve in a traditional social work role. I am learning, and enjoying being allowed, to be more creative to problem solve.”

The role has been a great springboard for career progression, according to Jeanette Akunebuni, deputy team manager in the E&N EIV service with two social workers formerly in her team now working in family safeguarding.

It also offers staff access to training from the council and EEAST alongside paramedics. EIVs have the chance to develop a good understanding of the local independent sector by connecting with non-medical support, such as day centres, charities or community groups.

For Carol, the role allows her to be creative while continually learning and developing her practice in a more productive and deeper way. She gains regular support from her manager and team and finds that there is always someone to discuss a concern with.

“I have never felt alone or under pressure to make a decision which is really important and rare in social work.  I receive detailed monthly supervision but my manager is always available to discuss cases, decisions concerns.”

Carol believes that the more people EIV visit, the more her role is being understood and appreciated. We are affectionately known as the ‘falls team’ and people are starting to ask for us to specifically attend.  The EIV provides an invaluable and crucial service to both service users which supports other agencies and I believe the more it is understood the more it will become indispensable.”

Gillian says: “I am delighted that the NHS Herts Valleys Clinical Commissioning have agreed to the redevelopment of this valuable service in West Hertfordshire and am looking forward to leading a dynamic and enthusiastic team. I envisage that the West Herts EIV will mirror the E&N Herts service but may need to evolve in response to local pressures.”

TO FIND OUT MORE ABOUT EIV AND OTHER POSTS