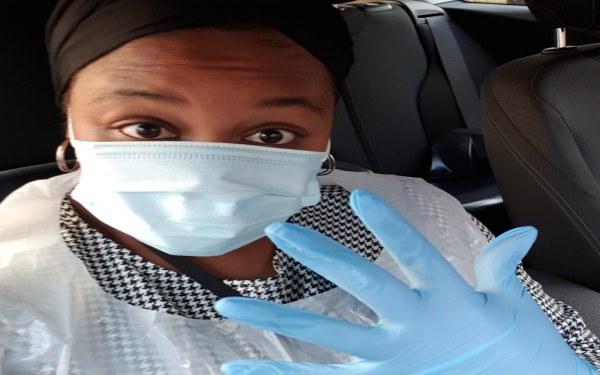 A social worker wearing PPE in preparation for a home visit

Mention lockdown and it is easy to list the negatives. But at CLICK – the London Borough of Wandsworth’s Children in Care Council, the enforced separation is, in fact, drawing young people communities closer together, cementing friendship groups, and supporting  the council’s social care workforce.

The arrival of Covid-19 meant that monthly face-to-face meetings for the three age-based CLICK groups ceased, prompting concerns that young people could be at risk of isolation – impacting on their mental health – and more vulnerable to online grooming and gangs.

However, under the leadership of Amelia Willis, the council’s participation and independent visitors’ manager, Wandsworth has managed to turn challenge into opportunity. 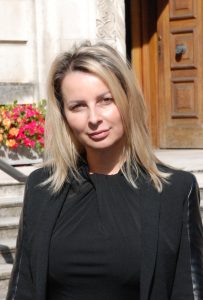 Face-to-face sessions that were once monthly prior to lockdown became fortnightly with children and young people leading on the content of the sessions, their frequency and who they wanted to see, says Amelia, who began her role on the day lockdown started.

“They told us they wanted senior leadership to keep them updated so we invited Ana Popovici, director of children’s services, and Paul Angeli, the assistant director to our sessions,” says Amelia.

Ana, who joined Wandsworth as director a year ago, has already made her mark on children’s services through her engagement with the young people during the height of the pandemic.

“She is so young-person focused and was actually the first person to get involved with Zoom, which says a lot,” says Amelia. “The meeting was so successful; Ana now sends the young people a weekly message which I share on our private Instagram account.” 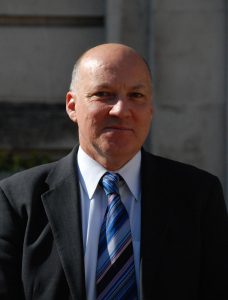 Ensuring that all children feel that Wandsworth is a warm and open home that meets their needs at all time, just as any parent would, is central to Ana role at the council.

“Putting children first implies an overhaul of every single process we have,” says Ana. “Whatever our personal circumstances, the pandemic has affected us all powerfully. Young people’s wellbeing has been preoccupying me greatly during the lockdown.

The Zoom sessions have allowed Amelia to zero in on the specific issues affecting the young people and tackle them during the sessions. Among them, mental health, advice on fitness, education and employment have been high on the list.

“The young people were feeling more stressed about their education and also employment and wanted a Zoom session where they could talk about college options, and job skills,” she says. “I organised a week [of five Zoom sessions] with our virtual school, to give education and employment advice and we were joined by external employers and organisations such as Street League [which uses sport to support employment opportunities] to advise the young people.”

Lockdown has presented an opportunity for us to be more creative

The greatest uptick in participation has come from the CLICK PLUS 18+ group for care leavers, where engagement has almost doubled to 14 participants. It has also attracted young people that had never participated in CLICK prior to the lockdown.

One session that proved to be a positive for the young people was a session organised with George, the director of boxing youth club Carney’s Community, which was set up for young people at risk or who have been affected by gangs/exploitation.

“George talked about setting up your own business and fitness/boxing supporting young people’s mental health,” says Amelia. “We had about six or seven of our ‘less inclined to join boys’  – like it so much they stayed on the Zoom session for two and half hours and did not want to come off because they were chatting about Black Lives Matter, and discrimination they had faced in the education system.”

The session went so well, George has invited the young adults to a socially-distanced boxing session at Battersea Park. 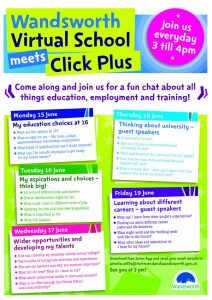 One young man, who used to attend CLICK when he was younger but stopped, joined the virtual Zoom sessions at the beginning of lockdown. He says: “CLICK PLUS has been an awesome support group during lockdown. They have helped many young people who could be feeling quite depressed and confused. It has been good to be able to speak with Amelia and other young people and also to have the opportunity to speak to people such as George and Carl – it’s been extremely helpful.”

The benefits of virtual interaction have been manifold. Junior CLICK – for six- to 12-year-olds – has benefited from interactive sessions where they play games or do colouring-in activities, sent out in the post.

Not only has it strengthened the bonds between the children, carers and CLICK, but these interactions in the older groups have allowed young people to keep in contact with friends and make new ones.

The structure of Zoom also means that young people who may not feel confident enough to show their faces online or speak English – if it isn’t their first language – can still engage via the chat or be part of the group’s private Instagram page. Amelia makes sure there is an opportunity for the young people to break the ice with virtual social games and populates this with positive messages daily and this includes a weekly message from Ana.

The success of virtual communication for the young people has filtered into other areas of Wandsworth. Personal advisers, who support care leavers, were inspired by CLICK to increase their virtual presence.

According to Nora Dudley, the service manager of the ‘Future First’ leaving care service, personal advisers have held cooking demonstrations and curated wellbeing content for young people after being inspired by CLICK’s work. 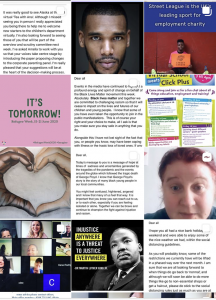 “The Zoom CLICK sessions have been amazing,” says Nora. “To know that every fortnight our young people, in greater numbers each session, are engaging, are sharing experiences, are having fun – they play games remotely. So it’s been a huge emotional boost for our young people.”

The engagement has been an important building block in Wandsworth reaching a gold standard for leaving care. It is the only London borough out of seven local authorities to be selected for the ‘new belongings programme’ run by Coram Voice.

This two-year programme aims to improve support for care leavers by involving them in the process as experts in their own experience. One of the initial tasks for the team was to ensure a high number of young people participated in an online survey they were required to conduct. Virtual technology allowed the team to attracted a higher response rate from the young people, Nora says.

Even though the lockdown is easing, Amelia believes there is a space for virtual engagement to continue and is hopeful that this experience will help to marry the best of both the physical and virtual worlds.

The young people have been able to continue with their participation on corporate and council matters with the use of virtual technology. They  listen in and contribute to interview panels virtually when new staff are hired and a group have attended  the council’s overview & scrutiny committee meeting to put forward CLICK’s proposed changes to its corporate parenting panel as well.

“The lockdown has presented an opportunity for us to be more creative, step forward and show what we are doing,” Amelia says. “We have seen the benefits in the way that our children engage with us and that can only be good thing.”

Be part of a team making a difference to the lives of children and young people in Wandsworth and find out more about their jobs here.
Read more about working at Wandsworth here.