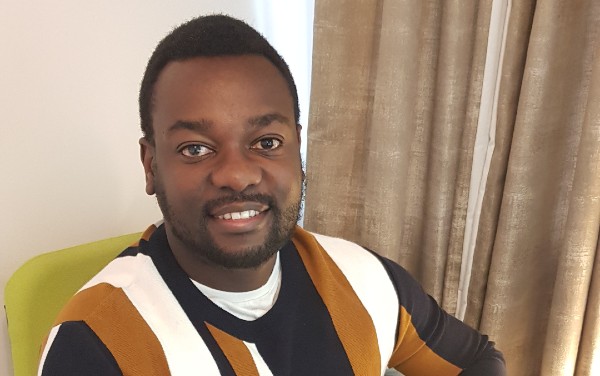 Social work teams have, understandably, found the coronavirus pandemic particularly difficult. Social work is a profession built on the strength of human relationships, both with those who are vulnerable and need help, but also with other professionals and team members.

Davina Malkin, team manager for one of Hampshire’s Children in Care (CiC) teams, and one of the social workers in her team, Farai Saunyama, have been reflecting on the challenges and learning from the last six months.

Along with many other social workers around the country, Farai says he found the change in working patterns forced by Covid-19 very challenging.

“I found myself feeling confused because going out and seeing people is a core aspect of the job and that was a big change for me. Also, I’m someone who very much likes to go into the office. I like to interact with people and have that peer support; I found that challenging as well.

“I had to respond to a crisis and emergency reunification the other day and it felt like the most social work I’d done in a while.”

Davina agrees and points out that, for social workers, seeing children and families face to face is often the part of the job they love the most.

“We have still been visiting those children who we feel haven’t been responding well to virtual contact or where we feel the risks are high. But we’re now at the stage where we are making sure we have at least one face-to-face visit with all our children, even those who seem quite settled, just in case restrictions do tighten again.

“I’ve noticed such a difference in the social workers in my team; now they’re doing more visits with families.”

However, both say their working lives would have been far more difficult without the high-quality technology infrastructure in Hampshire.

Although Microsoft Teams was in place, it hadn’t been widely used before lockdown, Davina says.

“But within the first week we were all on Teams and we all knew how to make phone calls and video calls but also use all the other elements like the chat function. So, we were able to send links to foster carers during calls and talk about the material.

“I was really worried about how we would all keep in touch and stop people feeling isolated. We now have weekly team meetings instead of fortnightly and I make sure everyone puts their camera on, so we still see each other.”

“The other saving grace has been the chat function so every morning people will check-in, say good morning and resolve issues such as duty cover, or if needed, people will instant message and get support straight away from someone in the team,” Davina adds.

“We actually wouldn’t get that in the office because we are rarely altogether in the same place, so in some respects we’ve gelled together more strongly as a team.”

Hampshire is one of the largest counties in the UK, covering 1420 square miles, with a population of 1,382,500. All social workers end up doing a lot of driving in the county, but Davina points out that the CiC team do more than most, as many of their children are placed out of county, including some as far afield as the Scottish islands.

Farai says that, because of this, team meetings have not been well attended in the past.

“But now we are all more available,” he adds. “I really look forward to the team meetings and I feel like the amount of support available from my colleagues has actually increased because you can see everyone’s diaries and whether they’re available for a quick chat or not. I have found that really helpful.”

However, Davina was quick to notice an emerging problem when doing numerous video meetings and conferences.

“It can be very relentless. Before, when you were attending a meeting or conference, you often had the drive to mentally prepare and also then to review and reflect. You don’t have that when it’s all online and I was noticing the temptation for us all to put in meetings back to back, which is exhausting.”

The importance of taking breaks

She made sure her team built in time between meetings – even suggesting they should consider taking the time that would normally be spent driving to, instead, engage in reflective activities or take a break.

For Farai this has been vital to maintaining his wellbeing working from home.

“I was finding it really hard because I’m working in my lounge room now. Before, I always had the break between the office and home but now it’s really hard to switch off.

“I took on board what Davina was telling me, as well as other senior managers. Now I work when I feel most refreshed and effective. That’s not always the normal working hours, but it’s helped me manage working from home better. Also, we have a nine-day fortnight in Hampshire and having that extra day off to rejuvenate is always helpful.”

The team also rallied around to help each other.

“One member of the team was really struggling at one stage so one of the other social workers who lived nearby started meeting up to take her for a walk,” Davina recalls.

“For me as a manager it was important to be conscious of everyone’s situation – who had home schooling commitments? who was living on their own? – because that’s hard too. There’s no reason to stop working or take a break and no one to offload to. So everyone needed different levels of support and flexibility. And it wasn’t just me who knew that, but the whole team, and we all worked to help provide that support.”

Davina says another challenge was feeling disconnected from the wider organisation.

“I don’t see other managers now. When we were in the office, we would be able to chat and support each other and I’ve found that hard.”

So, it was appreciated, she says, when senior managers in children’s services organised virtual coffee mornings and fun participation event challenges.

“It was really nice putting faces to names that I’d not met before and also seeing them in their own lockdown environment. It was a real lift to realise we were all in the same boat.

“We have one senior manager who insists on always having the camera on because she says she likes to be nosey about your house. And that opens up a different level of conversation and banter with senior managers that you wouldn’t get in an office environment. I think you learn more about each other.”

Farai says he has always felt valued and supported in Hampshire and that hasn’t changed despite the shift to remote working.

“The PAs (personal assistants) are amazing. I’ve never had that anywhere I’ve been before – to have someone who helps organise meetings, sends out travel warrants and reviews minutes is really good. Also, we have these hybrid devices that are brilliant. I’ve never before had a mobile device that has the full functionality no matter where you are. It just saves so much time. I can be pulling together a crisis plan while I’m there, without having to get back home (or to the office) and remember what everyone said.”

Davina agrees the lockdown has shown them the full possibility of the technology that was already in place. Because everyone is now using it regularly, some things will never go back to the way they were before, she says.

“I don’t think we’ll ever ask someone to travel an hour to attend a meeting anymore. There are also an awful lot of multi-disciplinary meetings that can be done virtually and, in fact, will be better because they are likely to be better attended.”

She also says she has valued the insight lockdown has given her into her team.

“If you had told me a year ago this was going to happen and asked me to predict who would manage and who wouldn’t, I would have got it completely wrong in some cases. I’ve been so impressed at how people have adapted quickly to what has been an incredibly difficult situation.”

If you’re interested in working for Hampshire’s children’s services then register your interest with a CV or search for jobs. If you’d like to find out more information about Hampshire check out the employer profile.