Disability is no barrier to working in social care 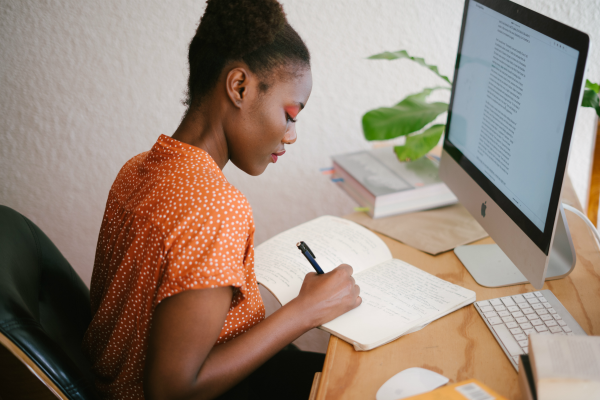 How Swindon Borough Council is supporting staff living with disability

Chronic ill health meant it took Henrietta 12 years to qualify in social work. But her determination paid off and thanks to support from her manager and team at Swindon Borough Council, she is combining two of her passions.

She now works in the council’s transitions team, supporting young people with learning disabilities, neurodevelopment conditions such as autism. She also helps young people on their route to adulthood into supported living, education, employment or volunteering.

Henrietta’s own journey through education and employment, while living with health challenges, was made easier by Swindon’s supportive approach to her disability. Henrietta lives with fibromyalgia – a chronic condition where she experiences constant body pain and tiredness. She also has an unstable pelvis which affects her mobility. These ailments, initially undiagnosed, were the reason why she missed out on qualifying as a social worker the first time around. 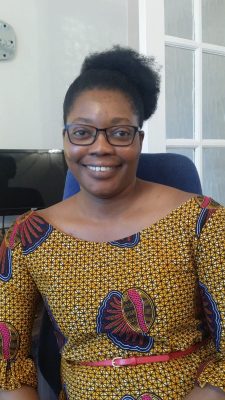 “I was just three months away from completing my MSc in social work and had to leave everything, in 2012,”says Henrietta, who has worked as a social worker in Swindon’s adult transitions team for over two years. “When things settled in 2016, all I wanted to do was retrain again. It took me two years before I qualified in 2018 and started working at Swindon.”

Prior to qualifying, Henrietta was a support worker for adults with learning disability and mental health problems. She developed an interest for working with vulnerable children and families during her retraining placements.

“I worked with children aged between 0-18 and partnered with multi-agency partners such as the police and schools. I’ve always had a thing for education so I liked that aspect.”

When a role in Swindon’s transitions team came up, she jumped at the chance. The role involved working with young people aged between 14 and 25 that have a learning or mental health disability, such as autism or a physical disability, and need support in areas such as education or employment. The role was perfect for Henrietta, but she wasn’t sure if her health issues would be an obstacle.

It’s taken me 12 years to qualify – that tells you that this is something that I have always wanted to do.

“I was in the final year of my placement and the post was for a senior practitioner. When I told Louise Holmes, my practice educator that I wanted to apply, she encouraged me to and said Swindon Borough would take care of me. I then rang the transitions team manager, Hannah Ferguson, to enquire whether I could apply as a newly qualified and she strongly recommended I did.”

“After Hannah rang to let me know that I had been successful, she asked me if there was any way they could support me because of my condition. That melted my heart. I could not have asked for a better manager.”

Swindon supports employees with disabilities through a range of ways. These include support from occupational health, and flexibility to work from home two days a week. This is not standard practice but was what Henrietta needed. She also receives funding for taxis which comes from the government’s Access to Work grant and allows her to get to her appointments.

The equipment Henrietta needs, such as a specialist chair, soft touch keyboard, vertical mouse, Dragon software for her laptop (to help her dictate rather than typing due to painful and stiff hands), were jointly funded by Swindon and the government’s Access to Work grant. 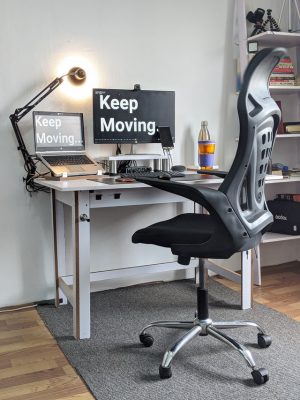 Henrietta is not alone as there are a few other staff members that do not drive. “ I thought I was not going to get a job if I wasn’t driving – I guess that’s because there is a view that to be a social worker, you have to drive. It also helps that Swindon covers a smaller geographical site compared to neighbouring council areas.”

Rather than being an obstacle, Henrietta’s disabilities have helped her connect with service users and their families, and share that knowledge with her peers and managers.

She has been able to share those lessons with colleagues from her assessed and supported year in employment (AYSE) portfolio, which she put together based on work with families. This work was commended for being person-centred in its approach, and hailed as being an exemplar for external moderation.

“I have learnt and reflected that in supervision with my manager, when we want to develop a good and trusting relationship, we should put aside what we think, feel or know, and be there for the service user.”

Henrietta was also able to connect and empathise with a young lady living with Ehlers-Danlos syndromes – rare inherited conditions that affect connective tissue and cause joint pain. These syndromes meant the young lady spent long and continuous spells in hospital. “I think unless you are going through it, it is difficult to understand that we go through pain every single moment of the day.”

But Henrietta was able to share this experience with her peers and managers to ensure that social workers are reminded to take that into consideration when they are supporting service users.

In another situation, Henrietta was able to connect with a pastor and his wife who were struggling to cope with their young adult son’s increased behavioural challenges. Many of the young people that Henrietta works with have autism – a condition that her son also lives with. As a result of the parents’ challenges, they kept changing their support plan and eventually said they could not care for their son anymore and wanted him to go into supported living.

Being the daughter of a pastor meant Henrietta felt she could empathise with the family’s situation. After listening to the family, she requested that the mum have six hours of time off each Sunday so she could join her husband at church – something she had wanted to do for two years but had not been able to do.

“I later got an email from the mum saying we should halt their supported living request as they wanted to care for their son at home. They never changed the support plan after that and there were no issues for a year until it was time to review his case again.”

“I really like the idea that with my role, you are not just supporting the individual, you are supporting the whole unit – the family. And the support I receive from my own family inspires me to work with families who in turn, support their young adults.”

Why working within a supportive and stable team is reaping results

Proving the power of multi-agency teamwork in adult safeguarding