By Mithran Samuel on December 21, 2020 in Children 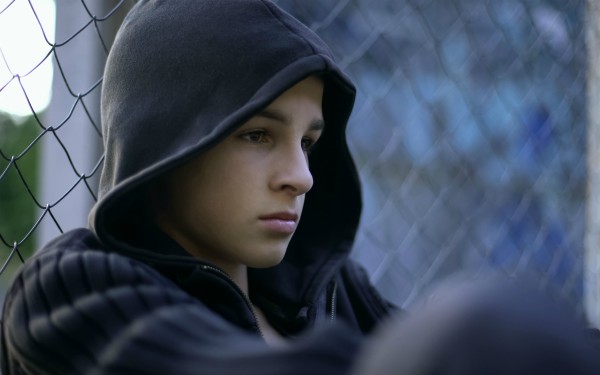 Inspectors have demanded an overhaul of one of England’s two secure training centres after the provider “ignored” their findings that newly-admitted children were being locked in their rooms for 14 days.

They have issued an “urgent notification” to justice secretary Robert Buckland to take action in relation to Rainsbrook STC after a return visit this month found only “limited progress” from provider MTC in response to a damning inspection in October.

The key issue uncovered in the inspection by Ofsted, the Care Quality Commission and the prisons inspectorate was the practice of keeping newly-admitted children locked in their rooms for all but half an hour a day for two weeks.

‘Highly likely to be damaging’

While permissible under the centre’s delivery model and designed to tackle the spread of Covid-19, inspectors found no rationale for a practice amounting to solitary confinement, saying there were sufficient staff to provide the children with meaningful activities and social contact within Covid guidelines.

The inspection report said the practice was “highly likely to be damaging to their emotional and physical well-being”.

In a letter to Buckland, Ofsted chief inspector Amanda Spielman said that inspectors notified the Ministry of Justice and Youth Custody Service, which oversees STC, following the October visit and were assured, at a meeting in early November, that immediate action would be taken to address the concerns.

Secure training centres are one of the three types of youth custody establishment, alongside secure children’s homes and young offender institutions (YOIs).

They are run by private contractors – the other remaining STC besides Rainsbrook, Oakhill, is run by G4S – and accommodate children aged 12 to 17, who have either been sentenced or are on remand. They are smaller than YOIs and are designed to focus on education and training and preparing young people for their return to the community.

However, a monitoring visit on 10 December found newly-admitted children were still being locked in their rooms for all but 30 minutes of the day and limited progress from MTC on tackling other findings.

Spielman said that children still faced a “spartan regime”, with little encouragement from staff to get up in the mornings or meaningful engagement.

She said: “Rainsbrook was warned that its treatment of newly admitted children was unacceptable, yet these concerns have been ignored. Some of the most vulnerable children are being locked up for days on end, with little thought about their safety or well-being. Leaders and government must act now to address this.”

In her letter to Buckland, Spielman said that the inspectorates had decided to trigger the rarely invoked urgent notification process because of longstanding problems at the centre, citing “the continued poor care experienced by children, the lack of leadership grip and lack of oversight of practice by local and national leaders”.

The centre in Warwickshire has been rated ‘requires improvement’ since MTC took over responsibility for its running in 2016 and the October inspection found only one of 19 recommendations made in an inspection in February had been fully addressed.

This is despite some of these requiring immediate action, such as ensuring that direct staff observation of children taking showers was only done as a last resort and taking effective action to reduce violence levels.

Under the urgent notification process, Buckland has 28 days to respond – publicly – to Spielman’s letter (dated 16 December) on how improvements will be made at the STC.

Responding to the inspectorates’ findings, justice minister Lucy Frazer said: “These findings are incredibly concerning and disappointing, particularly as MTC gave repeated assurances that they would act on previous warnings.

“We have immediately stopped placing young people at Rainsbrook and have appointed additional, experienced management staff to oversee the swift and thorough improvements we are demanding.”

While admissions to Rainsbrook have been stopped until further notice for boys, girls may be admitted under exceptional circumstances because of Rainsbrook’s specialist provision.

A spokesperson for MTC said: “MTC recognise the severity of this urgent notification and remain committed to strengthening and improving our work at Rainsbrook Secure Training Centre (STC).

“Following Ofsted’s initial recommendations, we immediately installed new leadership and implemented measures to improve and strengthen governance and management oversight at the centre.”

‘More should have been done’

The spokesperson added: “We recognise there is more work to do to improve the centre and we do accept more should have been done during this challenging period.

“We understand what changes we need to make to ensure this does not happen again. We are confident the new leadership and the new measures will deliver safe and effective services that will protect and safeguard the children and young people in our care.”

The news has reignited concerns among children’s organisations about regulations made in July, in response to the pandemic, that allow STCs to keep children in their rooms for 22.5 hours a day, compared with a maximum of 10 under normal circumstances.

These will remain in force for the duration of the pandemic emergency – as deemed by government – though could potentially last until their expiry date of March 2022. Inspectors found they had not been made use of by Rainsbrook.