‘Our inspirational senior leaders invest in us’

Three years ago, on a visit to the London Borough of Bexley, Ofsted found that “the nurturing conditions created by leaders [had] enabled social work to flourish”, resulting in an “increasingly stable workforce”. The result was an ‘outstanding’ rating for an authority graded ‘requires improvement’ at its previous inspection, in 2014, and ‘inadequate’ two years previously.

For social workers at the south-east London authority, that nurturing culture is both keeping them at Bexley and enabling them to thrive in their careers, whether they want to step into management or develop as practitioners.

Since joining the authority in 2015 as a locum social worker, Jamie Nabieu committed to a  permanent career in Bexley and has now progressed to being team manager of the children with disabilities team.

‘It’s all about personal development’ 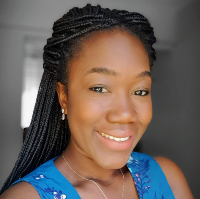 “In terms of working here, it is all about personal development,” she says. “We’ve got really great training opportunities… As a whole, the local authority strives to get its staff to develop at every level.”

“We have performance conversations quarterly and that enables you to think about what you want to do and achieve,” she adds. “When I said I really wanted to become a manager, I was supported to do that in many ways. When I did become a manager, I had great examples around me and that really helped me. There’s definitely that support in career progression.”

Unlike Jamie, senior practitioner Hannah Porter has not moved into management, but that same learning culture has enabled her to develop her career as the authority’s child exploitation and missing lead, a role she carries out alongside working in the multi-agency safeguarding hub.

“I’ve got a master’s in social work and did an additional module on CSE that was funded by Bexley at the centre for child exploitation at Bedfordshire University,” says Hannah, who joined the authority in 2014 as a newly qualified social worker. “I went on training yesterday that was really great – really up-to-date learning from serious case reviews. We have to move with the times and we’re able to access training that’s relevant, that’s up to date and that allows us to have a temperature check with best practice nationally.”

“Within the last year, there have been a lot of opportunities to develop myself as a leader,” says Joe Hellawell, a team manager in one of the authority’s referral and assessment teams, who rejoined Bexley in 2019, from a neighbouring authority.

He cites being invested in to undertake Frontline’s Firstline programme, which aims to develop team managers’ leadership skills, through a combination of one-to-one coaching sessions and residential sessions over 10 months.

Bexley is ‘investing in me’ 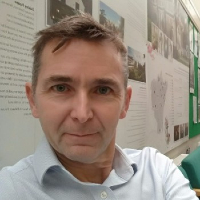 “It helped me to see that Bexley is investing a significant amount of money in me and putting quite a lot of store in my development for the future – giving me time and space to do that,” he adds. “I wouldn’t have had that opportunity in my previous authority.”

Joe has also been given the opportunity to support the development of a network of practice champions, who specialise in particular topic areas and whose role it is to develop and share expertise.

It’s a lot alongside a busy team manager role, but he is thriving.

“I’m involved in developing their practice and bringing them together to then disseminate their learning,” he says. “It’s good for my development and for making an impact outside my team.”

Joe, Jamie and Hannah are clear where this learning and development culture derives from, in an echo from Ofsted’s judgment from three years previously.

“It comes from senior management,” says Joe. “Having inspirational directors and assistant directors has been really positive for Bexley.”

Hannah cites Fi Cisneros, her deputy director, as a particular source of inspiration.

“She is just phenomenal – she’s so in tune with us as practitioners, emotionally and practically. There are no limits to what we can achieve as far as she’s concerned. Everything is measured, everything is caring”

Fi herself adds: “The general flavour and culture in Bexley is that we all sit on the shop floor. We’re accessible, available and approachable. You never have to jump through hoops to see your senior leaders.”

This is certainly Hannah’s experience. 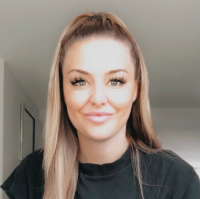 “If I had an idea I wouldn’t think twice about going to the deputy director or director,” she says. “You don’t start thinking ‘oh my god, don’t make eye contact’. You can have those conversations and he’s the director. There’s none of this ‘we’ll write a report and feed back to you’.”

“When I joined, Bexley was seeing demographic change and that meant staff needed to be increasingly culturally competent,” she adds. “I was able to flag that up with senior management and they reflected that in the training offer – we had training form AFRUCA [which works with black and ethnic minority communities to safeguard children] and other specialist services.”

Besides senior leadership commitment, there are several other building blocks that support Bexley’s focus on learning and career development.

Its strengths-based practice model, Signs of Safety, which the authority provides extensive training in, is, says Jamie “in every single thing we do, our electronic systems, how we do our meetings and supervision”.

Bexley also has extensive links with a number of universities. These not only provide practitioners with specialist training – for example, the opportunity to undertake modules in Kent University’s MA in advanced child protection – but also with chance to get involved in delivering learning themselves.

Instead of having to wait for vacancies to crop up in teams, social workers can make the jump to senior practitioner through providing evidence of work to one of the authority’s career progression panels.

“They present a portfolio that is assessed by the panel and are invited to talk about their learning and development through the year, to reflect on their practice, the highlights and what they might do differently,” says Nicki. “It’s a real opportunity to transition into a senior practitioner role.”

For those who want to step into management, it has established a leadership academy, which provides development programmes at all levels of seniority.

Another strength is the non-caseholding assistant team manager role, which is found in Bexley’s referral and assessment, child protection and children in care teams, a position Jamie and Joe both fulfilled on their way to team manager.

“It’s increasing that leadership capacity in small teams, for staff to be supervised and supported,” says Nicki. “It develops your leadership skills, your management skills as well as supervision and support opportunities. It really sets those foundations to develop and build on to transition into a team manager position, and then hopefully a service manager position.”

The result of such opportunity is a very stable workforce at all levels.

Says Hannah: “I’ve been there a long time and I feel settled. I really do wave the Bexley flag. It’s not always been an ‘outstanding’ borough, but it’s always had that same feel, that we care and we are in it together.”

Check out the latest opportunities at Bexley here. 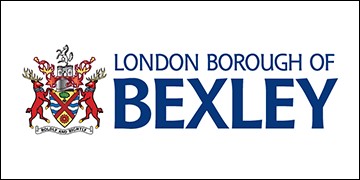