‘Working in child exploitation is not just a job for me, it’s about changing the lives of young people’ 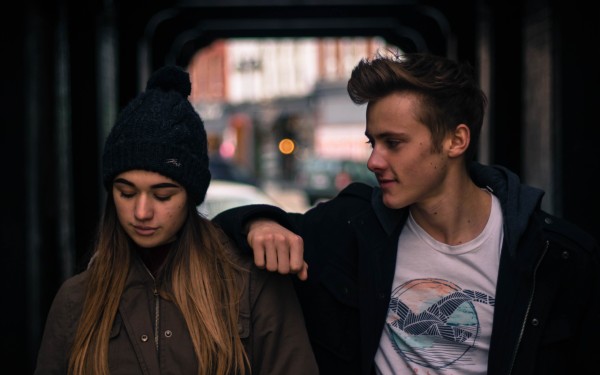 The City of Bradford Metropolitan District Council's children's services is building on existing work to tackle the exploitation of children and young people with the roll out of a new hub. We find out how multi-partnerships and a culture of listening are helping

“Young people growing up in Bradford should have the opportunities and aspirations to be somebody and achieve something in their lives. That is what I am passionate about changing in the city,” says Zoe King, child protection manager in children’s services at The City of Bradford Metropolitan District Council.

Zoe leads a team of child exploitation (CE) social workers and will be heading the council’s new co-located CE hub, when it is rolled out later in the year.

The new hub will build on Bradford’s existing work on tackling the exploitation of children and young people through its longstanding partner relationships with various agencies, including the police, health services and voluntary organisations.

The work involves diverting and disrupting exploitation linked to county lines, urban street gang disputes between children from different postcodes, young people carrying weapons and other examples of criminal exploitation, as well as supporting those who are coerced into selling drugs as individuals or as part of a group. This can result in children being exploited criminally and sexually.

Nabeel Hussain, head of service for the integrated front door, emergency duty team and exploitation hub, says: “While the authority has had a bespoke exploitation team for some time, significant investment and commitment has been made to enhance the existing service provision. The exploitation hub will seek to draw on contemporary research and best practice to ensure children are safeguarded from exploitation in all its forms.”

Bradford also partners with such organisations as the Children’s Society, which offers training and consultative support, and PACE, which works alongside parents and carers of children who are being sexually exploited or at risk of being so. 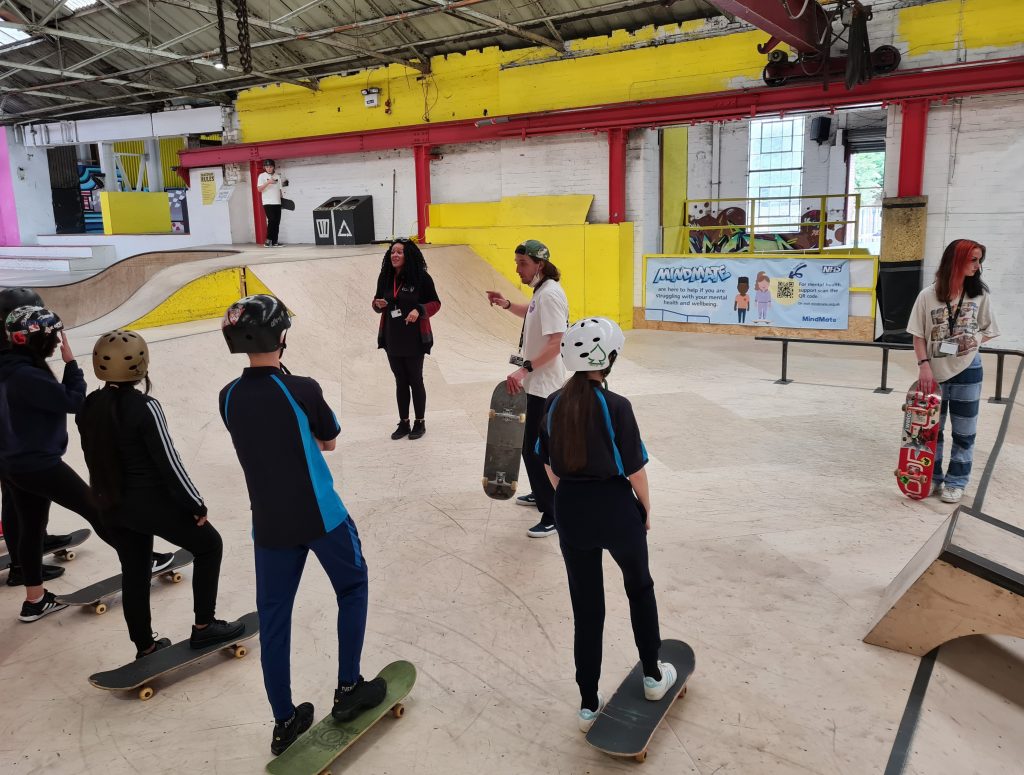 “Our team is focused primarily on child protection but we review everything so if there is the slightest whiff of exploitation, we can identify the vulnerability level and either tackle it or signpost it to the right place,” says Zoe, whose team currently sits alongside Bradford’s integrated front door team.

Working with organisations such as children’s charity Barnardo’s, which Bradford has done for 16 years, means that even before a case becomes serious, social workers are able to take advantage of the skillset, information and experience of colleagues in those agencies that work face-to-face with the children.

“We have good links with the voluntary sector and the youth service, and this is relatively unique compared to other districts in the country, and means we already have strategic buy-in across all our partners,” says Zoe. 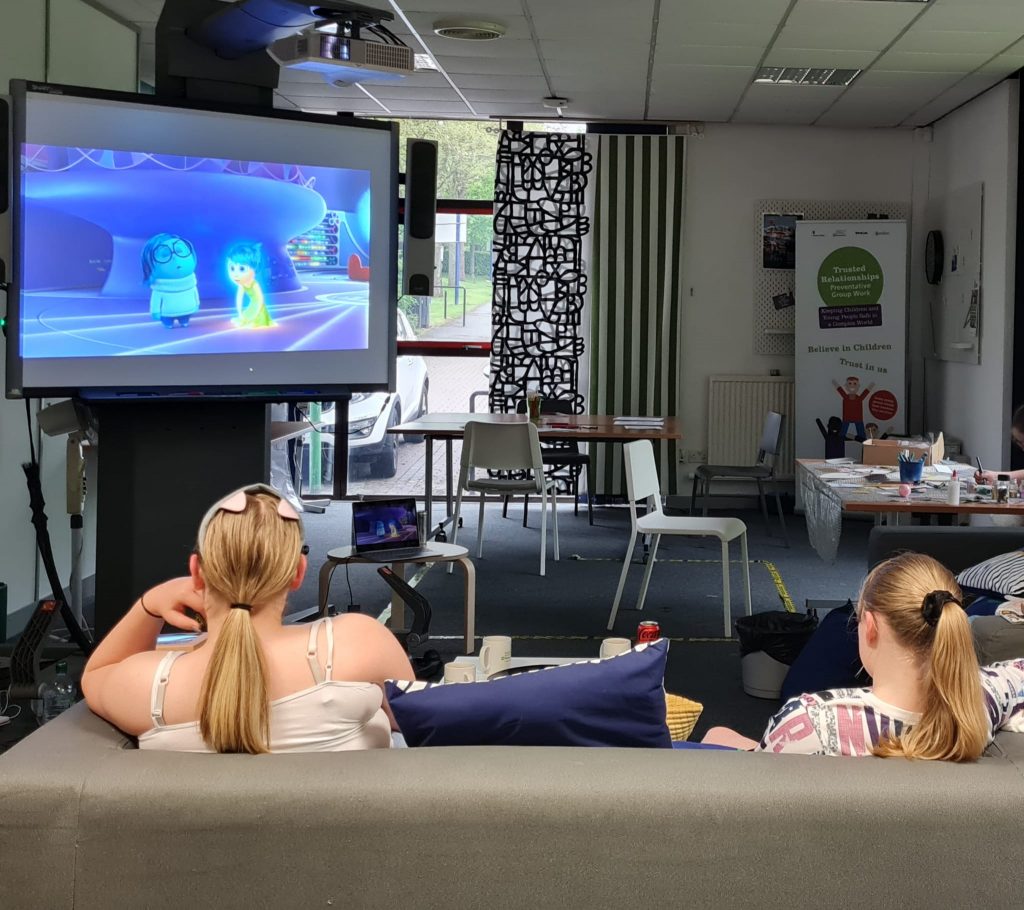 Bradford is a relatively young city with a quarter of its population under the age of 25. It is also a  sanctuary for many persecuted migrant groups, some of whom have carried with them coping strategies to protect them from harm.

“We have migrant children who have come to Bradford from the Rohingya camp in Bangladesh [which has taken in refugee Myanmar nationals] who witnessed terrible atrocities and have complex issues,” says Zoe.

“We have worked with some children who would carry knives to school in their home country as it was an accepted means of protection. However, through educative and relationship-based practice, we were able to highlight the serious risks and implications of this in Bradford. Similarly, children staying out late or adopting the role of the parent figure to look after the family is understandable but also exposes them to risk.”

Initiatives such as Barnardo’s intervention service, Turnaround, are therefore aimed at addressing these risks. Turnaround supports girls aged between nine and 18 who have been or are vulnerable to being sexually exploited.

“Our work is trauma-informed and psycho-educative, and involves working with children and young people to build self-esteem and confidence around themes such as safe relationships, diversionary activities and education, says Deborah Buxton children’s services manager (north region) at Barnardo’s Bradford. “This approach means exploitation can be identified in the early stages, and support stepped up before it escalates.”

For Sylvana, who has worked as a social worker in Bradford since 2012, the ultimate goal is ensuring there is a good outcome for the child or young person.

“Understanding the risks is key – as well as understanding the demographics of the areas you are working in, appreciating the cultural diversity and knowing the local services available to support your work. It is critical when working in this highly rewarding but challenging area,” says Sylvana.

Bradford’s new co-located CE hub will capture the specific needs of children and young people spread over its four localities: Bradford East, Bradford West, Keighley and Shipley, and Bradford South. The three localities in Bradford are inner city areas and have different challenges to the other more rural areas.

Child exploitation social workers will represent each of the localities in a non-case-holding role. Their responsibilities will be to support and complement statutory social workers in reviewing a young person’s risk levels (ie gang activity in the area), while plugging into support structures such as Breaking the Cycle. Breaking the Cycle has skilled and experienced youth work practitioners working with young people involved or at risk of serious organised crime, urban street gangs, county lines, being exploited or exploiting others, and is led by Heather Wilson, the commissioner of youth provision.

Social workers have regular supervision and appraisal from their line managers but also have access to training from the other agencies they work alongside.

“The Children’s Society has offered a lot of training in exploitation as well as other forms of training from Dr Jessica Taylor [a psychologist* who specialises in trauma, violence and abuse] on brain science and development to understand, in depth, why children react the way they react in certain situations. There has also been training from Zoe Lodrick [a trainer specialising in sexualised trauma], which is well-known in exploitation circles in exploring the psychology behind it.” 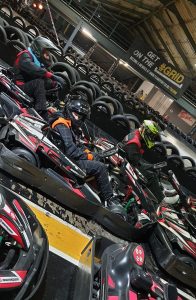 Other benefits are the daily risk assessment meetings (RAM) that the child exploitation team attends with partner agencies.

Nabeel says: “The RAM meetings are to discuss the circumstances of individual children who may be vulnerable to or experiencing exploitation. Information is shared so that the lived experiences of children are well understood before support can be identified. The meetings are also central to developing creative safety plans for children so that risks can be understood, disrupted and incrementally reduced.”

The child exploitation team also sits on the organised crime mapping meetings with police and other enforcement agencies. “There are probably about 40 agencies with enforcement powers, including HMRC, benefits, environmental health, and immigration that we sit on,” Heather adds. “And although we do not have enforcement powers, we are able to seek assistance from those agencies that do in helping us to disrupt child sexual exploitation.”

One example Heather points to is the work they are doing with Bradford-based security services company Kings Secure Technologies (KST) to help disrupt child exploitation. Barnardo’s is teaching KST’s security officers how to spot signs of child exploitation and adopt a zero tolerance approach aimed at preventing it.

According to an independent evaluation report by the University of Warwick, Bradford is seeing a positive reduction in forms of child exploitation when partnering with the police, health providers, youth service agencies and other third party organisations.

The report is based on submissions from professionals, young people, parents and carers, who have used the service and includes testimonials of how child exploitation work has made a difference.

The results speak for themselves, echoes Deborah who cites multiple testimonials from young people [read a case study here] who have been supported to cultivate positive relationships with safe and trusted adult through Barnardo’s Turnaround initiative.

“The young people tell us that they feel protected from the work we do to support them. Others have come back to volunteer for Barnardo’s.”

Check out the latest job opportunities at Bradford Council here.