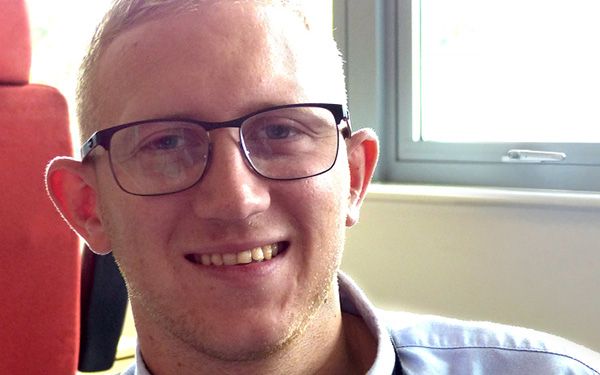 South Gloucestershire Council is investing significantly in social work, building on a culture that already prioritises career progression and listening to staff

The council is investing significantly in its social workers to fulfil its number one priority – creating the best start in life for children and young people.

On top of this, it has just introduced an annual £3,000 retention payment for its children’s social workers with two years’ service in an eligible post, inclusive of any period on the assessed and supported year in employment (ASYE) programme.

Councillors signed off an additional £1.3m for children’s services for measures to be implemented straight away, and have agreed to invest a further £15m over the next four years.

“We need to show the ambition we have for our young people, and we need to invest in the things which will allow our staff to make the biggest difference to children and young people,” says Chris Sivers, director of children, adults and health at the authority.

However, this investment is building on an already strong culture of support for social workers at the council.

‘They keep pushing you to do your best’

Practitioners see the emphasis on their career progression as a significant plus about working at South Gloucestershire.

Advanced social worker Callum Bagley is currently on secondment in a locality team from his role in the children with disabilities team. In December, he will move up to being a senior social worker (a more senior role than advanced social worker) in the care leavers’ team, just five years after joining the council as a newly qualified practitioner.

He says this level of progression has been fostered by his managers encouraging him to take up training and development opportunities on topics of interest and supporting him to identify areas where his practice could improve.

“I expressed my wish to become a senior social worker and my manager [in the children with disabilities team] helped me identify that, actually, the child protection aspect of my role needed a little bit of work. So, we facilitated a secondment to a locality team.

“I don’t think he ever expected me to go back to the children with disabilities team, I think he really saw it as an opportunity for me to move on to that next level of what I wanted to do. I guess, it keeps me feeling motivated. They keep pushing you, they keep wanting you to do the best for the families and also for yourself.”

“They’re committed to progression,” says Jo Avery, manager of the connected care fostering team. “If you are ambitious and want to succeed in whatever way there is, there’s opportunity for growth in your career.”

Having joined the council 16 years ago as a social worker, she has progressed to advanced and senior social worker, and then manager in just the past few years.

A key ingredient in this for Jo has been the council’s support with her dyslexia, firstly in supporting her to get a diagnosis and then assessing the workplace support she needed and putting this in place.

“I was an advanced social worker when I had my diagnosis and then I shot right up to senior and management when I understood what was holding me back. My managers really supported me with that.”

Bill Boon has experienced similar levels of progression, having taken on managing one of the council’s response teams – who are responsible for assessments – earlier this year, six years after he joined the council as a social worker.

The council’s substantial training offer has been a key factor in his progression. After joining, he has trained as a practice educator, practice supervisor and consultant social worker for the Frontline programme, for which he managed a unit of trainee social workers at the council. He is now on Frontline’s Firstline programme for managers.

“It’s a culture within the local authority where training and professional development is encouraged,” he says.

Bill, Callum and Jo also value the culture of listening to staff that permeates the authority and comes down from senior management.

“I’m confident speaking and working with the head of integrated children’s services.” says Bill. “I can tell she’s someone who really values, respects and listens to workers and team managers. She’s well aware of the challenges in the local authority and the profession more generally and I was encouraged hearing from her and Chris Sivers a couple of weeks ago, when they launched the new initiative.”

Callum agrees: “I have always found the higher management, the senior management to be quite approachable. For example, I would always feel comfortable in approaching anyone and raising anything that I was worried about. It definitely feels like it is taken on board and there is a recognition that if social workers are not happy, they are not going to be performing or staying.”

When Callum joined the authority, as a newly qualified social worker, the council had just been inspected by Ofsted, resulting in an ‘inadequate’ rating in early 2017. But despite the challenges of that time, this listening and supportive culture was strongly apparent.

“What the management did was they really backed the social workers and said we are going to do this together,” he says. “There wasn’t a blame culture and they were asking us how we could improve.”

In 2019, at Ofsted’s next full inspection, it found good staff morale, reduced caseloads, a culture of learning and self-reflection, and improvements in the majority of services. The authority was rated ‘requires improvement’ then and is now striving towards a ‘good’ rating at its next inspection, backed by the new package of investment.

Jo adds: “There’s a sense of belonging with South Gloucestershire. It’s like a family. That comes down from leadership downwards.”

Find out more about working at South Gloucestershire at www.socialworksouthglos.co.uk/childrens-social-work  and the latest job opportunities, here.