Celebrating a mindset, not a model, of social work 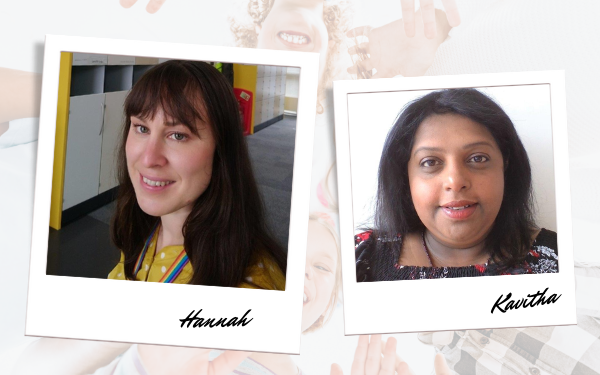 “The Hampshire Approach is a mindset rather than a model of social work. It’s our way of being. It’s everything we do as an organisation and as practitioners.”

Kavitha Maxy, Hampshire’s principal social worker, is reflecting on the development of the Hampshire Approach over the last five years. The approach was born out of the Transforming Social Care programme, the result of Hampshire’s Partners in Practice innovation funding, awarded in 2016.

Along with Hannah Leat, a peripatetic (or roving) district manager, she is helping the children’s social care branch of the department celebrate the distance travelled so far and look ahead to what is still left to do to embed the approach and continue to improve it.

“We knew right from the start that we weren’t going to get a manual or an instruction booklet,” Kavitha says. “It was about all of us thinking through what this approach meant in each part of our work. We had to look at what had to change in three areas: culture – so this is not just what we do but who we are; organisation – how the organisation supports this; and leadership – how is it demonstrated at all levels.”

Finding an approach that worked for Hampshire

Hampshire’s children’s services had already been rated as ‘good’ by Ofsted when the Partners in Practice status and funding was awarded. Kavitha makes the point that they had to move carefully to ensure they did not destabilise what was already working well with their services.

“But we also knew we wanted to move to a more strengths-based approach. I think the senior leadership team did look at a lot of models of social care that were out there but none of them would work for us straight out of the box as it were. It was decided we would forge our own evidence-based approach that worked for our area.”

Hannah points out that sometimes practitioners and she herself find it hard to describe the Hampshire Approach and that, she believes, is because it is centred around what some might call good old-fashioned social work.

“It’s not rocket science. It’s just getting back to the core social work values that we all came into this profession to do – help people. What it does is offer a structured way to manage the tension there often is between those values and our statutory social work duties.”

At its core, the Hampshire Approach is strengths-based working, complemented by training in three well-evidenced models: motivational interviewing, solution-focused practice and restorative practice.

The ongoing improvement of the approach is being driven across what Kavitha calls the “four pillars of the service – practice, people, place and partners”.

“It’s this kind of really systematic work that has made for sustained change and quality improvement, in my opinion,” she adds.

The changes have been all-encompassing. They have included a service reorganisation that ensures the same social work team now holds a case up until the time a care order is made; as well as assessment reports now written addressing the family directly rather than being written about them.

“That actually caused a lot of nervousness,” Kavitha admits.” Lots of people felt it might encourage social workers to shy away from detailing the risks. And it did take a while for it to feel more natural for social workers to do them this way. But the feedback we’re getting from families is that while they find the assessment reports more challenging, they also find them far more accessible.”

Hannah recently had the opportunity to apply the changes in practice when she returned to working in a frontline team to provide cover.

“I think it really threw her when I was asking her what she was doing to make the changes, what support she had, what she wanted to achieve and what we could do to help that. She wanted a written agreement and I had to explain that it wasn’t a strengths-based tool. We ended up agreeing to create one that would last just one day because she felt she needed it in the short term.

“The case did end up going to a child protection conference, but we drafted the plan with her ahead of the conference. We put in actions for partners, agencies and the family and so they were all on a par and equal.”

Similarly, Hannah was able to put the changes to care plans into practice when working with an unaccompanied asylum-seeking child.

“The plan is now called ‘My life, My future’ and it really helped this young man think through what he wanted from his future and then what he needed to do to achieve that. He knew he wanted to stay in the UK, so he had to learn to speak English. He wanted to contact his parents but he was afraid of putting them in danger. We worked through all the issues until he felt able to make a decision he was comfortable with.”

Kavitha says the Hampshire Approach transitioned from the implementation phase to ‘business as usual’ in 2019, and the next task is building the confidence of practitioners, and of communities of practice to support them.

While the celebration month has now come to an end, both Kavitha and Hannah say it was important to give everyone a chance to reflect on just how far they have come on the journey.

“So many people were saying [during the celebration month] they couldn’t remember how they used to practise. They couldn’t believe how far we’d come,”

Are you interested in working for Hampshire County Council? Check out its employer profile to find out more or search for jobs.