‘Solutions can’t be scripted here – you have to be creative’ 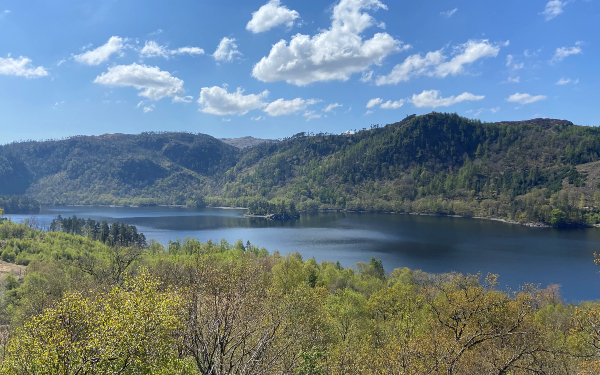 Against the backdrop of the lakes, national parks, forests and mountains, adult social care practice in Cumbria requires creativity, but also comes with significant support for your development and wellbeing

Spend a few moments talking to adult social workers in Cumbria and a word you will hear repeatedly – in reference to their practice – is ‘creative’.

Working in England’s second most sparsely populated county means not having the range of services that can be found in other areas, at least outside the urban centres of Carlisle and Barrow-in-Furness.

In their place, practitioners need to think creatively to support residents with care and support needs to achieve the outcomes they want  – and sometimes, to even see them.

“One of my colleagues was supporting someone in a very rural area,” says advanced practice lead (APL) Colette Rankin. “She would park her car, put on her wellies, walk a mile and then be picked up by someone on a farm to drive another mile to the person’s home.”

Fellow APL Janne Greasley says the environment and geography of Cumbria present significant challenges – but that the creativity and resourcefulness needed to respond to them are what has kept him in the county for the past 28 years. 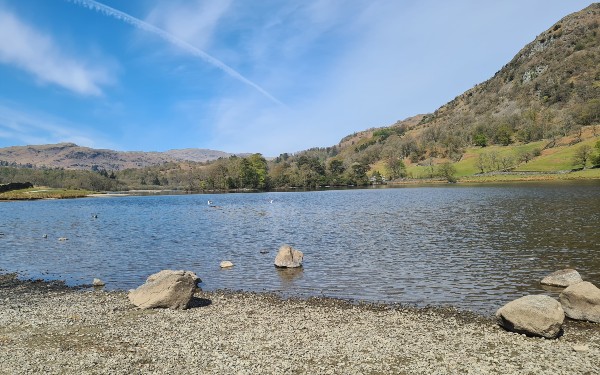 ‘The solutions can’t be scripted’

“No cases are typical or situations the same,” he says. “The solutions can’t be scripted. They may be one-offs. The Care Act is there, the Mental Capacity Act is there, but the solutions are often found in ways that are atypical.”

He gives the example of a person with increasing levels of memory impairment in a rural community where they – and several generations past – have always lived, and for whom moving elsewhere into a care home was not an option.

“The impairment had affected her life for a long period of time,” he says. “It was thanks to links with the local farming community and farmers that enabled her to get the support so that she could continue living in her home, where she was affected by issues with power shortages and transport problems. She needed to be helped by a farmer to access GP appointments.”

As Janne’s example illustrates, part of the creativity practitioners bring to bear is to engage the resources, and resourcefulness, of local communities.

“There may be community groups, like Women’s Institutes or the Rotary,” he says. “They may be present and may be able to connect to others who can provide support. There may be people who act as personal assistants on a one-off basis, and the social worker may remember that person has done that and may then be able to link them to someone else [who needs support].”

In addition, the nature of practice in Cumbria makes the relationship between the practitioner and person central, says principal social worker for adults Becky Squires.

“You have to be able to work with the person for a really long period of time and be prepared to go back again,” she says. “You are really applying the social model of disability. If we want to help people stay in their homes, you don’t often even have telecare to rely on. It’s a really positive challenge.”

The third element, besides the community and the practitioner, is the person themselves and what’s important to them.

Says Becky: “We try to meet the person in their place and start from there. They’ve already achieved what they’ve achieved by being where they are, often in times of adversity. They will often have networks and connections and support that are meaningful for them. Often in rural areas, the place is really significant to the person. Even where someone has been bereaved, the place can be a source of real comfort for them.”

She adds: “Sometimes, when people’s health conditions can become more problematic, what sustains them in smaller communities is that people see them as the person they are, not as a stranger with ‘challenging behaviour’. There are a lot of strengths and protective factors that can be derived from people’s relationships. We take a very strengths-based approach.”

Alongside the positive challenges of practising creatively in rural areas, practitioners’ attachment to Cumbria has much to do with its natural beauty. 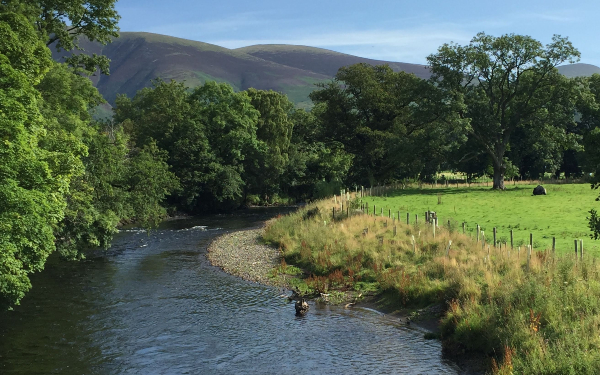 The home of the Lake District, encompassing 16 lakes, England’s 10 highest mountains and several forests, the county also boasts over 100 miles of coastline, the North Pennines and part of the Yorkshire Dales.

Chantahl Rodwell, currently a social worker in the long-term team in West Cumbria but soon to join the APL team, says: “I’m in the West and I really like it because it’s between the mountains and the sea. You’ve got the beauty of the Lake District and great walks.”

Janne adds: “Across the working day you can encounter areas of natural beauty. Visits to meet people will involve going through the national parks, lakes and forests.”

And even though working in the county can involve long drives, it’s worth it for the scenery, says Lynsey Lawson, a senior social worker in the long-term team in Barrow.

“It’s a beautiful place to work. I used to work in Workington up the coast. It’s a long drive home, but it was really beautiful.”

Lynsey is also soon to join the APL team.

Set up 18 months ago, it represents a significant investment by the council in the practice development, not just of social workers, but also of occupational therapists.

The APLs offer fellow practitioners right across the social care teams an additional, and distinct, form of support beyond that provided by line managers and team colleagues.

On the one hand, they give practitioners an outlet for informal supervision and peer-to-peer support at times of high pressure on their team. On the other, the team can draw on, not only their own expertise and experience, but the insights of practitioners from around the county.

“We have the chance to support wider teams with complex cases, with specialist advice and guidance and support,” says Janne. “It’s supportive and educative. The requests and the asks are really diverse. Every day is different. We get a bit of a window into the world of practice all over the county. That’s really great.”

Chantahl was inspired to apply to become an APL by her experience of being supported by the team, highlighting the opportunity to call a duty advanced practice lead for advice when needed.

“I once called the number after I had had a really stressful conversation and I didn’t have any colleagues around,” she says. “Speaking to someone and being able to debrief for five minutes really had a benefit for me.”

She also praises the team’s work in promoting wellbeing support for practitioners and a new approach to supervision, involving a greater focus on critical reflection.

For Lynsey, becoming an APL is an opportunity to further develop her passion for palliative care practice and to advance and share learning on this among colleagues.

“There’s an opportunity to develop social workers’ knowledge of palliative care and advance care planning,” she says. “Most of people’s journey through their illnesses is through the social. It’s enabling us to have those conversations which can make such a difference to them in the last stages of their lives.”

The team are one of a number of examples of Cumbria’s focus on learning and practice development. Another is its link with local universities, particularly Lancaster, where Becky co-convenes the module in social work with adults and which, a few years ago, carried out research on rural social work with the county council.

“We feel there’s a mutual benefit for staff having access to the university and for university staff to have access to practice and for potential opportunities in the future for more research around rural social work,” says Becky.

Another area where the council is investing in learning is in relation to race. At the time of the 2011 census, 96.5% of the county identified as white British, and though the black, Asian and ethnic minority population is growing, it remains small relative to the national average.

For Penny Mutua, who recently completed her assessed and supported year in employment, the murder of George Floyd prompted her to begin raising awareness of the experiences of black people in the county, working with campaign group Anti Racist Cumbria.

Anti Racist Cumbria has worked within education, to help young black, Asian and ethnic minority people talk about their experiences in Cumbria. The organisation has also engaged with the local police commissioner on the treatment of black, Asian and ethnic minority people, especially in relation to stop and search, arranged for training on anti-racism to be given to Penny’s social work colleagues and got involved in developing a policy on anti-racism for the council.

“Minorities in Cumbria are a growing community, so people need to be enlightened to know what to say to people,” says Penny. “We come from different cultures, and you can say something that will offend me but to you it’s fine. It’s just that respect. Ask questions, don’t assume.”

She says her anti-racist work has been strongly supported by managers.

“My manager has always supported me and our co-ordinator has allowed me to be involved in forming a policy for the council.”

For Lynsey, who supervised Penny through her ASYE, the anti-racism training she organised was “probably the best piece of training I have done in the past five years”.

“It’s helped me read more and learn more, not just as a social worker, but as a person,” she adds.

Cumbria is due to undergo a period of change as the county and district councils are reorganised into two all-purpose unitary councils next year.

Becky says there is a commitment from her, and the APL team, to continue working in the way they have done.

“The team has really embedded its place within the social work and occupational therapy service within Cumbria and, looking forward, we don’t know what that disaggregation will look like but we’re committed to working across boundaries to support each other as we always have done.”

Colette says APLs will be supporting staff through the process of reorganisation.

“It’s about more building on what we’ve done, with that strong focus on getting back to face-to-face working, for us to be really visible for the teams.”

Are you interested in opportunities at Cumbria County Council? Check out the latest vacancies here.