By Alex Turner on June 20, 2022 in Children, Social work leaders

Ofsted has proposed to introduce a separate inspection grade for councils on the experiences and progress of care leavers, to increase their profile.

The inspectorate said it concluded that its current approach of issuing a single judgment for children in care and care leavers “[had] not maximised the profile of care leavers to the extent we had intended”.

It has launched a six-week consultation on adding a separate care leavers’ judgment to the inspection of local authority children’s services (ILACS) framework.

In an accompanying document, it added that the move to consult had been influenced by research it published earlier this year that found more than one-third of care leavers felt they had left care too early.

Many told the study they felt “alone” or “isolated” after leaving care, with others commenting that they had no control over their living arrangements, making them feel unsafe.

Ofsted also noted that a significant number of local authority leaders had “shown enthusiasm for Ofsted inspections to ‘shine a brighter light’ on how well care leavers are supported into adulthood”, up to the age of 25. 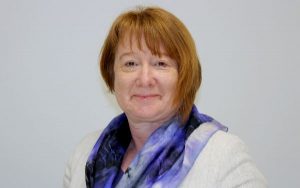 Yvette Stanley, Ofsted’s national director for social care, said that while ILACS inspections have done much to highlight the experiences of care leavers and the work by local authorities to support them, “we think we can do more”.

“Introducing a separate judgement reflects the priority we think should be given to providing high quality support to care leavers,” she added. “We encourage everyone to contribute their views through our consultation, to help us give [them] a clearer profile within these inspections.”

Ofsted to increase management oversight of inspections to boost consistency

In England there are almost 45,000 care leavers aged 17 to 21, with local authorities having responsibilities towards approximately 30,000 more up to the age of 25.

That total of 75,000 is almost as large as the number of children in care England, which now stands at just over 80,000.

The decision to consider both groups within the same area of inspections came in 2017, when Ofsted implemented the ILACS framework.

Under the previous single inspection framework (SIF) regime, inspectors made a separate sub-judgment on care leavers’ experiences, within a wider grade on children looked after and achieving permanence.

With the ILACS system now moving into its second cycle of full inspections after disruptions caused by Covid-19, the inspectorate said it had “reflected on the strengths of the framework and where it could be strengthened further”.

Ofsted’s consultative survey asks respondents to consider what ‘good’ – its benchmark inspection grade – looks like for care leavers and to comment on plans to introduce the new standalone sub-grading from January 2023.

Katharine Sacks-Jones, chief executive of Become, the national charity for children in care and young care leavers, said the organisation welcomed Ofsted’s consultation on developing a separate judgement on the experiences and progress of care leavers.

“We called for ‘leaving care’ to be included in the independent review of children’s social care, as far too many young people face a ‘care cliff’ in support when they turn 18,” she said. “Shining a brighter light on how well care leavers are supported into adulthood is a positive step in the right direction.”

Sacks-Jones added that Become would be responding to the consultation and ensuring young people the charity works with can feed in.

A spokesperson for the Association of Directors of Children’s Services (ADCS) said the body would be consulting with members before commenting.

The consultation runs until 29 July.