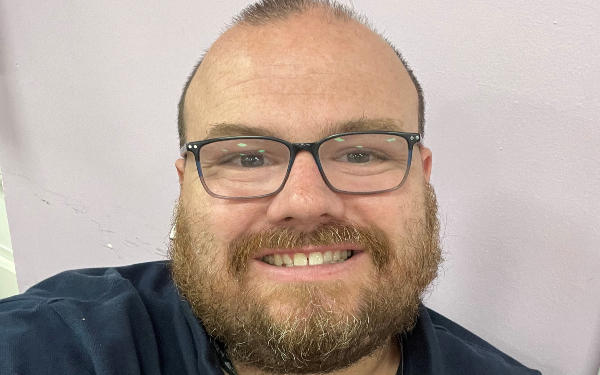 Hertfordshire County Council, which has pioneered work to prevent children coming into care, has now sharpened its focus on supporting children to return home from care. Social workers and team managers explain its approach

“As a child, going in and out of care is challenging. It wasn’t helpful for my brothers. I know the damage that it did to me emotionally.”

Daniel Kerr is recalling his time in care in Hertfordshire, from the age of seven, during which time he would often return home to his birth family, in an unplanned way, as is the case for many looked-after children. On each occasion, it didn’t last.

Daniel is now a consultant social worker in one of Hertfordshire County Council’s children looked after teams and his experiences as a child are inspiring him to support those currently in the care system to return home in a way that is planned, safe and sustainable.

In the past two years, he has supported seven children to return home, all of whom are still there.

Reunification, along with promoting contact with birth families, has long been a core part of practice with looked-after children in Hertfordshire, but the council has given it a sharpened focus in recent years.

At the heart of this is ensuring that the reunification is planned well, supported at a realistic pace and is backed up by a bespoke package of support for the family.

‘A real sense of pride’

For team manager Teena Kent, who joined Hertfordshire in September 2021, the approach marks Hertfordshire out from other authorities.

“I came in last year and one of the things I saw as distinct is this model,” she says. “Reunification is at the heart of what we do [in children looked after teams]. There’s a real sense of pride.”

This is echoed by team manager Natasha Kearney, who says social workers coming into the authority from elsewhere find the approach “exciting and rewarding”.

Hertfordshire’s reunification work is based on the knowledge that many children and young people in care have a yearning to return to their birth families. Often, they will gravitate towards families after leaving care or make contact while in care themselves, including using social media. But this is typically unplanned and takes place without resolving the issues that led to the child being taken into care in the first place.

The council’s approach starts with valuing and promoting contact between looked-after children and their families, including through the Lifelong Links programme. This involves identifying important relationships for the child and using family group conferencing to ensure these can be maintained.

Says Teena: “In other authorities I’ve worked in, when children come into care, local authorities are not enabling those relationships. Children will then gravitate to social media and have contact in a way that’s concerning. If we manage the risks, we do best by children in the safest possible way.”

Though the initiative to reunify often comes from children and families, the council’s children looked after teams will use care planning to identify those for whom reunification would be an option.

“What we need to do is look at the young person’s needs,” says Daniel. “We had a couple of young people who really wanted to go home, but that stemmed from family pressure, rather than the child’s wishes. So, we needed to resolve that first with the family. I will always ask an advocate – or the independent reviewing officer if they would prefer that – to speak to the child and discuss what they need. Then I would do some work with the parents to look at what has changed for them and how they can be supported to be able to successfully receive the young person back home.”

The reunification assessment takes a couple of months, he says.

The family safeguarding model, which is the approach that we are using to support our children returning home, centres around a multi-disciplinary team who are highly trained in Motivational Interviewing, a counselling approach that creates confidence in parents to change their behaviours that cause harm to their children.

This extension of the family safeguarding model to children in care sets out to empower families, and their extended networks to help children achieve the best outcomes by having parental mental health, substance misuse and domestic abuse specialists all working in one team, alongside children’s social workers and life coaches.

It identifies the support that the children and family needs to make reunification work, and a bespoke package is created, which is delivered by this multiagency team. This can include supporting parents to access benefits or work, or helping them move into more suitable housing.

A core tool in practitioners’ armoury is motivational interviewing, the strengths-based counselling approach that is designed to support behaviour change and has also been critical to Hertfordshire’s pioneering work to prevent children going into care through its family safeguarding model.

“We use it as a counselling approach to empowering people to change their behaviours,” Natasha adds. “It helps encourage the person’s own reasons for change and provide them with the motivations to go forward. It works really well with teenagers. And using motivational interviewing with parents really encourages them to change and enables them to sustain change.”

Daniel cites an example where he used the technique to persuade a woman to access drug treatment, for the sake of her son.

“We supported her to engage with us in respect of her drug issues which was really important as the young person was starting to display similar behaviour. It wasn’t about her needs. It’s about engaging the parents so that they are willing to make that change for themselves and their child.”

Daniel says he also does life story work with children and young people, to help them consider how their lives may turn out once they return.

One issue that arises is the fact that the child may be moving back to a family whose income is lower than that of their foster carers – meaning less pocket money, fewer activities and not as many treats.

Daniel’s fellow consultant social worker, Catherine Bryant, says the council will often step in to provide financial support to help smooth the transition for both the child and the parents.

“We don’t want to set parents up to fail because the children lose what they had when they had in foster care, in terms of money,” she says. “A lot of parents are reliant on benefits and now things are really tough.”

Another issue for practitioners is the fact that some parents will not have parented for several years, coupled with the fact that the excitement and joy of contact is often not a guide to how a full return home will go. Key to tackling this is ensuring that reunification is proceeded with gradually, with contact being built up over time – even when the child or parent wants to run ahead.

Says Catherine: “That’s the biggest challenge for parents when their son or daughter turns up on the doorstep and they can say, ‘I love you, but now’s not the right time’. It’s very difficult for parents to do that if they haven’t parented for some time. I have parents say, ‘I don’t want to make my child do something they don’t want to do’, but that’s the nature of parenting a teenager, there are times when you have to say no.”

While rewarding, the work is intensive for children looked after practitioners so good supervision and peer support are key.

Daniel says: “My manager and I will meet regularly about children who have gone home, as well as discuss this in supervision. We have a lot of informal reflections. As consultant social worker, I encourage this with my social worker and senior practitioner colleagues in my team, as does our manager.”

Despite the challenges, practitioners are driven by their belief in positive change, he adds.

“When a child goes into care, we have to be aware that the world changes; family situations change. The young person develops their skills and their resilience grows. As a team that’s something we are always identifying.”

Are you interested in a role with Hertfordshire County Council? Check out the latest vacancies here.