While the outsourcing of children’s social services has stirred fierce debate, last week’s evaluation of the adult social work practices was greeted with barely a whisper.

But while the Department for Education remains enthusiastic about outsourcing children’s services to independent teams of social workers, the same push is noticeably absent in adults services.

Professor Ray Jones, a social work lecturer at Kingston University, believes the difference in how the two pilots have been treated is down to ideology.

“There seems to be a considerable impetus from the Department for Education to allow crucial decisions about children, and their welfare and safety, to be taken by other agencies outside local authorities,” he says. “But in adults’ services there hasn’t been the same drive by the Department of Health. It is understood from what Tim Loughton, the previous children’s minister, has said recently that this impetus in the DfE was being driven ideologically by Michael Gove.”

Jones says that while there have been some stories of success from pilots, what is being presenting as “an opportunity for social work practice is a Trojan horse, opening up those services to any provider including big private sector outsourcing companies”.

“The ambition to give social workers more freedom and space to practice professionally is laudable but this should be achievable through local authorities,” he says. 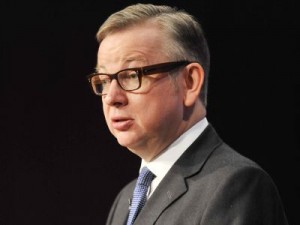 The Department of Health says it is “very pleased” with the progress made by the adult pilots. “We are currently considering the lessons we can learn from the evaluation report,” said a spokeswoman. “The department is encouraging councils and other employers of social workers to consider the report via social media, reference at conferences, etc. We believe that the success of the pilots will result in councils and other employers of social workers wanting to explore the pilot model.

“One of the key principles of the Care Act 2014 is to encourage and liberate councils and their partners to innovate. We will encourage councils to explore social work practices as an innovative, effective and efficient way of providing social work services.”

Certainly there’s nothing to prevent councils from using the social work practice model for both adult and children’s services. The recent Contracting Out (Local Authorities Social Services Functions) Order explicitly states that social work functions usually carried out by local authorities can be exercised by anyone authorised by that council as long as they are supervised by a qualified social worker. The order also comes in addition to general powers in the Care Act that allow the delegation of care functions, with some exceptions, that will come into force in April 2015.

But while local authorities have the option, there is still no particular incentive for councils to adopt the model, especially given the mixed results from the adult pilots.

“It remains the responsibility of individual local authorities to decide how to provide assessment and care management services,” says Joan Beck, joint chair of the workforce network at the Association of Directors of Adults’ Social Services (ADASS). “Individually, the social work practice pilots highlight some interesting innovation and challenges within service provision. It remains to be seen, though, how councils will respond to this, particularly in relation to the increased expectations of the Care Act.”

Jill Manthorpe, lead researcher for the adult pilots’ evaluation, believes the frequent lack of clarity over who is doing what may be partially responsible for the mixed results of the pilots and the variable likelihood of councils adopting the model.

“The Care Act will enable other agencies to do things that were traditionally the work of local authorities, but there is always the question around what local authorities’ ‘must-dos’ are,” she says. “What are the things for which only they can be responsible?”

There is a danger, she says, that if decisions are left too much to the discretion of individuals that things won’t get done so, whether there is an in-house or outsourced social work service, commissioners and contracts will always have a key role.

Councils can’t be rigid in prescribing a course of action”

Manthrope says there is no one thing that will make a social work practice a success and councils can’t be rigid in prescribing a course of action. Instead, it is important that there is clarity around the commissioning of services to the social workers leading these practices as this helps to ensure that the people best placed to know what service users in their local area need are properly empowered to act on these needs.

How did the adult social work practice pilots perform?

In 2011 the then care minister Paul Burstow described the aims of the adult social work pilots as being to “improve the experiences and outcomes of people in vulnerable circumstances” and to “empower social workers” by cutting through unnecessary bureaucracy.

“The programme will bring people who need health and care support closer to those who provide the service they need by reducing that bureaucracy and encouraging innovation and personalised services,” he said. “It will also give social workers the freedom to run their own organisations how they want, within the constraints of their contract with the local authority. Again, evidence shows that staff working in employee-owned organisations have greater job satisfaction, leading to lower staff turnover and capacity for greater innovation.”

So how well did the pilots do at delivering on these goals?

A Tale of Seven Pilots

1. focus, North East Lincolnshire – the biggest of all the sites, this pilot has been guaranteed funding for another three years
2. People2People, Shropshire – a success story, the pilot has become a social enterprise and granted funding until April 2015
3. Activ8, Birmingham– didn’t make it to the end of the pilot. Services were brought back in-house in a restructuring of adult services
4. Sensing Change, Suffolk – is still owned by Suffolk County Council but the plan is for the practice to become fully independent in April 2015
5. JMC Healthcare, Stoke-on-Trent – the pilot ended in March after an internal review and services were brought back in-house
6. Topaz, Lambeth – has had its funding extended until April next year and has been awarded NHS funding to provide specialist support to stroke survivors
7. FirstPoint, Surrey – the council has agreed to maintain FirstPoint’s funding until April 2015 and the plan is for the company to become fully independent of the council from that date

There were many positive results coming out of the pilots, but often they seemed to be caused not by the model itself but by the enthusiasm it was met with.

Social workers within the pilot teams were more likely than their counterparts in comparison sites to rate their organisation highly and view the quality of care provided as excellent, and this view strengthened as time went on.

The pilot social workers had significantly higher job satisfaction with a higher percentage “agreeing with the majority of positive statements about workforce and workforce dynamics”. Social workers in the practice teams also valued the sense of working in a team with a strong social support network highly.

The evaluation found that pilot staff and staff in other settings spent their time in broadly similar ways. They also had similar workloads and amounts of paperwork, suggesting the practices did not necessarily result in less bureaucracy. Although pilot staff felt they spent more time directly working with carers, they also spent more time in meetings and reviews, again giving lie to the thought that practices reduce bureaucracy.

The researchers found that “few pilots managed to develop innovative work but some expressed ambitions to do so”. They suggested this was partly explained by the short timescale for the pilots, and perhaps by a lack of clarity in commissioning.

While mutually led services such as the social work practices have “initial and obvious attractions”, Manthorpe adds that, as in many fields, the greater freedom of being self-employed comes at the expense of a guaranteed salary and benefits such as maternity leave, sick pay and pensions. There have been long-standing concerns over the terms and conditions in outsourced organisations but most of the pilot practices were afforded the terms and conditions of their host local authority, but it seems unlikely this will continue if the practices become the fully independent organisations they were intended to be.

Topaz in Lambeth have a “bottom-up” approach

Despite several positive results coming out of the study, much of the high morale can be attributed to the novelty of the scheme and to the fact that staff moving to social work practice pilot sites opted to do so voluntarily – wanting to try something new, or because they were committed to the pilots’ mission. Indeed the researchers reported that “their sense of mission and pride were almost tangible”.

Equally, low levels of burnout displayed by the pilot staff were noted from the beginning of the study and did not change throughout it, suggesting factors other than the model itself were responsible.

Many of the participants who spoke highly of the scheme talked about the desire for a greater autonomy, particularly in making financial decisions, but this perception of autonomy may not have been borne out in practice. In most cases the pilot sites were extremely reliant on their host local authorities to the point that some felt they were in effect a “mini-social services department”.

Their sense of mission and pride were almost tangible”

However the evaluation notes that the sense of autonomy was perceived not in terms of individual autonomy but as “being part of a team – team identity was valued highly for atmosphere and for the sense of interdependency fostered”.

There appears to have been a shift through the pilot from “providing evidence for policy formulation” to “supporting the implementation of policy.”

Manthorpe says that this is “very familiar to what often happens in policy – often things move so quickly so in many evaluations you end up discussing policy implementation”. “There was a shift from saying theoretically what happens to what actually happens on the ground when you start doing it,” she says.

Although the pilot is now completed, questions remain around whether the social work practices would be viable if they were truly independent of a local authority’s financial support and decision-making clout.

One social worker participating in the pilot told the evaluation team that there would be no room to do things differently, saying: “In the pilot I have been part of, because of the need to work mainly in the existing way, for example using pre-existing forms and computer systems, and because of the pressure of workloads, there has been limited opportunity to work in different ways than before an for individual workers to influence practice.”

A local authority social worker in a evaluation’s comparison groups added that: “Unless they work to a different legislative framework, the demands will be the same but their terms and conditions will be worse, as indicated in other private sector organisations.

“They will be dependent on winning contracts and this will weaken the independence and ability to challenge other professional groups. Social work practice is about empowering and enabling others. I believe private sector involvement will weaken this capacity and shift the focus to winning contracts rather than quality outcomes.”