‘It has been non-stop’: Hospital social work during the A&E crisis

Hospital social care teams are playing a key role in easing the strain on the health service. Andy McNicoll reports. Social worker Lisa Duncan and her colleagues have been at the sharp end of the A&E crisis that has hit NHS hospitals across England this winter.

The team supports complex discharges from several hospitals in Staffordshire. They are based at the Royal Stoke, one of a series of NHS hospitals across the country that declared ‘major incident’ status last week after ‘unprecedented demand’ led to operations being cancelled. The acute trust that runs the hospital has admitted services have struggled to meet A&E waiting times over winter. Figures released at the start of January showed that 61.3% of patients were seen within four hours. The national target is 95%.

The pressure on A&E increases the pressure on discharge teams to help ease the strain on beds. Last week, Duncan’s team of social workers, nurses and support staff helped almost 250 patients to leave hospital by setting up care packages drawing on social care, intermediate care and community support. It was a record level of activity for a service that normally discharges around 190 patients a week.

The dedication of staff, who have put in extra hours to ease the pressure (and the help of an enablement service “that is second to none”) has been key to helping the team cope, says Duncan.

“Last week we just never stopped. It was like you were on call 24/7. I didn’t leave the building until 8 or 9 o’ clock some nights,” she says.

“We see and hear the coverage on the TV and radio. But we’re here, we live and breathe it. We’re part of a huge effort and we want the best for people. When we see a queue of patients up the corridor, all we think about is how important it is for us to help people to be discharged safely. If we can put the right support in place to help 10 people leave, then 10 can come in.”

‘We have definitely felt the pressure’

Social workers in other parts of the country have also felt the pressure. Zoe Betts works in a team that supports patient discharge at two London hospitals, one of which was on ‘black alert’ (one step down from ‘major incident’) at points over winter.

Like Duncan’s team in Staffordshire, Betts’s service puts together packages for both short-term and long-term social care support. Ensuring a stair rail is fitted at a patient’s home if they need assistance with mobility after attending hospital due to a fall is one example of a short-term intervention. Longer-term care will be put in place where someone has a complex health need, such as dementia, that is unlikely to improve in the weeks after discharge.

The team’s caseload is varied. This week Betts, who also handles safeguarding cases in her role, has supported people who arrived at hospital due to falls, epileptic seizures and dehydration triggered by infections. Referrals have risen in recent weeks, as has the pressure on the team to ease some of the strain on wards by discharging patients.

“We have definitely felt it,” she says. “We’re a busy team, we’re a small team and we handle a high concentration of referrals anyway. It has been manageable, but very busy.”

The pressure on the NHS nationally has brought press and political attention to the issue of delayed discharges (often cruelly referred to as ‘bed blocking’). This week, NHS England’s director for acute care told MPs that delayed discharges – situations where patients deemed medically fit to leave hospital have been held-up in doing so due to issues with social care or NHS support – accounted for about 20% of beds over the festive period.

Many factors can lie behind delays, says Betts. Some do directly relate to availability of NHS or local authority-funded resources – for example, there can be a hold-up if the team want to move someone to an NHS rehab bed or council-funded supported living placement but there are none available. Other delays can be down to waits for a funding panel to scrutinise care package proposals. And in some cases, the social care team may have to “push back on discharges” if they identify any risk to patient safety or require further information from medics.

“There can be times when we’ll challenge a medical decision. And we’ll do that because we are so often the decision-maker in a care package. If I’m not clear on the recommendation then I’m going to challenge it in the person’s best interests. So, for example, we’ve had people lacking capacity and [some of the information around] their cognitive impairment hasn’t been clear. We need explanations for why the decline has taken place so we get them the right support. We can’t just jump to putting a care package in place,” she says.

“It is all about negotiation and conversations. We recognise that everybody is under so much pressure. That’s why in our hospital we try to have conversations face-to-face or over the phone where possible and strengthen the relationships in our MDT (multidisciplinary team) by visiting the ward every day. Because you know whatever pressure we’ve got in social care, you can guarantee the medical staff and bed managers have got pressures on their services too. That’s why we work so hard with our MDT. None of this can be done in solitude.”

So what role do social workers and social care services play when a patient arrives at A&E? Local services will vary in the way they are organised but Duncan’s complex discharge service, which is run by Staffordshire and Stoke-on-Trent partnership NHS trust, offers one example of integrated care.

When a patient arrives at an A&E department covered by the team they will be initially be seen by clinicians at one of the hospital’s ‘clinical decision units’ (CDU). The medics will decide whether or not a hospital admission is required. Duncan’s team monitor the list of patients being seen at CDUs to identify anyone with potential social care needs.

If a patient does not require admission but may have social care needs, Duncan’s team will assess them for either a home-based service (which could include enablement support or homecare) or, if more intensive support is needed, a transfer to a community hospital may be required. The complex discharge team also works closely with the trust’s intermediate care team, which will provide a lot of the post-discharge care.

“We will look at your capacity, your home circumstances, your current support, your networks and relationships and whether you need a combination of social care and health input, maybe with district nurses coming in. We try to be holistic,” explains Duncan. 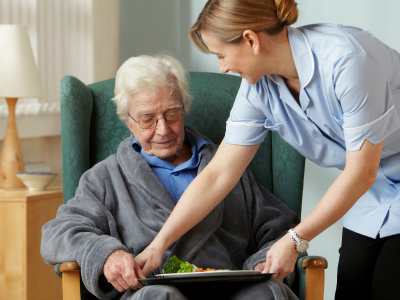 For patients who are admitted on to the hospital wards after being seen at CDU, Duncan’s team is involved in piloting a ‘discharge to assess’ approach. Patients receive an initial assessment on the ward and support from enablement services to help them move home. The discharge team then follow-up within one or two days with a more comprehensive assessment. The aim is to enable people to move from hospital to home within a day where appropriate.

For Duncan, the model has two clear benefits. It avoids delaying patients on wards for days while they await assessment, a situation that she says can lead to people picking up infections or their mobility deteriorating. For staff, having ward and home-based assessments allows them to build up a more complete picture of the patient’s needs.

“By being able to follow-up quickly at home we can see whether we’ve got our initial assessment really true and right. I think that can traditionally be the difficulty for a hospital social work team. We see you here on the wards, so you might tell us that you have ‘x y and z’ at home but actually, in reality, you might not. So that follow-up and getting to see someone in their home environment, can be vital.”

The team also has a support worker from Age UK who helps patients with shopping and other tasks in the first six weeks of their discharge (Betts tells me her team in London also have an Age UK worker providing similar support. Like Duncan, she also says the fact her multidisciplinary team can draw on skills from social care, health and occupational therapy is incredibly important).

Duncan admits that there were initially anxieties among some social workers over the transfer to the partnership trust but she feels the move has had real benefits for staff and patients. Social care is now a key part of discharge planning rather than something seen as “sitting on the edge”, she says, and social workers can now refer patients directly into key health services directly, something that wasn’t always possible before.

The pressures on all sides of the service look set to continue. On the day of our interview, the strain on the Royal Stoke hospital was again approaching potential ‘major incident’ levels. But despite the intensity of the workload, Duncan says she can’t think of a better job in social work.

“I don’t know if I could work in another environment. This is it for me. Even though most days it’s stressful I actually really like the pace of the work,” she says.

“I like the challenge as well. If someone needs something and needs to get home, I make it my business [to try and get them it]. But it’s the small things too. Like you see a staff member, on their day off, bringing in a patient’s dog from the kennels to visit them. Little things like that really make a difference.”

3 Responses to ‘It has been non-stop’: Hospital social work during the A&E crisis