Connected and protected: Can social media be a part of social work practice?

We can no longer shy away from understanding how social media is affecting our colleagues and service users, writes Denise Turner 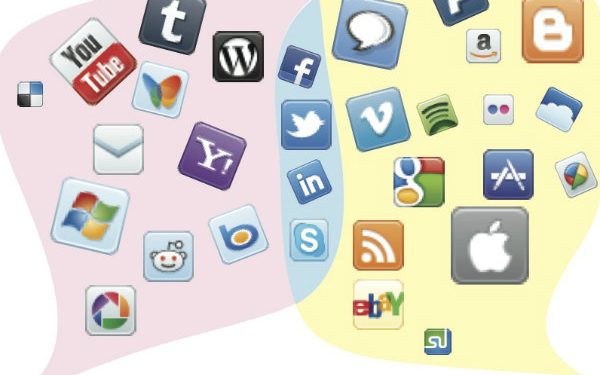 As a former practitioner and social work educator born long before the advent of digital technology, I am constantly having to challenge my Luddite tendencies.  It feels more important than ever for me to understand social media, particularly as it becomes an increasing focus at my institution, the University of Sussex,  in our developing Social Work Research Centre .

At the University of Sussex, we value collaboration and innovation highly and so I’ve teamed up with  Gema Hadridge, a final year MA social work student and Rachel Larkin, an experienced social work practitioner, to co-present a seminar on this theme.

Since engaging with the  online platform Twitter, I have been surprised by how effective social networking can be as a new form of relationship-based practice.

Far from creating the alienation for which social networking is often held accountable, for me Twitter has created opportunities for knowledge exchange, partnership, collaboration and creativity.

It was through the valuable personal  contacts I made on social media that I ended up collaborating on the book Social Media in Social Work Education, with a network of people who “met” through social media.

Despite these positive experiences, it would be naïve to deny the problematic ways in which social networking can be used, and the need to protect against these. But it’s important that the justifiable anxieties about the challenges presented by online connectivity don’t obscure its benefits.

Meanwhile, case scenarios  presented to students  often discuss the ethics of  inadvertently meeting service users  in the pub  or  supermarket as if social networking did not exist.  Social cues used in the pub and supermarket are not necessarily the same as those relevant to online social networking  and social work should  try to  step outside traditional notions of boundaries while ensuring that both service users and social workers themselves are kept safe.

Gema Hadridge’s discussion within the seminar explores her own uses and understanding of social media as both a “digital native” and a student social worker near to qualifying. She has been exploring how her own narrative and experiences have been influenced by social media, especially since embarking on the academic journey to become a social worker.

Rachel Larkin has been a practising social worker for over 20 years in children and families’ services. She  has seen the increasing impact that social media has had on the profession, as young people have significantly changed they ways that they are communicating. She brings examples of the dilemmas and opportunities this is creating for social workers and young people, and the ethical issues that arise from this. She asks whether our models and practice tools need to be revisited and re-evaluated in this new digital world.

‘Genie’s out of the bottle’

In the seminar, we will all be drawing on personal and professional experiences to press for social work education and the profession to engage seriously with the challenges and opportunities of social media and not to dismiss it simply as a passing fad or a threat which must be simply controlled by regulation.

In order to achieve this, those involved with social work practice, education and regulation need to engage in debate over this complex, multi- faceted issue. The social networking genie is out of the bottle and whether it is Twitter, Facebook or sites that supersede them, the world of interpersonal relationships is now much wider than the pub and the supermarket.

To advance this debate,  we produced a Vine clip for Twitter, featuring our students and staff holding up signs to pose the question:  “is social media in social work, good, bad or neutral?”. This was accompanied by a Twitter poll asking people to vote on the same question. Perhaps unsurprisingly given the nature of the audience, “good” came out as winner with a resounding 66%. The poll also had over 500 views, which demonstrates interest in this topic and the influence of social networking sites as a digital form of relationship based practice, drawing interested people together in common spaces.

We hope you will join us as in taking the vote and the debate forward,  via the hashtag #uscopro.

Volunteering, neighbourliness and a trip to the pub: how to stop retirement killing you
Do children’s services reflect, reinforce or reduce social inequalities?

3 Responses to Connected and protected: Can social media be a part of social work practice?