Achieving for Children: Behind the scenes at the community interest company delivering ‘the future’ of children’s services

Luke Stevenson spends a day at Achieving for Children, which delivers children's services independently of Kingston and Richmond councils

By Luke Stevenson on April 23, 2015 in Children, Workforce, Young people Social workers at the offices of Achieving for Children. Photo: Phil Adams

To the untrained eye, the 10-foot-high statue outside Twickenham train station can best be described as ‘pointy’. But the unusual name of this piece of modern art, ‘Restless Kingdom’, aptly represents the hubbub of activity taking place in the area.

A short walk to the right takes you to the home of English rugby, Twickenham stadium, while a walk in the opposite direction brings you to the comparatively quaint Civic Centre. There are no screaming rugby fans here, nor the glare of international media, but the Civic Centre has still attracted significant national attention, and some controversy.

For it is the Richmond base of Achieving for Children, a community interest company that’s the first of its kind to deliver children’s services independently of a council, and was once described as ‘the future’ of children’s services.

Achieving for Children (AfC) currently runs children’s services for both Richmond and Kingston councils, the latter of which was rated inadequate by Ofsted in 2013.

But while Doncaster and Slough were subject to enforced government interventions, Kingston and Richmond councils actually chose to set up the community interest company.

With a transition to new ways of working described as “massive” by its social workers, and a great deal of attention from critics, as well as other councils seeking to develop new models, this Kingdom’s restlessness shows no signs of abating soon.

Outside (left) and inside (right) the Civic Centre. Photo: Phil Adams

Senior managers at AfC are working hard to showcase their model and challenge criticism. “We’ve done a lot of conferences,” explains Rob Henderson, AfC’s deputy chief executive and head of protection and early help. “We’ve had lots of boroughs come here, we’ve also gone to other local authorities to talk about our model.”

AfC is jointly owned by Richmond and Kingston councils. An independent community interest company, its budget is allocated by the councils and locked into the provision of children’s services, which it delivers separately in each borough.

Amid concerns the government is still pushing an agenda to privatise children’s services, the model has raised many eyebrows. But Henderson dismisses the idea that moving away from core council delivery means a company is ‘all about profit’.

Not just “managing your own decline”

By “business elsewhere”, Henderson is referring to how AfC can bid for contracts offered by other local authorities, while the company also offers its own consultancy service. Profits from this are required to be reinvested into children’s services.

This is a way to protect their services, explains head of business and partnerships Joel Hartfield. He feels this approach offers AfC the opportunity to fight back against financial difficulties. “It’s not a case of managing your own decline,” he says, referring to services having to reduce their budgets year on year.

Hover over the images to reveal more information and sound clips 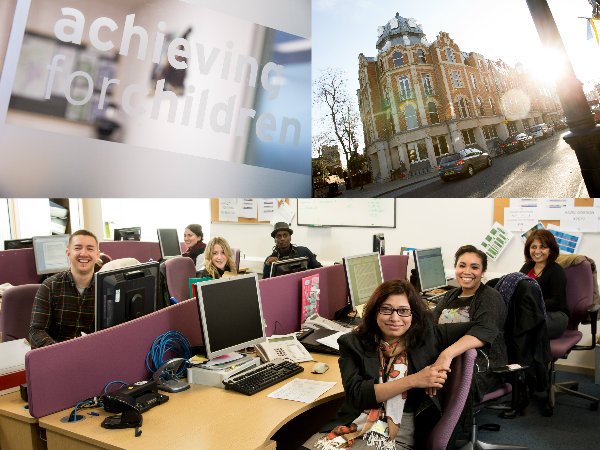 Nick Whitfield, AfC’s chief executive and joint director of children’s services, explains it’s important to have an identity that “isn’t just about the two councils when you’re trying to bring things together”.

Developing a public sector ethos with the same disciplines of the private sector is one of AfC’s goals, Whitfield explains. This has involved working with a couple of well-known private consumer companies to learn more about customer service and caring for staff.

Independence also means AfC has had the opportunity to develop its own working culture. “Formerly we were part of a council culture, which defines how you behave in certain respects and gives you constraints and restrains,” Henderson explains.

“The freedom outside that allows you to create your own culture, and to be different and behave differently and be much flatter.” Creating a less hierarchical structure that brings in the voices of frontline staff has been central to this goal.

Hover over the images to reveal more information and sound clips 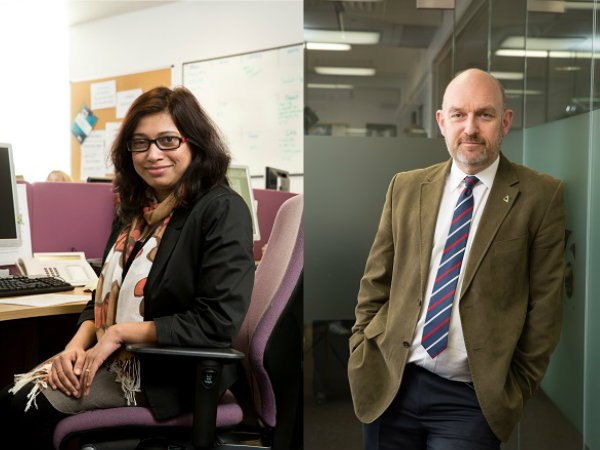 “Traditionally, change in councils  is quite an arduous business, we’re hoping that when we come up with ideas and staff say things we can  turn that around very quickly,” Henderson explains. Building the service from the bottom up has given AfC the opportunity to be a bit more radical when driving change, Whitfield says.

Pushing as many decisions to the frontline as possible is a key part of this redesign. One example was a pilot that trialled giving small budgets to frontline staff to help them make decisions immediately without extra hurdles.

So, if a family was without a washing machine, for example, staff would be able to quickly decide whether to buy them one. Laura Demetriades, fostering team manager in Richmond, says there are lots of opportunities to do things differently, which staff are taking.

However, she appreciates the unique nature of AfC. “No matter where you work and what you do you’ll be doing this role at the end of the day…Sometimes you can forget that you’re in such an exciting and unique thing.”

Hover over the image to hear from social worker Laura Demtriades 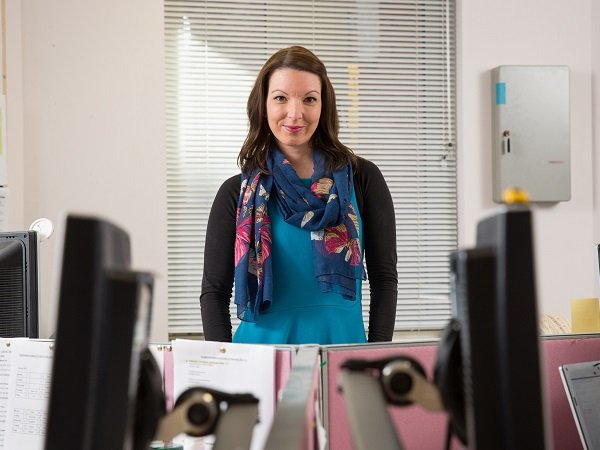 Getting rid of bureaucracy

The new model of delivery wasn’t about cutting frontline services, staff were reassured, but about reducing over-management and bureaucracy.

This has already been felt on the frontline, according to child protection team manager Fanny Jacob. Having previously worked in other London boroughs, she explains the difference: “We are really fortunate in this borough, if we ask for something we can get it.”

Training is emphasised and protected, she adds, whereas this has suffered cutbacks in other areas. Staff have also been empowered to contribute and develop ideas, with plans for a ‘business academy’ where staff can meet management and directors to pitch them ideas.

Only in post for three weeks when I met him, looked-after children team manager David Michael could be in the best position to reflect on how the social enterprise model is affecting social workers’ day-to-day practice.

Workers are governed by the same legislation and guidance as everyone else, he says, but relationships between the top echelons of management and social workers are “fantastic”.

Drawn specifically to the idea of working in a social enterprise, Michael says having a sole focus means, “they want to do it better than other places, to be ahead of the game”. He believes AfC has the advantage of “starting new”, rather than merely tinkering with an existing service. “They don’t have any of the baggage that’s been in place,” he says.

The company’s current contract from Kingston and Richmond councils runs until 2021, with another five-year option the councils can take up while they continue to develop.

Do they think other councils will pursue the same approach? Whitfield is cautious about promoting the model. “We’re not trying to pretend we’re the best at everything, we are on a journey like other people providing children’s services. We don’t fear having a conversation about whether we’ve got this right,” he  says.

For Whitfield, the greatest journey is yet to come: “This first year has been about solidifying our services, getting the services joined up, making sure that everything’s working properly. I think it won’t be until the third  year when you’ll see the best of what AfC can do.”

One thing is for sure, they certainly won’t be resting.

6 Responses to Achieving for Children: Behind the scenes at the community interest company delivering ‘the future’ of children’s services