July 1, 2015 in Adults, The closure of The College of Social Work, Workforce

by Andy McNicoll and Rachel Schraer

The College of Social Work has been given a three-month wind down period before the organisation will shut for good.

The government has said it will work with the College during the wind down process to preserve any “resources which are valued by the profession”. So what are the key functions and where might they end up? 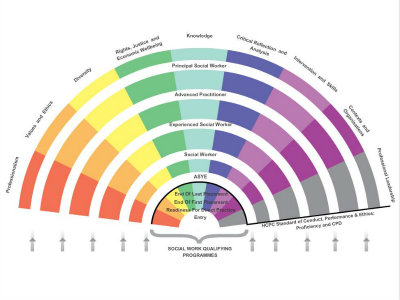 What it is: An overarching set of professional standards, setting out what social workers need to know at every stage of their careers. The PCF came out of the recommendations of the Social Work Task Force and was intended to be owned by the profession.

The framework sets out nine capabilities every social worker should be able to demonstrate at an increasingly advanced level through their career, including knowledge, critical reflection and analysis, values and ethics and professional leadership. The College of Social Work was made “custodian” of the standards when the PCF came into being in 2011.

The PCF is currently under review. That was being led by the College and the future of the process is unclear. The review was triggered by policy developments, most notably the knowledge and skills statements produced by the chief social workers for adult and children that each set out a list of capabilities required of social workers.

Potential homes: The tensions described above mean that any decision about the future of the PCF (viewed by many social workers as a resource developed by the profession for the profession), will be as important symbolically, as it is practically.

An established sector body seems the most likely destination at this point, although that could change if early discussions among grassroots social workers about a replacement organisation for the College lead to something more concrete.

At the moment, potential homes for the PCF include organisations like the Social Care Institute for Excellence (Scie) and The British Association of Social Workers (BASW).

A lot could rest on whether the PCF’s future is primarily decided by the College and its members or the government. If the PCF is to be part of any formal social work continuing professional development framework, then government will have a significant say over its future. Scie has a track record of taking on government-commissioned projects. BASW prides itself on being independent of government and could prove a more popular choice among those practitioners who are fearful of political meddling with the PCF.

What it is: The College issues certificates to social workers completing the Assessed and Supported Year in Employment (ASYE) at the request of their employer. The ASYE is a programme for newly qualified social workers in their first year in employment to enable them to find their feet, with extra support, more frequent supervision and a smaller caseload. The scheme was introduced in 2012, another recommendation from the Social Work Task Force.

Potential homes: Skills for Care may be a contender for this as it is already involved in producing materials to support employers in assessing their ASYE candidates and recording their progress. 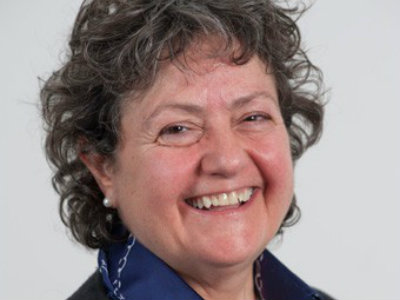 What it is: A Department of Health-backed pilot project to develop a national validation system for adult social workers undertaking the ASYE. The scheme was requested by Lyn Romeo, the chief social worker for adults, as part of her Knowledge and Skills Statement and was due to be rolled out in September 2015.

Potential homes: The DH will have to make this decision given it commissioned the scheme. It may be that, as with the certification role, Skills for Care is in prime position to take the work on given that Romeo had asked it to produce standardised arrangements for assessment and moderation of the ASYE by employers.

What it is: A Department of Health-backed scheme to scrutinise the standards of training courses for best interests assessors (BIA), the group of specially trained social workers that coordinate Deprivation of Liberty Safeguards assessments. The scheme was introduced last year to plug a gap in oversight of BIA training that opened up after the closure of the General Social Care Council (GSCC) in 2012.

By law, BIA courses can only be delivered by a list of training providers approved by the health secretary. This function had been devolved to the GSCC and had not been reassigned following the regulator’s closure. Last year, the health secretary approved the College scheme as a ‘temporary fix’ to the dilemma and said the project would run until at least January 2016.

Potential homes: Again the DH will have to make this decision given it involves responsibilities devolved by the health secretary. The most likely destination may be the Health and Care Professions Council given that the regulator already endorses training schemes for Approved Mental Health Professionals.

What it is: A service to verify any social workers’ qualification gained in England that pre-dates the social work degree, for example the diploma in social work. Responsibility for the service transferred to the College in July 2012. It was previously held by the General Social Care Council, the former social care regulator that closed in 2012.

Potential homes: The government will have a big say in the future of this service as it will need a vehicle for social workers to verify qualifications. The most likely destination may be the HCPC, as this would bring England in line with the system in Scotland, Wales and Northern Ireland where social care regulators hold this responsibility.

The principal social worker role is designed to act as a bridge between frontline practice and senior management, and came out of the Munro review of child protection in 2011. The number of times the network meets has been reduced in recent months. The PSW children’s lead remains involved in the process of evaluating the development of a new accreditation system for children’s social workers.

Potential homes: The incoming leads of the network have already expressed their determination to keep it going, either as an informal network for support and discussion, or as a more formal entity. Whether they will be able to secure the funding to be an independent organisation or whether they might be absorbed into another organisation is not yet clear.

What they are: The College of Social Work set up three faculties: the children and families faculty, the adults’ faculty and the mental health faculty. Each faculty was made up of elected social worker members. They met around six times a year and produced a range of reports and resources. The faculties also fed into the College’s professional assembly, a group of elected social workers that supported the College board in setting its strategic direction and reviewing policies.

Potential homes: It’s all to play for. The professional assembly and faculty members have issued a statement indicating their support for a grassroots movement to ensure a ‘centre for excellence’ for social work is maintained. Social workers involved in these networks are clearly keen to preserve them. Will we see a new organisation emerge from the ashes of the College or can the networks find a new home within the established social care bodies?

In his review of social work education for the Department for Education, Martin Narey said that the College’s qualifying endorsement scheme “did not appear remotely robust enough”. Both Narey and David Croisedale-Appleby, in his separate review for the Department of Health, argued that a single, compulsory endorsement scheme should be mandatory for all social work degree programmes, replacing the HCPC’s mandatory scheme and the TCSW’s voluntary scheme.

In its response to the Croisedale-Appleby review, published in December 2014, the DH said it would work with the HCPC to strengthen its regulation of social work education and decide whether to continue subsidising the College endorsement scheme beyond 2014. The fees for HEIs for the endorsement scheme went up from £500 to £1000 per provider in April 2015, suggesting the government had withdrawn funding.

Potential homes: With the schemes optional, there is a possibility that they will simply cease to continue. However, some organisations may see them as a valuable potential income stream.

What they are: In recent years the College received regular commissions from government, most notably from adult social work policymakers, to produce materials and resources to support national policies. Examples include guidance for social workers in implementing the Care Act and materials produced to support the post-Winterbourne View agenda for learning disability care. The College has also fed into the government consultations on the Care Act and the Children and Families Act.

The College also produced a series of 18 guides to support social work educators to develop their curriculums in line with HCPC standards and the Professional Capabilities Framework.

Potential homes: Who will the government now see as the ‘go to’ organisation for these kind of commissions? There have been signs for some time that confidence in the College among children’s social work policymakers had been waning. But the College retained a central role in adult social work policy making and this gap will need to be filled. 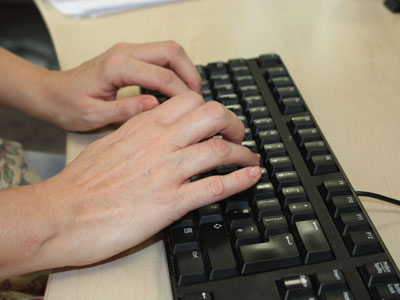 What they are: The College offered its members a range of resources as part of their membership packages. These included access to online communities of interest, a peer mentoring service, the continuing professional development e-portfolio and the ‘Knowledge @ The College’ online service that offered members the opportunity to ask experts advice on practice dilemmas. It also insured members against claims by clients for negligence or mistakes (professional indemnity insurance) or, in the case of independent social workers, for injury or damage to property (public liability insurance).

What has already happened: The College ceased all of its online services, including the CPD e-portfolio, communities of interest and Knowledge @ The College, on 1 July, though existing information will remain live until 31 July so that, for example, members can extract their e-portfolio. The insurance cover will continue until 31 July. The last membership payments were taken in June and all subsequent payments cancelled. Members paying annual membership fees are likely to be eligible for a partial refund if they submit their request in writing before 31 July.

Potential homes: Some communities of interest will definitely exist beyond the College. For example, the approved mental health professionals’ network – which pre-dated the College but was integrated into the organisation – will continue to operate.