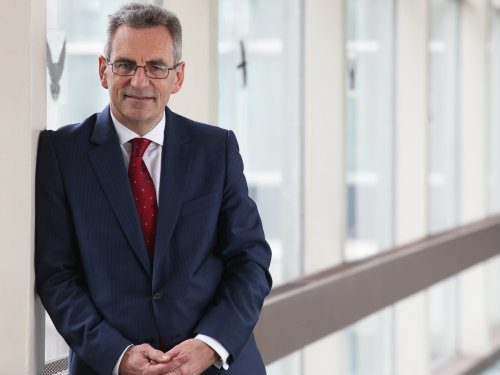 The social care green paper must address the needs of all adults to ensure the sector is not left with a “fragmented system”, according to a former ADASS president.

The green paper is focusing on the needs of “older people” with a separate “parallel process” to consider the requirements of working age disabled adults.

Speaking at a green paper panel discussion at the ADASS spring seminar, David Pearson, director of adults’ social care at Nottinghamshire council, said: “In terms of the link in the question between working age adults and older people – because the green paper focuses on older people – personally, I think the argument has been won that you have to consider the social care system in the round,” he said.

“It’s important that we don’t end up with a fragmented system and that any policy initiative needs to be seen through the lens of all age adults,” he added.

In March, the government pledged to review the services of both working age adults and older people, with the second “parallel process” being taken forward jointly between the Department of Health and Social Care and the Ministry of Housing, Communities and Local Government.

A speech that Jeremy Hunt gave on World Social Work Day in March addressed the seven key principles of the green paper due this summer. However, speakers at the spring seminar questioned how the government would carry out the two separate reviews and how this would affect the adult social care sector as a whole.

For many inside Yarnfield Park, Staffordshire, discussions were greatly anticipated, not least because of the immediacy of the review.

In addition to speaking about how the green paper would help to “jump-start” debates surrounding issues like recruitment and retention and career progression, the Conservative MP declared the current model of service provision “could not be sustained without additional public investment”.

Finding a way to engage the public on “the challenges of sourcing this additional social care funding” would be one of the government’s main tasks, Dinenage said.

“Ultimately, we need to make sure that we have a long-term, financially-sustainable approach to funding the whole system,” she added.

Dinenage also stressed that the current system would have to be made sustainable before parliament began to look at making changes in the future. Professor Paul Burstow, chair of the Social Care Institute for Excellence (SCIE) and social care green paper panellist, addressed the funding question, as part of a panel debate rounding off the seminar.

Burstow said it would be “a mistake if we simply wind up with a better funded status quo” in relation to the green paper. But, at the same time, he admitted it would be a “damp squib [for the social care sector] if the green paper [was] short on money”.

“It has to be very clear that there isn’t a pain free solution,” he added.

He continued to say that any new care system would “cost more” and speculated as to how the government would look to raise the extra funds.

Pearson, a former ADASS president, said he had been encouraged by how the review into adult social care was “still a big political issue” within the government given the distracting backdrop of Brexit and told directors they “must seize” this opportunity of pushing through reform.

However, he raised the question of who the green paper would benefit after Hunt said he wanted to provide the “highest standards of care… whatever a person’s age” last month.

The green paper panellist wanted assurances that all ages would be considered as part of the review, alluding to the “security” element of Hunt’s address. “It’s important that we don’t end up with a fragmented system and that any policy initiative needs to be seen through the lens of all age adults,” he stressed.

Earlier in the session, Burstow made a similar point surrounding the focus of the review. He asked whether an emphasis on reforming care for the elderly would affect the care received by other generations.

“The focus on intergenerational fairness can’t be at the exclusion of making sure that we’re fair when it comes to generations themselves,” he said.

In addition to discussions about this summer’s upcoming green paper, technology was another major theme of the three-day event and it appears that intrigue surrounding digital innovation is growing.

In his inaugural speech, ADASS’ new president Glen Garrod said digital technology held the key to offering “truly personalised” care and explained that councils could use it to help people “find their own solutions” and live more independent lives.

He stated that “familiarity with the subject matter” would help care professionals get the most out of technological innovations.

The CQC’s chief executive, David Behan, asked delegates how many of them were using data to drive their decision making and explained how analytics had become a crucial tool in helping councils to make informed decisions.

Yet, he was quick to stress that the human element of social care would not be replaced. “It’s about how technology can introduce systems and technologies that help people do the jobs they’re doing. Not controlling the way they do it but, helping them to do it.”

Like his fellow speakers, Pearson suggested the social care sector should look closely at how it could use technologies to improve practice. He told delegates that the sector had “a lot to do” in terms of how the councils engaged with technology to make people’s lives “more independent and effective”.

Pearson also questioned whether initiatives such as Continuing Healthcare could be improved by working with technology. The ADASS president spoke about the need for a “transformative digital offer” which “affords people the information and advice to self-assess and commission online”. He continued to explain how digital platforms could enable people to plan and “pre-empt their care needs”.

With Garrod reserving part of his speech to talk about the potential of technology, it would be fair to say that a movement to better utilise and integrate technology is gaining momentum.

After six years leading the CQC, Behan spoke of his decision to step down from his role during the spring seminar.

Having started as a social worker to then move across to lead a regulatory team, Behan spoke about “what [he] would do differently” with 40 years of health and social welfare experience.

A key message from the outgoing chief executive was the importance of having a clear purpose and using it to guide your work. Behan described how many high performing organisations were “unremittingly clear” about their purpose and could describe what they did in “plain English”.

In addition to speaking about purpose, Behan looked towards the future of social care in which he appeared to offer suggestions as to how the sector could approach the upcoming green paper and subsequent integration with the NHS.

He highlighted collaboration as a valuable initiative in the upcoming months.

Behan added that it would be crucial for directors to work with other sectors, such as health and housing, in the future. He warned that a refusal to do this would result in local councils failing to serve their communities.