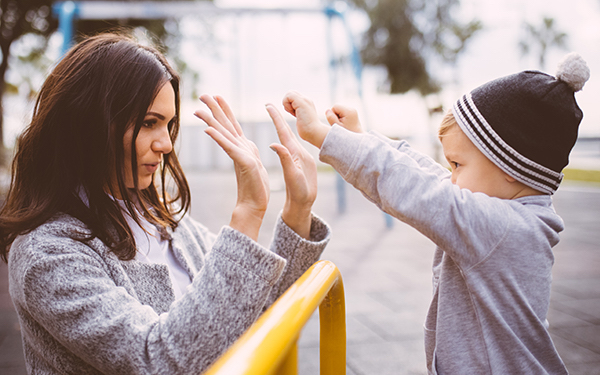 Want to be part of a children’s service where the way social work is done matches the values of the profession? Apply to join Lincolnshire County Council today.

In 2013 children’s social workers at Lincolnshire County Council switched over to the Signs of Safety approach. Social worker Chris Moody, who works in the family assessment and support team in Lincoln, tells us why he would never go back.

Hello Chris, when did you join Lincolnshire children’s services?
I started here in August 2012 and I now work in the Lincoln FAST team – the family assessment and support team. It’s one of the county’s eight locality based teams. We’re responsible for child in need, child protection and court work.

How did things work before the council switched to Signs of Safety?
Before we were just using the initial assessments and the core assessments. So if we were having a child in need meeting, you would fill in your plan from your professional perspective and take it with you. Especially when you’re busy it felt like you social worked people – you would go and ask loads of questions and then produce a report and write your plan.


There isn’t anyone going, ‘I prefer the old way’

Signs of Safety encourages you to make sure the family voice is there and, if you can, you get them to lead the assessment. That’s not always the case but generally the family buys in and leads the work, you just help them.

So now when I have a first meeting with a family I’ll sit with them and, ideally, you get them to write their own plan.

Has that approach made it easier to engage with families?
Yes, I tend to find the buy in is a lot more with Sign of Safety. You don’t get so much of them just doing things to get you off their backs. Families definitely have more understanding of why we are involved so there is better buy in generally.

Does that increased buy in lead to better outcomes?
Where families buy into what we’re tying to do the outcomes do seem better. There’s now less re-referrals than we’ve had in the past when we did initial and core assessments.

So how would you feel if you got moved to a council that didn’t use Signs of Safety?
To be honest, I would probably try to implement it myself. If I went back to doing initial and core assessments I would still use Signs of Safety in my analysis of what’s working well and what we’re worried about.

Signs of Safety makes it really clear to parents what we’re saying and what we’re worried about whereas I felt the previous initial and core system was more professionally focused. Once I’d done the training I was really looking forward to using it – it’s more inclusive for families – and everyone else on my team felt the same. There isn’t anyone going, ‘Oh god, this is a bad idea, I prefer the old way’.

Want to be part of a children’s service where the way social work is done matches the values of the profession? Apply to join Lincolnshire County Council today.

Read more about being a Lincolnshire County Council social worker

Shaping the landscape of social care

The A-Z on social work at Lincolnshire County Council