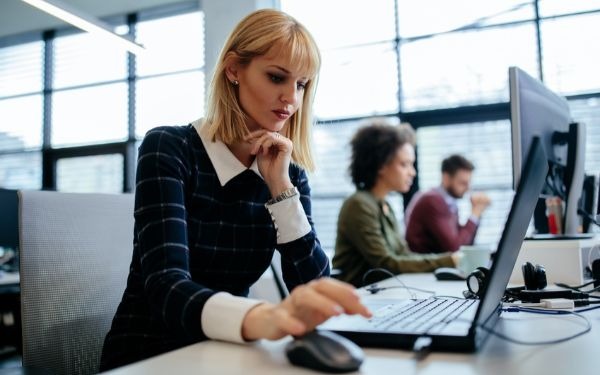 Children’s social workers are more likely to burn out than their adult services counterparts, as a result of feeling disengaged from and drained by their work, an academic study has found.

The analysis, based on two large datasets compiled between 2010 and 2013, found “higher levels of emotional exhaustion and depersonalisation, and lower levels of personal accomplishment” among children’s social workers.

Factors included the amount of “emotional labour” involved in different roles, the quantity of admin work practitioners were subjected to and the impact of staff turnover on workforce experience levels.

“The key is engagement in their work,” the study’s author Shereen Hussein, a research professor at King’s College London, told Community Care.

“Across adults’ and children’s [roles], the more a social worker feels part of a system, engaged, part of the decision making process, with their ideas listened to – that was strongest factor,” Hussein added.

Both adults’ and children’s social workers experienced “moderate to high” levels of burnout, the research found.

Gill Archer, social work lead at Unison, said the study underlined the “unbearable pressure” many social workers find themselves under and the need for extra resources to mitigate it.

The study took in survey responses by 3,786 social workers employed in 22 English local authorities, which had previously been used in two separate evaluations of children’s and adults’ social work practices.

It scored burnout based on three interlinked elements: emotional exhaustion, depersonalisation (the sense of feeling jaded by work and less sympathetic towards service users) and personal accomplishment.

The picture was reversed for children’s social workers, with practitioners showing moderate levels of emotional exhaustion and depersonalisation but only low levels of personal accomplishment.

Four influencing factors were identified by the study: the level of work experience, the level of engagement with work, the nature of tasks performed and the resources and support available.

Engagement with work was found to have the strongest bearing on all three indicators of burnout, with high engagement suppressing the two negative elements while raising the sense of personal accomplishment.

“Adult social workers tended to have significantly more positive views about their levels of work engagement and were more experienced, with higher mean number of years in the sector and in their current posts,” the study found.

More experienced children’s practitioners displayed lower levels of depersonalisation and stronger feelings of personal accomplishment. But because of higher turnover in children’s services directorates, they were thinner on the ground.

Fewer than a quarter of children’s social workers felt they delivered “the right level” of direct work with service users, compared with 40% of those working in adult services.

The burden of excessive admin work, the research found, had a “large impact” on levels of emotional exhaustion, which had a correspondingly strong association with depersonalisation, especially among children’s social workers.

Commenting on the findings of her research, Hussein said they were “worrying, especially at a time of austerity measures and shortages across departments”.

The difference in levels of depersonalisation between adults’ and children’s practitioners was especially concerning, she added.

“[Engagement with work and with services users] is crucial for social workers – it’s what attracts them to the job, and gives them reward,” Hussein said.

Investment in better admin support resources would be a “relatively easy” means of positively influencing workers’ wellbeing, she said.

Archer said the study’s conclusions, were “no surprise”, and added weight to surveys such as ‘A day in the life of social work’, conducted jointly by Unison and Community Care. Almost half of social workers surveyed for the project in 2017 reported feeling ‘over the limit’, while three-fifths said they felt austerity had affected their ability to make a difference.

“I wholeheartedly agree we need to tackle staff turnover,” Archer said. “There are too few people, juggling too many cases, under unbearable pressure – and clients are suffering.”

Archer also warned that incoming accreditation for children’s social workers was only likely to increase their admin burden.

Maris Stratulis, England manager at the British Association of Social Workers (BASW), said it was important to set the new findings in context of the pressures experienced by all social workers.

Research carried out by Bath Spa University with BASW support, published last year, found 52% of all social workers intended to leave their jobs within 15 months. The figure was higher for children’s social workers – but only by 3%.

“We know the key elements of success,” Stratulis said. “[They are] access to professional supervision, manageable caseloads, good leadership and management, fair pay, reduced unnecessary bureaucracy, time to spend with individuals and families, and access to ongoing professional development and wellbeing support.”

The working conditions of social workers will be the subject of a debate in the House of Lords on Wednesday 16 May.