How we retrained social workers after an ‘inadequate’ Ofsted judgment

When a children's services was rated as inadequate, they developed a training programme to get back to relationship-based social work 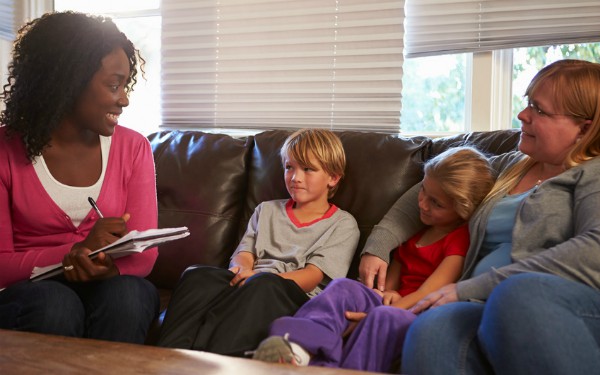 By Liz Bosanquet and David Shemmings

I (Liz) started a workforce development role in Lambeth children’s services in 2016. Lambeth had received an ‘inadequate’ judgement from Ofsted and I was asked to help with creating an approach to training and development. I had read the Ofsted report and had some understanding of the difficulties being faced, but I had not anticipated the effect of the judgment on social workers and their practice.

There had been a number of strategic approaches which were deemed to have failed, including a culture of constant monitoring and perceived criticism and churn of workers at every level. All of this had contributed to social work practice which was confused, inconsistent, anxiety-driven and overly bureaucratic.

Though staff turnover was high, there were those who chose to stay in Lambeth and remained passionate, despite the difficulties. There was ‘heart’ in what they believed about their work. So, it felt for me a fitting description that Annie Hudson (strategic director) and Mark Stancer (director), launched the Lambeth children’s services practice framework and entitled it “Children at the heart of practice”.

This work has been recognised, with Lambeth’s Ofsted rating improving from ‘inadequate’ to ‘requires improvement’ in the most recent re-inspection.

The brief for the training programme was that it should not be off the peg but instead respond to Lambeth’s identified gaps in practice and performance. They also wanted it to understand the aspirations of the improvement plan and intrinsically support a way of working which puts children at the heart of practice.

Developing a training approach for an authority such as Lambeth could not just be about the acquisition of skills and knowledge; it also needed to sow the seeds of change through discussion, reflection and reconnection with the purpose of good relationship-based social work.

The training programme needed to engage the whole workforce to consider how social work can build trusting and supportive relationships with children and families who are faced with serious problems.

Zooming in and zooming out

Within the practice framework, systemic approaches and attachment theory were selected as the methodologies which would form the theoretical underpinning of social work practice in Lambeth. This marked a great opportunity for combining models which, though not theoretically in opposition, are sometimes considered as not mutually inclusive and supportive of each other.

As a social worker and a trainer in systemic social work, Lambeth offered a great opportunity to generate some conversations and thinking about how to connect the inner world of the child with the wider understanding of the broader system. And most importantly: how do we use this understanding to benefit the practise of social work and the outcomes for the child and family.

I approached Professor David Shemmings to collaborate on this dilemma and together we developed a 3-day training programme aimed at helping practitioners consider how they might formulate analyses, using both an attachment lens to examine and consider the quality and nature of the intimate parent-child relationship while also using a systemic lens to think about the contexts in which the family live, as well as how they as practitioners bring themselves into the work.

The requirement to repeatedly move between theoretical lenses to look again and revise formulations and intervention plans became captured in the programme’s catchphrase ‘zooming in and zooming out’.

Within the programme we used case studies to encourage social workers to move between the two lenses, looking on both the ‘inside’ and the ‘outside’ of families and critically examining how they have come to ‘know’ what they ‘know’. Practitioners were invited to adopt a state of curiosity or ‘not knowing’ and hold their understanding of ‘truths’ more lightly while they look, re-look and consider.

We found practitioners were often surprised and energised by the difference this made to how they approached cases. However, what most captured practitioners was the permission and encouragement not only to look inside and outside of the families they work with but to look inside and outside of themselves and their systems, drawing upon their own personal and professional experiences, stories and values.

We heard that for so long social workers felt they were required to create distance and cut off from the emotional quality of the work they do. The permission to re-engage in practice, which at its core requires us to be part of a trusting and supportive relationship, was what really captured the hearts of social workers in Lambeth.

Tools to help students with reflective practice and using theory
Is my position as a social worker compromised if I don’t agree with adoption?