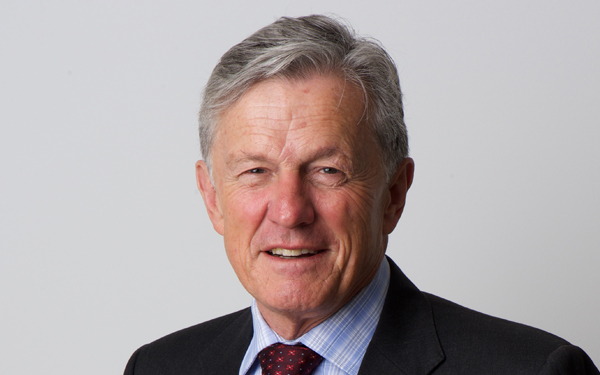 The adult social care sector has been advised to “exploit” its relationship with the NHS after the National Audit Office (NAO) auditor general rated its chances of receiving extra funding as “optimistic”.

Speaking at a Local Government Association (LGA) conference about this summer’s green paper this week, Sir Amyas Morse said the NHS was “likely” to get a long-term funding settlement, but admitted the current economic climate meant there would not be much money “rolling round the system” with other departments in need of resources.

Despite claiming the social care sector could, like the NHS, make a similar argument for increased funding, he encouraged LGA delegates to develop strong links with the health care service.

“Instead of saying, ‘let’s pretend that [working with the NHS to achieve reform] is not the case’, it’s probably worth facing up to it and thinking how to exploit that relationship in the most effective way,” Morse said.

“For me, I think that involves having a very strong dialogue into the NHS, so that [the government] don’t pick favourites,” he added.

A right to demand

ADASS president Glen Garrod added that requests for increased funding should not be an “exercise in begging”, insisting it should be an exercise of “demanding what a good society needs and deserves” instead.

He said ADASS would be writing to two secretaries of states to share its early thoughts on the seven principles of the green paper.

Despite rallying calls from various parties for extra funding, Richard Humphries, senior fellow at the King’s Fund, was pessimistic about the possibility of achieving true adult social care reform.

He said he saw “no evidence” that the authors of this summer’s green paper had shown any interest in learning “the lessons from the past”, claiming that adult social care had in fact “gone backwards” over the last twenty years.

“Let’s learn from history and not simply repeat it,” he challenged.

Vice chair of the LGA community wellbeing board, Linda Thomas had earlier spoken of the importance of extra funding, claiming that a lack of resources had resulted in “an even more fragile provider market”.

She called for more short-term funding to help deliver a “stable and sustainable” future adult social care service and warned that without such funding, the sector risked implementing reforms unto a system that would be “further destabilised by financial pressures”.

The acting leader of Bolton council also highlighted the “essential economic value” of social care as she strengthen calls for increased funding.

“Adult social care compromises 20,000 organisations [and] a workforce of more than 1.5 million jobs. These are significant numbers and they underline the importance of social care in the broader national context, as well as it’s clear importance at the individual level,” said Thomas.