‘The findings of the LeDeR Programme were truly scandalous’ 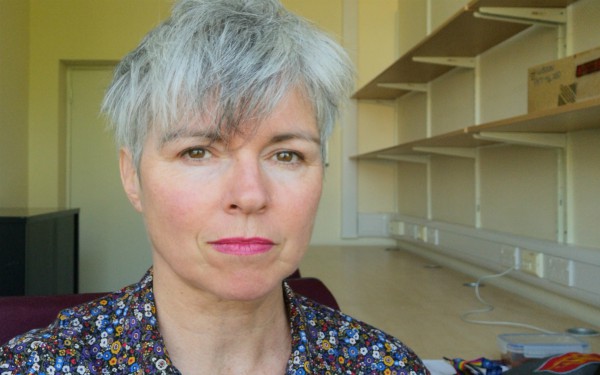 Sara Ryan believes the government must act, after the findings of the LeDeR Programme were released: Sara Ryan

On May 4, NHS England published the Learning Disability Mortality Review (LeDeR) Programme. This work, conducted by a team from the University of Bristol, was commissioned by the Healthcare Quality Improvement Partnership (HQIP) on behalf of NHS England.

Work towards the report began in June 2015 and in the following months, health and social care secretary Jeremy Hunt helped to highlight its importance in reducing premature deaths of learning disabled people by responding to an urgent question in the House of Commons about the publication of the Mazars review that was published that December.

The Mazars review found that less than 1% of unexpected deaths of learning disabled people were investigated by Southern Health NHS Foundation Trust. The review was commissioned by David Nicholson, then CEO of NHS England, after my partner Rich and I had met with him to discuss the preventable death of our son Connor in Southern Health’s care.

We were very concerned that other people had died prematurely without investigation, after discovering the Trust had badged Connor’s death as natural causes.

Connor died a few months after the publication of another report in March 2013, the Confidential Inquiry into the Premature Deaths of Learning Disabled People (CIPOLD), written again by the team at Bristol University.

The CIPOLD team recommended a National Mortality Review board be set up to scrutinise these deaths properly. A week before Connor died, the government said that a review board would be too pricey and commissioned Bristol University to execute the LeDeR work in its place.

This drawn out cycle of scandalous findings followed by commissioned reports to improve the standards of care for those with learning disabilities has dragged on for a decade now when CIPOLD should have sparked immediate action.

In a so-called ‘civilised’ society with a National Health Service that we are supposed to be proud of, clear evidence that a group of citizens is dying prematurely because the health and social care they receive is so poor, is (or should be considered) a national scandal.

Instead, the LeDeR review was published at the start of a bank holiday weekend on the day after local elections were held. No one from NHS England or the team at Bristol University were available for comment, not to mention the fact that no advance copies of the report were made available.

However, committed work by some journalists (Jayne McCubbins from BBC Breakfast stands out here) meant that media coverage was substantial across the day.

The findings of the LeDeR Programme were truly scandalous. Only 8% of deaths had been reviewed because the project was not properly resourced and life expectancy was reported to have worsened since the CIPOLD review. Moreover, one in eight deaths revealed failings, such as delays in care, late treatment, abuse or neglect.

It became clear that grey May morning that the label of learning disability was effectively a diagnosis of a life limiting condition.

By lunchtime on the day of publication, parents were tweeting photos of their beautiful children in response to the findings.

Morning tweeps, please take a look at the immediate #impact of the #LEDER report #NHS70 It’s not pretty #nhscomms https://t.co/G4ZOjFg1VK

My beautiful bro doesn’t deserve 2 die 20 years earlier than me. His provider wonder why I’m so anxious about his physical health & want regular updates. So many lovely young men who have lost their life simply because they have a learning disability. #deathbyindifference #LeDeR pic.twitter.com/92w6nGCeVh

We received emails from families, who were unsure if the deaths of their son, daughter, brother, sister should have been investigated. Similarly, we heard from concerned parents, who simply wanted to offer their help in campaigning for change.

In the week following the report’s publication, shadow minister for social care Barbara Keeley asked an urgent question about the LeDeR Programme in the House of Commons. Hunt bolted for the door leaving health and social care minister Caroline Dinenage to respond.

She brushed off concerns about the findings with vacuous answers, boldly stating that the government did not know the review was going to be published that day. Instead, she said it was Bristol University’s decision. At that point, I thought Twitter might melt with the outrage her comments were generating.

A few days later, Dinenage was forced to write to Keeley, stating NHS England were responsible for publication and that the government had in fact seen the report.

The fiasco surrounding the publication of this latest review is, in part, related to its content. For a decade now – and even longer if we look at research conducted by Sheila Hollins published in 1998 – we have known that learning disabled people are dying prematurely.

The LeDeR Programme, dated December 2017, should have sent immediate alarm bells ringing about both the challenges the team behind the report were experiencing and the findings of the deaths they reviewed.

Instead, it appears NHS England sat on the review for over four months before trying to sneak it out before the bank holiday weekend. Hunt’s refusal to answer questions and reassure the public about what action will be taken is grotesque.

We are now in a position in which either action is taken (like setting up the National Mortality Review Board) or we accept that certain members of our society are going to die decades earlier than their peers. As I previously said on BBC Radio 4, I don’t want to live in a country in which the second statement is true.

Sara Ryan is a senior research lead at the University of Oxford. Her 18-year-old son, Connor Sparrowhawk, died in an NHS Trust in 2013.