Due to a history of discrimination, social services are rarely seen by Gypsy and Traveller parents as a resource for support 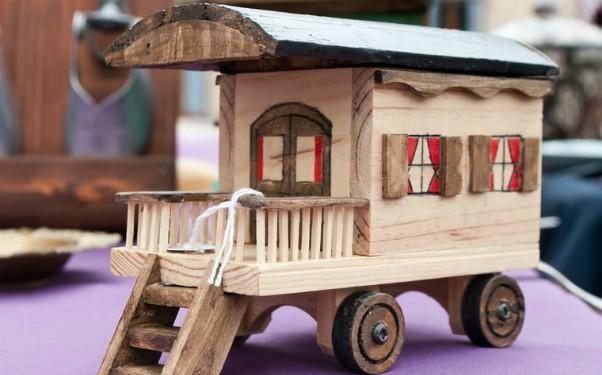 This article comprises of excerpts taken from a new guide on Community Care Inform about working with Gypsy and Traveller communities. The guide is written by Sarah Sweeney, health and policy officer for Friends, Families and Travellers. Subscribers can read the full guide on Inform Children and Inform Adults.

There are a number of different groups who fall under the title of Gypsies and Travellers including Romany Gypsies, Irish Travellers, Scottish Gypsies and Travellers (who are all recognised as ethnic minority groups and therefore protected against race discrimination under the Equality Act 2010); Welsh Gypsies and Travellers; New Travellers; Bargees and others living in boats; and Travelling Showpeople. Each community has its own unique culture and history and some communities have their own distinct language. While members of each specific community may share some common experiences, every person is individual and so the information in this article should only be used as background information. There can be no replacement for listening to each individual or family about their own values and experiences.

As a result of a history of discrimination and exclusion, some Gypsy and Traveller community members are fearful that they will not be treated fairly by children’s services and can be scared that social workers are trying to take their children away. Social services are rarely seen by Gypsy and Traveller parents as a resource for support; rather, they are considered to be a threat who will remove their children. While the fear that their children will be removed is one that many parents who are involved with children’s services can relate to, for many Gypsy and Traveller families this is especially the case when their experience of institutionalised racism and differential treatment by figures of authority is very real. As a way of dealing with social services intervention, they may feel that the best thing to do is to pull away, which can then be interpreted by social workers as being evasive and unwilling to co-operate.

This means that it may be necessary to spend extra time building up trust with Gypsy and Traveller families. You may find it really helpful to encourage them to appoint themselves an independent advocate, perhaps from a Gypsy or Traveller organisation or a family friend who they know is on their side. This will make it clear that you understand the vulnerable position they are in and are willing to find ways to support them.

Check your own bias and preconceptions

Allen and Riding (2018) found a worrying level of prejudice among child protection professionals when working with Gypsy, Roma and Traveller children. They interviewed 137 child protection practitioners who attended training events across England, and asked them whether they thought that Gypsy and Traveller children were more at risk of significant harm than other children; 59% said yes; 24% said they didn’t know; and 17% said no. Those who felt that Gypsy and Traveller children were more likely to be at risk of significant harm were then asked for the reason behind this. From this group, 56% said that family culture was the reason; 25% said discrimination from professionals; 12% said children not being in school; and 7% said limited access to services.

There are two key issues with this; first, assumptions about the potentially harmful nature of Gypsy and Traveller culture before meeting a family or beginning an assessment is likely to affect perceptions of the family and decisions a social worker makes. Second, labelling negative actions or behaviours as “cultural issues” implies that they are universally experienced by people within that culture or group. It also suggests that the behaviours are in some way inherent and unpreventable.

The implication from this is that these harmful “cultural” behaviours are out of an individual’s control and the only remedy child protection practitioners can take to ensure the child’s safety is to remove them from this “cultural” influence. As mentioned previously, the preconceptions many people have of Gypsy and Traveller culture is largely based on sensationalist and negative media. Little attention is given to the strength of the extended family, the sharing of caring duties for both young and older people and other positive aspects of Gypsy and Traveller culture and lifestyle.