Why my ASYE made me quit social work after eight months

Having spent three years studying to become a social worker, it was a tough decision to quit the sector after just eight months. But after a nightmarish ASYE experience left me low on confidence and suffering with anxiety, I felt like I had no other choice.

The problems were there from the outset. Despite a positive introductory talk with my coordinator, who explained the programme and gave me the necessary documents, not one member of the team actually told me what adult social care was, nor did they describe to me what services we provided.

Considering I was new to statutory – I’d only ever worked in non-statutory settings before – it would’ve helped if someone had sat me down and really explained how social work functioned within a local authority. Instead, I was left to occupy myself at my desk while the rest of my colleagues got on with their work.

Now, you may be thinking it’s quite usual for the newbie to feel a little bit lost during the first couple of weeks, maybe even expected? But this was just the start of my problems…

Not having a protected caseload was arguably the biggest cause of my unhappiness during my ASYE. When I first joined the local authority, I had a caseload of about five or six, but that quickly rocketed to 26 cases over a period of three months.

At this point, I still felt very new because no one had really talked me through the processes in any great detail. This made the job very hard to do and, it sounds awful, but I felt like I was winging it some of the time. Given that I was doing a job that affected people’s lives, I thought this was quite worrying. But how could I support service users if I wasn’t being supported myself?

One week, I was dealing with some very complex cases and had to ask my manager for help. I said I was fine dealing with these cases as long as I had some support – just to ensure that I was getting it right. But did I get an ounce of guidance? No.

This process of requesting help and not hearing back from my supervisor, who was also my manager, became a regular pattern. Throughout my time at the council, I think I got supervision maybe three times and, even then, they were all at my request.

On the one hand, I had a degree of sympathy for my manager because, along with the rest of the team, it was very, very busy; some had caseloads of up to 50! So, it was hard for them to make time for me.

But I was new and in desperate need of supervision, not only for my personal development but for the benefit of my service users.

I didn’t feel very well supported during my ASYE at all.

The most common answer when I asked for help would be ‘oh, we’ll do it next week’ or ‘ask me again tomorrow’. This was until one day – close to tears – I said that I really needed support.

On that occasion, my manager did listen to me and we spoke for an hour or two. But even then, we talked mainly about my caseload, rather than my development or my progress with the ASYE.

To add insult to injury, my manger started venting about another social worker in the department during our meeting. It wasn’t really the most professional supervision I’ve ever had.

Not having a protected caseload meant that I struggled to complete my ASYE documents in what became a toxic combination of exhaustion and worry.

If I remember rightly, we were given something like two hours a week of protected development to focus on our ASYE tasks. Each week I would schedule for this in my diary to ensure that I was on track. Yet, that slot always got filled because something else would come up and I would have to deal with it instead.

I did consider doing ASYE work at home, but I was already working late and taking my laptop home on a regular basis anyway. I decided that work had already taken up enough of my time at the weekends, so I decided to leave the bulk of it for the office.

Again, I told my supervisor that I was having difficulty, unable to find the time to complete my work, but I was told that I needed to “prioritise”.

In my opinion, I was offered very little advice on how to complete the tasks and do them well; there was near to no guidance from my supervisor. On top of this, I don’t think there was much drive from the council, I felt like it was just a box they needed to tick. There appeared to be no structure to it at all.

When I first started, I thought the ASYE was good because it was about protecting and developing newly qualified social workers after university. But after a short while, I asked myself, “what is this actually developing?” I couldn’t see the purpose of it.

With an increasing caseload and struggling to complete my ASYE documents, I became very stressed and anxious about going into work. Despite making my supervisor aware of my deteriorating situation, no support was offered and the only way I felt I could relieve the pressure was to go sick.

This wasn’t an easy decision, but I felt like I had no other option. I thought that I couldn’t do the job anymore, the way I was feeling at that moment.

When I phoned in to say that I was taking sick leave my manager wasn’t very understanding and it made me feel ten times worse. It almost felt like, because I was a social worker, I couldn’t suffer from anxiety. There was very little understanding or compassion.

At that moment, I felt like I didn’t want to be a social worker anymore. It was the straw that broke the camel’s back.

Despite feeling very anxious, I did return to work. But to my surprise, the AYSE was one of the first things that my supervisor mentioned – I was amazed! Considering I hadn’t just returned from something like the flu, I was shocked that no return to work interview had been arranged.

Shortly after this, I quit the social care sector.

It made me really sad because I felt that if I had just received a bit more support before I went off sick I wouldn’t have gone off. If it was just managed and someone had sat down with me and looked through my cases, things could have been different.

It wasn’t an easy decision to quit social care, but the job was affecting my wellbeing and my confidence was shot. I had no other option.

People often ask me, “why didn’t you try your luck at another authority?” The truth is, I did consider joining another council, but I decided against it as I knew I’d still have to complete the ASYE programme. And, what was to say that I wouldn’t come up against the same problems somewhere else?

Looking back at my time on the ASYE programme, I would say that a protected caseload to take pressure off candidates would be good. This is because it would actually give them the time to complete their work and organise supervision.

If I had a protected caseload of about 15-20, it would have been much more manageable.

I would also suggest that the role of an ASYE supervisor and manager should be separate. Sadly, I feel like my supervision sessions revolved mainly around my caseload rather than my development as a social worker.

I’m fortunate that I have found employment in another line of work, but it’s just a terrible shame that this sector, one which desperately needs an influx of new members, has lost another worker. 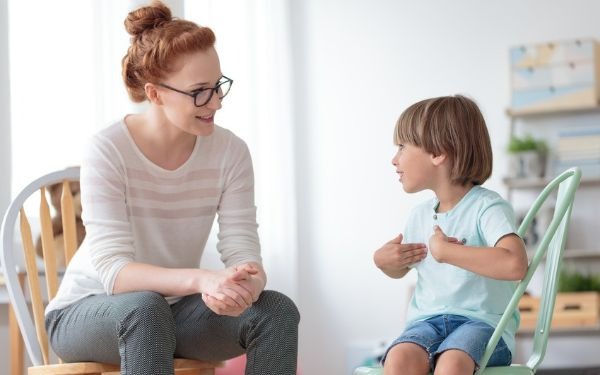 Read the results of Community Care’s survey of social workers and their experiences of the ASYE.

Providing written evidence to the Court of Protection: key advice
49% of ASYE social workers promised a protected caseload don’t have one, survey finds