‘Try and get over it’: the problem with how bullying allegations are handled 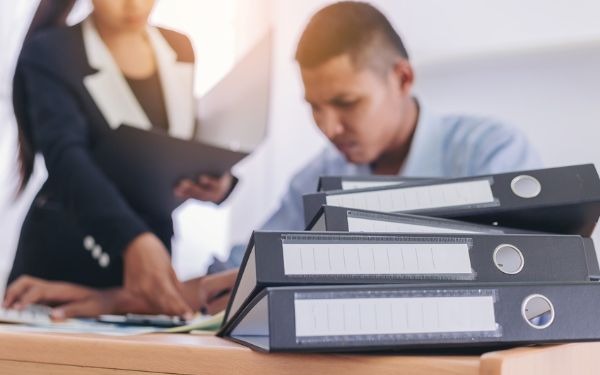 “The system is seriously flawed and fails to consider the emotional impact on both staff and young people. It can be a real minefield.”

This was the view of a disillusioned colleague when we were discussing the subject of bullying in the home, and he knew what he was talking about, having had to submit a formal complaint about a colleague who had made his life intolerable for over two months.

Advised by managers to try and resolve any work issues by talking first to the colleague involved, this had brought Bryan no joy, indeed, he’d been contemptuously told to “try it” when he ventured to this person that reporting him was a last resort.

With no other option available to him, little did Bryan realise that his problems were about to multiply.

After he’d filed his complaint, our manager told Bryan he had to continue working with this colleague until a hearing had determined its findings. He based this decision on not wanting to cause any disruption in the home and remained unmoved, telling Bryan to “try and get over it” and “life’s too short”.

Bryan was amazed by this attitude, expecting his shifts to be changed in order to avoid contact with said colleague.

This served only to cause a rift in the home, between staff who supported Bryan (including me) and those who thought he was being over-sensitive and causing trouble. The kids picked up on the mood and the home became an even more challenging environment in which to work. Clearly struggling, Bryan went on sick leave.

Six weeks’ later the hearing concluded that it couldn’t uphold the complaint and Bryan was shattered not to be vindicated.

It did, however, advise that he and this colleague should work different shifts as a means of maintaining a healthy dynamic in the home. Bryan returned to work but his relationship with the manager and certain staff never recovered, and he transferred to another children’s home.

That a system for dealing with this issue – from an unsupportive manager to a tribunal that in essence refuted outright an employee’s claims – is not only counter-intuitive, but also counter-productive, and begs many questions.

Sadly, these continue to go unanswered as Bryan’s experience is, I’m assured by other colleagues, not unique. “The rationale was that a devoted member of staff was lying,” as one commented.

I was also the subject of a bullying allegation when a 14-year-old resident accused me of pushing him to the floor. This related to when the boy had been verbally abusive one evening and my colleague and I had suggested he go outside or to his room to try and calm down.

Clearly angered by something, but refusing to give us a reason why, the boy ran to his room and began trashing it. As I quickly locked the kitchen knives away, my colleague rushed upstairs.

Moments later I heard the boy shouting that he was being hurt, and when I reached his room he was lying on his bed, crying and visibly frightened, as my colleague stood nearby. He then shouted at us to leave him alone.

The next day the boy reported that we’d held him down (I didn’t know what had happened in the room, if anything, before I’d arrived) and my colleague and I were duly interviewed by Local Authority Designated Officer.

A week later the boy admitted he’d made up the incident but confided in me that my colleague had “shoved” him around in his room. He said he didn’t think he’d be believed without involving me too.

I told the boy I believed him, but that I would need to pass on this information. I also recalled previous comments I’d heard about this member of staff sometimes being “too hands-on” with kids when they challenged him.

The colleague was suspended, interviewed by the police and returned to the home three months’ later having been cleared of any inappropriate behaviour. I was to continue working with him, my concerns ignored by my manager, who reminded me that this colleague had been found to have acted professionally, and that was that.

The fact that he would now barely talk to me, while clearly very unprofessional, I put down to resentment at being found out.

He left the home a few months’ later to take up another placement and the boy’s relief was palpable. He told me he’d always felt uneasy in this colleague’s company.

My experience made me think of Bryan, and how compromised residential child care workers can be made to feel by a disciplinary system that lacks rigour and is blind to the bigger picture. Just how systemic is this in children’s homes? A child is scared for a reason and doesn’t fake it. And how might I have fared if I’d continued working with a colleague I couldn’t trust?

David Jones is a pseudonym, he works in a residential children’s home.