Make independent living the goal of social care and we can inspire the public to back the resources to pay for it, write Colin Slasberg and Peter Beresford 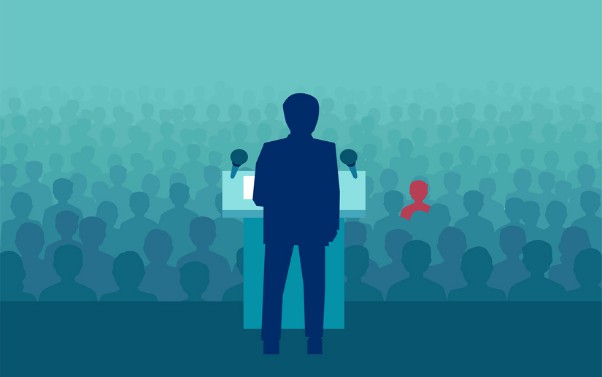 By Colin Slasberg and Peter Beresford

The parliamentary inquiry’s report into the long-term funding of adult social care was clear: “funding should be sufficient to meet the aims of social care”.

Of course, all those working within and reliant on the system will welcome the statement. But for it to become a serious political proposition, society could be expected to want to know two things; what exactly are these aims and how much will it cost to meet them? The report, not necessarily through any fault of its own, is found wanting on both counts.

Without being aware of the extent to which wellbeing should be promoted, how can we claim to know what the aim of the service actually is? A person might be a mile away from the wellbeing, independence and dignity that would make their life worth living. If the system improves their wellbeing by just an inch, we must ask whether the system can allow itself to be satisfied it has done its job.

While parliament created the wellbeing principle, it left the question of the level of wellbeing people should expect to government – national and local.

It is for government to weigh ambition and cost. So, how has it risen to this challenge four years into the Care Act? And, how is the wellbeing principle now defining the nature and extent of needs that should be met?

The reality is government has completely ducked the challenge. Instead, it has chosen to perpetuate the decades old practice whereby councils define need according to their available resource.

This affords two benefits to central government and local authorities. Firstly, it keeps spending under control. The Association of Directors of Social Services (ADASS) reported that over-spending in 2016-17 was less than 2%, despite six years of austerity.

Secondly, it means there is never the discomfort and inconvenience of acknowledging unmet need.

No evidence of change

Chris Wormald, the chief civil servant at the Department of Health and Social Care, recently left parliament’s public accounts committee (PAC) open-mouthed when he told them social care already had enough money to meet all statutory requirements under the Care Act.

The act has yet to bring about any significant change. Instead, councils have merely learned to describe old practices in new language and social care continues to be a minimalist service delivered through a convoluted system.

The first consequence is a localised ‘eligibility’ process that has led to the law of the jungle reigning. It is no surprise the inquiry was told the system was ‘bewildering’ and ‘almost impossible to navigate’.

Secondly, the resource-led definition of ‘need’ results in a serious postcode lottery. Data in relation to 2016-17 in NHS Digital’s adult social care activity returns, showing numbers of service users and finance returns about gross spend, show that, once adjustments are made for regional price differences, the highest spending 10% of councils spent an average of £20.2K on each service user while the lowest spending 10% spent just £11.1K. The highest spenders spend almost double the lowest.

Thirdly, when service users from all councils were asked to rate the extent to which the social care they were receiving was improving their wellbeing from 0 to 1, the average rating was just 0.4. Not one council scored above the half way mark of 0.5.

If a standard to which wellbeing should be promoted is required before we can truly know what the aims of social care are, what might this standard be? One is staring us in the face. It is the concept of independent living as defined by the United Nations (UN). It is ready-made for the purpose.

One of its core concepts is that people should have choices equal to others. For an older person, this might mean nothing more than going to bed at a time of their choosing or having a meal of their choice.

A second core concept is to be able to participate in society. For a younger person this might mean being able to offer their talents to wider society, while for an older person it can mean just being able to continue as a valued family member.

This should be nothing more than we should expect in a modern and diverse society that wants each member to have a sufficient level of wellbeing so that they can contribute to their family, community and society. It is nothing more than a reasonable expectation for quality of life.

The government did consider adopting independent living as a matter of policy. However, it was rejected on the entirely spurious grounds that the wellbeing principle of the Care Act was superior to what it called the “abstract” concept of independent living.

Once interpreted in this way, independent living would become a recognisable and valued aim of social care, with the Care Act the vehicle for its delivery.

Cost, of course, is a serious consideration. It may well be that fearing the cost of independent living is the real reason the government rejected it. How much would it cost? The answer is that nobody knows. Nothing in the resource-led way needs are currently assessed yields any information to tell us.

However, cost is no reason not to proceed. The government will first have to ditch the policy of controlling spending by controlling the flow of need.

Eligibility of need will have to be replaced by affordability of need to ensure spending remains within budget. This can be achieved within the provisions of the Care Act.

Political leaders will, though, have to forego the luxury of being lulled into believing there is never any unmet need. They will have to accept that the gap between needs and resources will, for the first time, be known. This will place social care on the same footing as the NHS, where waiting times create political pressure.

Political leaders will know how much it will cost for all to have a reasonable quality of life. The extent to which this quality of life is delivered will depend on the public spending choices our democratic process makes.

The UN knows there is a cost to independent living that member nations might not be able to meet in the short-term. They accept that, once on the path, nations will have to progressively realise the resource base. We can surely have a legitimate expectation that our political leaders accept this responsibility.

The national conversation about social care has to change. Social care must stop being seen as a place of no hope where only bad things happen or a drain on a reluctant society willing to fund it only because it helps hospitals.

Social care should be seen as the place where older and disabled people are supported to be the people they are capable of being.

Once social care is seen as a good place, the parliamentary inquiry’s belief that social care should join health in being free at the point of delivery will surely begin to attract the public affection for this idea to become a serious political option.

Merely promoting wellbeing is not enough. It’s the end point that defines the aim. The parliamentary inquiry could perhaps be criticised for failing to join up the dots and see this for themselves. But it was advised by sector leaders in denial of what the evidence is telling us – too willing to defend the status quo.

From their perspective, the solution is just more money. Their greatest problem is they have no real idea how much more is needed. Their second is they cannot inspire or convince anyone with the more-of-the-same message.

To create a meaningful vision for social care, we need our political leaders to find a clear-headedness and strength of conviction that has not been shown to date, starting with this autumn’s green paper.

Peter Beresford is emeritus professor of social policy at Brunel University, professor of citizen participation at Essex University and co-chair of Shaping our Lives; Colin Slasberg is a social care consultant and a former social worker and assistant director of social services