A social worker who grew up in care talks about having a child removed when she was 14, and how she uses her experiences to give children a voice 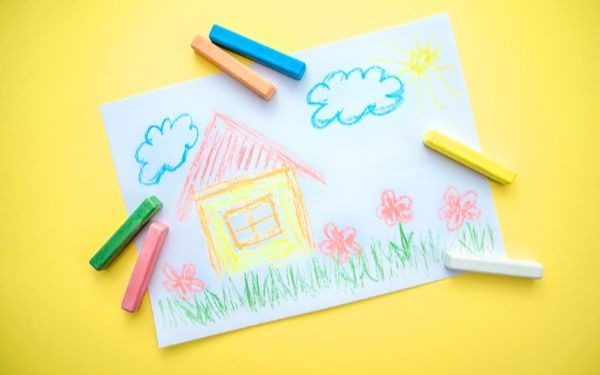 My path to being a social worker began with my own.

When I was between three and four years old both of my parents passed away, and I entered foster care with two siblings.

At first, I had a few social workers I didn’t develop much of a relationship with, but when I was about 10, a really nice social worker took over my case. Despite how nice he was, he was prevented from getting to know me and understanding my experiences, because my foster carers were overpowering.

I was in a position where I was having to say the right things, so he couldn’t understand my situation and – as we all do in an evidence-based profession – he went on what he was told and saw, not necessarily what was actually happening.

He was misled, by me, because I was too scared to say things, and by my foster carers, who were very good at saying the right things.

That was when I first considered social work. Maybe not at the time, but in retrospect, it’s apparent to me that the need to understand young people and their situation, really understand it, wasn’t present in my case, and if it was I might have been able to say what I felt throughout my childhood in care.

However, this path was delayed, because when I was 14 I had a baby. My foster carers applied to adopt her, but this was not granted and instead she was made a ward of court.

I knew people would think, and could still think, ‘How can you be a social worker when your own child has been removed from you?’

I didn’t have custody of her for nine years, and during that period my working life was within the child care sector, so I didn’t really tell people. It’s important at this point to mention that I had done nothing wrong.  No parenting assessments were completed.  This was decided as I was a looked after child with no voice.

But my position has always been you’ve got to really know somebody, and what they’ve been through, to understand the situation they are in, and that’s what I took into social work.

I thought I could do a better job, not because I feel my social worker had done a bad one, but because I felt he wouldn’t be able to do the best for me because he wasn’t informed.

This approach can come with risks though. I had life experiences, many of which would be considered valuable as I could understand where others were coming from. However, while undertaking my social work degree I sometimes found it difficult to hear lecturers talk about topics close to me and my experiences; bereavement, loss, abuse, the care system. I had to learn a lot about myself to get through the course, and then when I entered practice I was sometimes over-identifying with the experiences of the children and young people I worked with.

I needed support, to help me in my role but also to help me develop an understanding of myself, so through counselling and the support of people around me I got there, and I think its imperative for all in social work to understand themselves.

Working with unresolved issues, from childhood or experiences, doesn’t make for the best practitioners.

That’s not to move away from my experiences. People may look at the facts of my life and say I’ve had a really bad one, but I haven’t, my experiences made me who I am, they didn’t define me, and I use those experiences every day. However, I now find it difficult to put myself back to those years in care, I am no longer that person.

My role is to identify a young person’s perspective, the perspective my social worker couldn’t see.