Policymakers and employers need to plan towards a sustainable workforce that is resilient and engaged, argues Paula McFadden 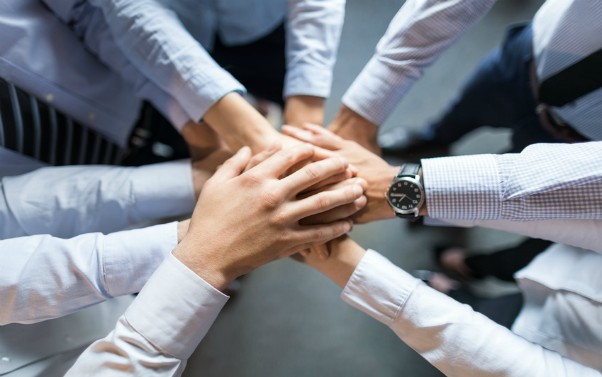 Government policy on extending working lives has a twofold driver. First, there is a question about funding social security social welfare for an ageing population.

The second is about labour supply, skills deficits and retirement planning, which also pose major questions for government, and for global economies, because of ageing demographics.

The UK Office for National Statistics report that by 2046, people aged 65 and older will make up 24.7% of the population, up from 18% in 2016. The average age of the working-age population (aged 16-64) is to increase while the size of this group will decrease relative to the older age group.

Older age workers will be an inevitable outcome – and it’s against that backdrop that we launched a study earlier this year to explore social workers’ attitudes to ageing at work, in the context of their health and wellbeing.

There were some fairly predictable findings in the recent UK Ageing Social Worker survey results, alongside others came as more of a surprise.

The predictable areas included social workers reporting their need for more flexible working arrangements and role flexibility as they age. Again, fairly predictably, younger social workers don’t seem to be thinking too much about retirement yet. When they do think about this, they predict that they will be able to retire before the retirement age of 65, which is much earlier than the current policy of 68 years for those in their forties.

If younger workers don’t prepare to work longer, financially and psychologically, this workforce is in for challenges never before experienced. Employers, in the context of government policy to extend working lives, will meet milestones that are likely to be insurmountable, unless planning and adjustments are in place to ameliorate anticipated challenges.

Less predictable were responses to the question concerning absence and sick leave. Two major messages were that short-term sickness absence (less than 10 days) was reported by the majority (four fifths of the 13,000-plus sample). This means one fifth (20%) had longer-term (more than 10 days) sickness absence.

So what does this suggest? One might consider one in five to be a low figure, but when this is examined in the context of the wider workforce, it becomes highly significant with huge associated health economic costs.

Even considering the data on ‘less than 10 days of sickness’, by nominally (and conservatively) estimating the cost of a social worker on a daily basis (£118), this multiplies to a staggering economic cost.

Caring professionals such as social workers are at increased risk of stress and burnout. Many other professions have also been reported as at risk, with nursing and general practice rating quite highly.

But while burnout is a risk, there is also evidence that resilience factors can act as protective mechanisms. The current study sought to establish a baseline dataset on social worker’s attitudes on working longer, health and wellbeing, intentions to leave and attitudes on what is needed to healthily remain at work longer.

According to the Department for Work and Pensions’ 2017 Working Fuller Lives study, during the last eight years a concerning number of employees from health-related professions and social work are evidenced as leaving work early on health grounds.

The research found 54,000 men and 257,000 women aged 50-64 in those sectors are reported to be economically inactive, leaving work early due to health. The report states that 24% of those women left on health grounds, while this cause was reported for 21% of the 54,000 men.

It also identifies the proportion of people from health and social work jobs who retired early, stating that 46% of men and 42% of women retired prior to 65 years. This is almost one in two (or 50%) of the workforce.

We cannot extrapolate the social worker numbers within this data. But we can still conclude that this trend is present in health and social care professions, and is unsustainable both in relation to government policy direction, to extend working lives, and to maintaining the skills required in the working-age population.

Planning for the future

On this basis, policymakers and employers need to plan towards a sustainable workforce that is resilient and engaged rather than burnt-out or disengaged.

A disengaged, ageing workforce is a cause for concern on many levels. ‘Presenteeism’, which is when one is at work when not practicing optimally or feeling healthy, is a risk. Thus, there is a risk of service quality deteriorating and vulnerable service users taking the brunt.

The current research provides a window into what the workforce is telling us. It gives voice to people from various age ranges, showing us how life-stage differences show differing perspectives about retirement planning and ageing at work.

These insights are timely. They will help to evidence ageing-workforce concerns in preparation for planning to manage what lies ahead for social work. Further research is planned as a next step, to establish the best way forward to manage the new challenges that are now inevitable.