The guide, published earlier this year, has attracted criticism from campaigners who believe it could lead councils to violate their statutory duties 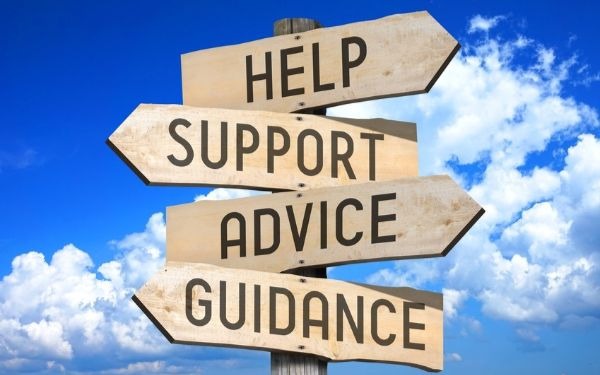 Children’s minister Nadhim Zahawi has defended a controversial document published by the Department for Education which campaigners have warned could lead to councils violating their statutory duties.

The children’s social care statutory guidance myth busting guide was published earlier this year with the aim of clarifying what local authorities were permitted to do within existing guidance and legislation. It was designed to clarify the legal framework in order to promote new ways of working that were thought to be prohibited.

But the document drew criticism from campaigners, with an open letter from 50 social work organisations and academics saying it was in conflict with existing laws and guidance on seven points, which could lead to local authorities breaking the law if they followed the guide.

The letter called for sections that “incorrectly describe the statutory framework” to be “immediately withdrawn”.

In a response to Carolyne Willow, director of Article 39 and one of the open letter’s signatories, Zahawi said the document aimed to “help practitioners provide targeted support for children and families”, and that it “does not seek to change anything in the current statutory framework for children’s social care”.

Zahawi explained the guide was produced following discussions with local authorities and in consultation with Ofsted, and added: “It seeks to clarify certain areas of the statutory guidance which practitioners had said were ambiguous or had given rise to incorrect assumptions about what is permissible.”

“Local authorities must comply with the law but statutory guidance is subject to local considerations and circumstances; it is not legislation nor does it have the force of law,” Zahawi said.

Zahawi said that the guide had been welcomed by some directors of children’s services, “who recognise the need to tailor their interventions to the needs of individual children”.

Stuart Carlton, director of children’s services in North Yorkshire, had issued a statement in response to the open letter, saying he understood the concerns but had “no desire” to see a young person receiving less support.

He added: “What I would welcome is the opportunity to improve and innovate if we can show how this would improve the system. In terms of statutory guidance it is just that, it is guidance, and it has always been for local authorities to interpret how to apply it in practice. I would rather do this clearly and openly in a sensible way, focusing on what it is we can do to improve services and outcomes. Some areas of guidance have always been more open to interpretation than others, I welcome the document’s intent.”

One or two social workers in foster placements?

One bone of contention was the guide explaining the current framework “does not prevent” a local authority having just one social worker for both foster carers and the child, for long-term placements. This is despite the common practice of having a fostering social worker and a child’s social worker and the distinct roles set out for each in the legal framework.

In February, the government-commissioned independent review of foster care proposed that, for long-term placements, councils should have the discretion to have a single social worker to reduce intrusion on foster families and make savings. In the myth buster guide, the government said it recognised the risks to children and young people of having a single social worker, and that it would explore with a small number of authorities whether the model could work while ensuring children’s rights and wellbeing were promoted and protected.

However, Together for Children argued that the idea that having a single social worker was permissible was “not a correct interpretation of the statutory framework”. It cited the how the statutory guidance under the Children Act on fostering and care planning set out distinct roles for the fostering and child’s social worker, respectively. It also said that the regulations under the Children Act on care planning required the child’s social worker to see the child in private unless the child has sufficient understanding and refuses this.

The open letter said: “Dispensing with the child’s social worker could significantly undermine the statutory purpose of this ‘seeing the child alone’ duty. There is a very real danger that children will perceive the single social worker as working for ‘the adults’ and attached to the particular placement, rather than being there for them.”

Zahawi’s letter did not address the specific criticisms made by Together for Children. Responding to the minister’s statement, Willow said the minister was “continuing the confusion” created by the guide.

She added: “Even if this was all about statutory guidance, it is simply wrong for the Minister to claim that this does not have the force of law and to imply that local authorities can pick and choose which elements of statutory guidance they follow.

“Our request for parts of the guide to be withdrawn was entirely reasonable given the risk of the law being misunderstood and children and young people suffering harm as a consequence.

“We cannot let this go unchallenged and are discussing possible next steps with colleagues in other charities, as well as taking further legal advice.”