Concerns around the agency social worker’s practice were raised when his senior manager noticed uncompleted tasks, which affected safeguards 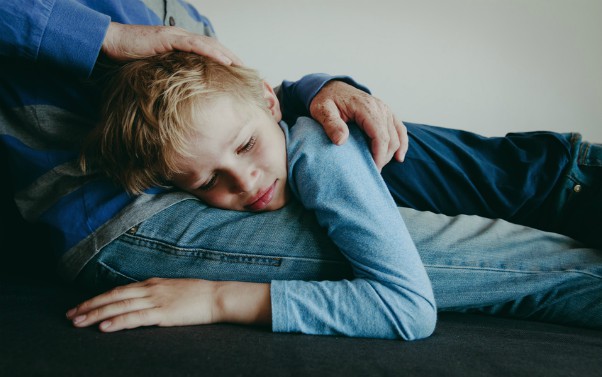 A social worker has been suspended for 12 months after he failed to carry out “some of the most fundamental and basic tasks”, which could have caused “emotional and physical” harm to “vulnerable children” under his responsibility.

A HCPC panel ruled the agency social worker’s fitness to practice was impaired on public protection grounds after he made repeated failings in relation to five separate service users over a two-month period.

This included failing to complete a section 47 investigation, which helps safeguard children who have been identified as at risk.

Despite considering mitigating factors, including “limited supervision at work”, the panel said there was a “very real concern” the practitioner would “repeat the same failings” unless action was taken.

In addition to the suspension, the practitioner was informed that a reviewing panel would be assisted by evidence of remediation and a reflective piece.

Concerns surrounding the agency worker’s practice came to light on 27 January 2017, when he asked his senior manager, FB, to authorise a number of assessments he had completed. When FB reviewed the case, she noticed the social worker had failed to complete tasks, leading her to examine the social worker’s entire caseload.

The social worker was advised about the concerns with his practice four days later and given one week’s notice to complete the outstanding tasks. But his employment at the council for which he was working ended in February.

During the hearing, FB gave evidence to the panel about a three-year-old child who had significant previous involvement with social services. She said service user A had been a child in need for some time and concerns had escalated around the level of care that the parents were providing.

The child’s grandmother was providing full time foster care under a regulation 24 arrangement, due to the substance misuse and neglect of the child’s parents. Service user A required weekly visits until the first looked-after child review on 19 December 2016. However, FB said the practitioner failed to conduct weekly visits until the review, not visiting the child from 12 December until 24 January 2017.

During this period, service user A’s nursery reported a serious incident whereby the child’s mother had been under the influence of alcohol while bringing him to the nursery. It was also discovered that there had been a domestic violence incident between the child’s parents.

According to FB, the social worker “should have responded straightaway to the information that came in from the nursery as this was a serious domestic violence incident”. However, a copy of a child concern notification was not received by the police until later that day.

As there were safeguarding concerns, FB said the social worker should have contacted his team manager because the incident required management oversight “to agree the strategy, course of investigation, and to seek agreement to request a foster placement”.

As an “experienced social worker”, the practitioner should have known to do this, FB added.

She said the practitioner should also have made arrangements to see the child “immediately” after he was prompted and told to arrange to accommodate the service user in a safe placement.

Referring to another case, the panel heard how the practitioner failed to complete a section 47 investigation surrounding concerns about the safety of an unborn child.

FB said a strategy meeting was held regarding service user D on 23 December 2016, due to information raising serious concerns about the child’s safety. Despite being absent from the meeting, the practitioner recorded in a case note of 29 December 2016 the plans and work that needed relaying in detail to the midwife involved.

The child was born on 26 December and was allocated to the social worker on 28 December, with a section 47 to be completed. However, when FB spoke to the practitioner, she said he “had not progressed the strategy” and “had not completed the section 47 investigation as required”.

Records show the practitioner did commence a section 47 investigation but it had not been completed and signed off.

The panel considered there to be “serious concerns” about how the social worker had been conducting his practice during the two-month period at the council, especially because his caseload included “particularly vulnerable service users and their families”.

It pointed out the practitioner failed to carry out important visits and risk assessments, or to notify the police and other agencies about important matters, and arrange for strategy discussions to take place. The practitioner’s failure to complete a section 47 investigation was highlighted as a “particular concern”.

The panel said it found “widespread and serious failings” by the practitioner in “some of the most fundamental and basic of tasks” required of a social worker in “the critical field of child protection”. It concluded the failings led to “very real risks”, which “could have caused harm” to vulnerable children.

Despite denying the allegations and including in his hearing information form that he was “not supervised” adequately, the social worker failed provide further explanation or challenge.

The suspension was handed to the practitioner after the panel decided it would be “disproportionate” to strike his name off the register. It said a suspension would provide “the necessary degree of protection for the public”, while “leaving the possibility of remediation and improved insight”.