How stable leadership, a new partnership and adopting the family safeguarding approach helped Peterborough move up to 'good'

By Sarah Dennis on October 2, 2018 in Children, Social work leaders 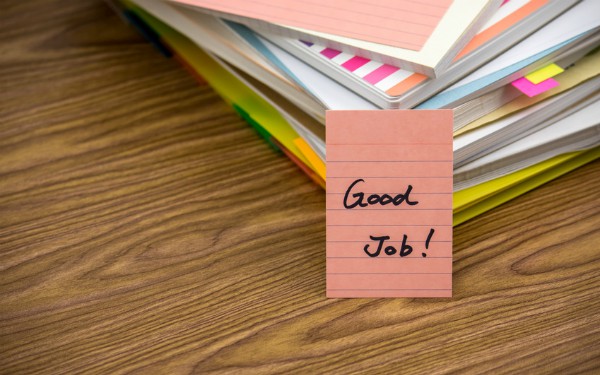 Peterborough council’s director of children’s services Wendi Ogle-Welbourn describes herself as “passionate” about a system-leadership approach.

“Basically [it means] seeing success as collective, making sure we use evidence-based practice, not doing anything unless there’s clear evidence it will make the most difference and give us the outcome that we want, being open and honest, [and] putting your cards on the table so if there’s an issue, come on let’s talk about it,” Ogle-Welbourn says.

In its latest inspection of Peterborough council’s children’s services, published in August, Ofsted noted the senior leadership team’s “accurate understanding of strengths and weaknesses and have created the conditions for social work practice to thrive”. Inspectors rated the council as ‘good’ overall, up from ‘requires improvement’ at the last visit in 2015.

Leaders have driven “significant” improvements, Ofsted said, with corporate decision-making prioritising vulnerable children and “investments, partnerships and innovations in services” all having a positive impact on children and their families.

Areas of progress have included the launch of the family safeguarding approach in children’s services, and a partnership with fostering and adoption charity TACT, which sees the organisation providing permanency services around fostering, adoption and special guardianship on behalf of the council.

At the time of the previous inspection there was high turnover among the senior management team, but this has settled, says Ogle-Welbourn. She adds the stability now in place from a leadership team with a “diversity of skills” has in turn encouraged a more settled workforce.

Ogle-Welbourn says one fundamental ethos in the council is around “behaving well when things go wrong”.

“There’s normally a reason, so what we will say is there will be mistakes, we take big risks, and some of those pay off and some of those don’t,”she says, reflecting on the council’s readiness to experiment around its practice.

“But what’s important is if something doesn’t go well then let’s learn from that, not just as an individual but let’s share that with other social workers and the wider partnership,” she goes on.

Peterborough’s approach to working in partnership, Ogle-Welbourn adds, is based on “understanding and appreciating other people’s perspectives and priorities, putting yourself in their shoes and thinking about where they’re coming from. I think when you model those behaviours, it makes a big difference”.

Ogle-Welbourn is keen to highlight the council’s use of its quality assurance framework to drive better practice.

Peterborough has introduced two tools. The quality of care tool was devised because the previous Ofsted inspection noted that neglect wasn’t being identified soon enough in terms of its impact on the child – a factor regularly highlighted by serious case reviews.

“[The tool] asks a number of questions about parenting, and at the end of that it gives you an analysis of whether what’s happening in that household is neglect or not. It’s a tool any professional working with families can use,” says Ogle-Welbourn.

Meanwhile a new desktop tool means managers have oversight of performance at a team level, and can see in real time whether tasks haven’t been completed without having to wait for supervision sessions.

In its latest inspection, Ofsted inspectors observed that “the participation of, and direct work with children and families are key strengths” now within Peterborough’s children’s services.

One notable improvement, says Ogle-Welbourn, was the launch of the family safeguarding model in January. “I believe that, unless you address the vulnerabilities and needs of parents, you’re never really going to tackle the root cause of the impact of that parent on their children,” she says.

“I think there’s always a few worries about change, but this just looked amazing from the start, so there wasn’t much to be worried about. It’s quite exciting.”

Helen Feasby, a social worker at Peterborough council, is discussing its new family safeguarding approach launched in January after the council’s successful bid for £2.6 million of government funding.

The model, piloted by Hertfordshire council, aims to tackle the ‘toxic trio’ of domestic abuse, mental ill-health and substance abuse. The team is made up of children’s social workers and specialist adult support personnel and works with the entire family in their home.

Feasby says the team is always looking for new social workers. She asked to be part of the family safeguarding model after two years working on the council’s assessment team, where she had worked since qualifying as a social worker.

“I just really liked the ethos that was being promoted, where you really empower the service user to make the changes rather being prescriptive,” she says, adding that people are given the tools to make changes and develop their own plans. “It’s a one-stop shop to help the family in their home rather than having the burden of going to various places for appointments.”

Every worker involved with a family meets once a month within group supervision to discuss the case. “It’s a cohesive piece of work, where’s everyone’s got ownership of tasks rather than everything falling to the social worker to coordinate, so [creates] a really nice robust plan around the family,” Feasby says.

Details of a case are recorded using a “workbook” approach, onto which all information is fed, she adds.

“If you were away, someone would be able to see exactly what you’ve been doing with this family in one place, rather than having to go here, there, everywhere,” Feasby says. “That’s great because the adult workers can see straight into it rather than us having to ring the agency or get an email or wait.”

According to Feasby the family safeguarding model is a “kind” way of working that also promotes more time for social workers with the families they are working with.

“The reason you come into this role is to be out in the field with your families,” she says. “I feel [this] gives you better scope to spend more time with the family doing the actual direct work that’s going to make a difference.”

Another point picked up on by Ofsted related to Peterborough’s decision to use children’s practitioners to work on lower-level cases – partly in response to past  recruiting difficulties. These staff come from a variety of backgrounds, such as nursery nursing, youth work and the police.

“Our view was that if we introduced child practitioners, to work with our lower level cases, then they would get the attention they needed to prevent them from becoming child protection cases,” Ogle-Welbourn says. The work, she adds, is still overseen by qualified social workers, “so if there were issues around child protection that would be picked up”.

“It was a leap that Peterborough council took to combine the services and recognising that people were receiving an inconsistent service in terms of support in particular,” says Sue King, head of service at fostering and adoption charity TACT, of the partnership between the two organisations.

In April 2017 the council entered into a 10-year contract with TACT to deliver permanency services on its behalf, the first partnership of its kind in England.

TACT trains foster carers and adopters and employs social workers to support placements. Staff working as part of the partnership are based at the council’s offices, with those already employed by the council in fostering and adoption transferring to TACT. King says the approach has improved their confidence and widened their ability to learn and develop their understanding of the processes around fostering, adoption and special guardianship.

“There is something around the fact that there haven’t been people with the specialist knowledge in local authorities, which is what [Peterborough’s] senior managers recognised and is why they wanted a partner,” King says.

“I would say in the first couple of weeks it was clear that we could be much more responsive and creative. I could see the situations in fostering and special guardian arrangements were identical to [adoption] because the children have got the same needs and would benefit from the same support.”

Combining the potentially different approaches taken to assessment has been empowering, according to King.

“With adoption and fostering it tended to be from a strengths and skill-based perspective, but special guardianship tended to be from a risk perspective, and so it’s quite complex stuff. But in terms of social work theory, why aren’t you combining those because it’s important to understand the risks and strengths in each of those situations, allowing you to see things from new perspectives, which feels very powerful and strengthens the assessments and makes them more robust.”

Ofsted seemed to endorse the approach, stating in its recent inspection report: “The provision of equivalent support to foster carers, connected persons, special guardians and carers of privately fostered children is making a demonstrable contribution to the quality and stability of placements for a wide range of children.”

Meanwhile, feedback from service users has been “outstanding”, adds King.

“Service users and foster carers will regularly say the situation has improved and even when we have had less favourable feedback, people have said they can see the improvements are there,” she says. “In a relationship, people want to see you can keep your promises and we’ve been able to do that.”