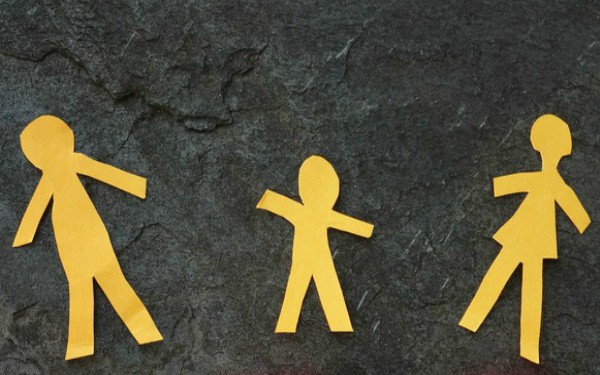 by Brigid Featherstone and Amanda Boorman

We are all now wearily familiar with hearing about ever-increasing numbers of children becoming looked after. We hear how austerity has hollowed out preventative services and the increasingly scarce resources is focused on funding care applications, care placements and the problematic consequences of these.

It is a matter of regret for many that funding and priorities are focused on the ‘heavy end’ of provision. Meanwhile, care experienced and adopted people increasingly remind us of their life-long attempts to make sense, repair and restore within the contexts of trauma, rupture and loss.

We are two women who have spent the last two decades of our lives living in and with adoption and fostering. One of us adopted and fostered siblings working alongside their original family to support the children. The other was approved as a respite foster parent in 2003 and has supported children and young people who are in long-term fostering, adoption and kinship care.

In our conversations together we increasingly discuss the fact that our love, care and commitment has been concentrated on children once they have come into care. It would be too simplistic to say this in itself is a matter of regret but it is increasingly a matter for reﬂection and, indeed, the occasional thought experiment.

What if that love, care and commitment could have been used to support the children and young people we love to stay safely within their families of origin? For example, what if birth parents had been offered the kinds of respite care one of us has offered for years to foster parents and adopters, so that they could have a weekend off once a month and/or go on holiday once a year.

All parents know how much having safe time out can help.

Surely respite fostering resources like ours could have been re-imagined to offer exhausted new mothers a warm and kind respite care package with, or without, their infants, thus perhaps preventing some of the baby removals we have heard about in recent years.

The costs of caring for other people’s children as a corporate parent are enormous and, despite government presenting adoption as a golden opportunity for permanence, it also acknowledges that adoption saves councils money.

What is much less often acknowledged by government ministers is the often-devastating consequences of permanent severance from loved ones, wider family relationships, culture, family history and identity that adopted people may face, often with no support.

Even more rarely acknowledged is the life-changing grief many parents living apart from their children must contend with. We know that women lose their children because of domestic abuse, mental illness, substance addiction and/or homelessness. Removing their children through adoption can be extremely harsh.

A large proportion of parents who lose children to adoption will have been in care themselves and often it will be the same corporate parent that removes a woman’s children into the care systems it once held her within. Surely, the ethical issues here oblige the offering of support for as long as is needed and using imaginative means to recruit people like us who would wish to provide that kind of support.

When criticisms of adoption practice are made it can be difﬁcult to ﬁnd solutions that recognise the importance of permanence and healthy attachments for children while not advocating the practice of total severance from a child’s roots and history. But it is vital that such solutions are sought as adopted people increasingly tell of the importance of their identity needs throughout their lives and as we confront the realities of removing children from very deprived and marginalized parents.

Recent adoption practice and, certainly, the funding of adoption has focused on the recruiting and support of adopters. For example, this year’s National Adoption Week is focused yet again on the adopter.

It remains rare to ﬁnd adult adopted people or parents whose children have been removed speaking at high proﬁle events.

However, where opportunities have been provided for adopted people, adopters and birth families to talk to each other – as happened in the Adoption Enquiry commissioned by BASW – barriers have been broken down, empathy been encouraged, and myths dispelled.

Through our work we have both seen people from all sides of the adoption system come together to discuss solutions that respect women’s human rights and promote practices that are more humane for everybody involved in dealing with issues of child and family protection.

As the care ﬁgures continue to rise and as resources like ours are increasingly focused on those in care, we not only need to look at re-distributing ﬁnancial resources away from the ‘heavy end’ but there may be merit in thinking about how love and care might be re-distributed also.

Instead of encouraging, for example, people to adopt children, or foster once the children are removed from their parents, perhaps we could ask them to ‘adopt’ or ‘foster’ alongside families thus preventing permanent removal. Now that seems like a good idea to discuss this National Adoption Week.

Brigid Featherstone is a professor of social work at the University of Huddersfield. Amanda Boorman is the founder of The Open Nest.

9 Responses to Redistributing care: why respite support should exist for struggling birth families, not just foster carers and adopters