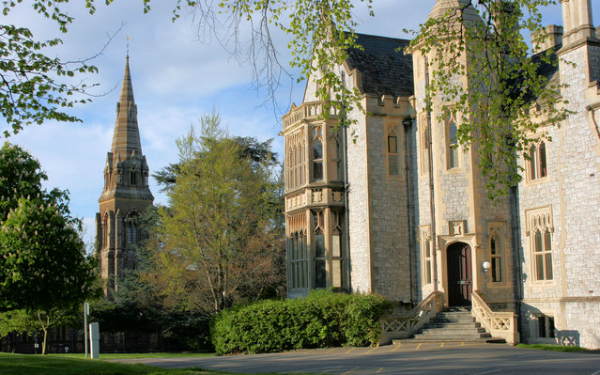 A cash-strapped county voted last week to proceed with early-help staffing cuts after they were called in by a scrutiny panel.

Somerset council, which in July warned it could face effective bankruptcy if its financial position did not improve by October, decided in September to reduce staffing in its level 2 and 3 ‘GetSet’ family support teams by 75% and 40% respectively.

At the time of the warning its projected children’s services overspend, due to placement and agency staffing costs, was £15 million; the most recent published update said this was on an “upward trend”.

The Conservative-run authority has faced intense scrutiny as speculation mounts over which council will be next to follow Northamptonshire in issuing a ‘section 114’ notice, signalling an inability to balance its budget. But its dilemmas in the face of deep funding cuts and spiralling children’s services spending have been mirrored at other locations around England, with Nottinghamshire the latest county to publish concerns last week.

Somerset’s children’s services scrutiny panel had asked for the cuts to be deferred pending a review after staff warned they would increase pressure on social workers and put more children at risk of harm due to cases being opened later.

But its cabinet unanimously opted to proceed, with both the cabinet member for children’s services, Frances Nicholson, and the director of children’s services (DCS), Julian Wooster insisting families would not see a reduction in support.

“It’s clear this should happen now, not be put off,” said Nicholson. “This is not about removing or reducing services; it is about making sure we work with the right children, at right level, with the right [sized] caseloads.”

After the vote, Labour councillor Leigh Redman, who chairs the children’s services scrutiny committee, said he feared the cuts would dissuade social workers from joining the council, hampering its efforts to reduce spending on agency workers.

“The size of the cuts we are talking here, to say they will have no impact is utter rubbish – and to not recognise that, to avoid a meaningful consultation, is wrong,” Redman said.

Kris Black, Unison’s branch secretary for Somerset, added that in a large rural county where two-thirds of children’s centres had closed, reducing family support capacity was a “false economy”.

“We’ll be looking at kids not being connected at the earliest opportunity, meaning situations will increase, and they could end up on child protection plans or in care,” Black said.

At Somerset’s last Ofsted inspection in January 2018, the county progressed from ‘inadequate’ to ‘requires improvement’. Inspectors described the county’s early help services as a work in progress, “significantly” improved but still “not fully established”.

Level 2 workers at the county primarily work with families who need support in the short term, potentially from just one agency, while level 3 practitioners handle ‘complex’ cases just below child in need level.

The cuts voted in this week will see level 2 and 3 practitioners handling up to 20 and 15 cases each respectively, as well as other duties such as running groups. A further set of proposals are in the pipeline that could see level 2 support phased out entirely.

The scrutiny panel call-in suggested the first round of cuts be postponed until consultation on the second was complete, “to allow for a comprehensive proposal to come back to cabinet for decision in February 2019”.

“I feel the data the decision is being based on is flawed, and as such does not follow the principles of good decision-making,” said Redman in his call-in document. The paper questioned the robustness of data showing a drop-off in demand for level 2 services and raised fears of costly statutory interventions down the line, should families in need be unable to access help.

Public questions at the scrutiny panel meeting earlier in October included concerns from level 2 workers that removing preventative services could lead to an increase in serious case reviews, of which the county has published five in the last three years.

Wednesday’s cabinet session saw a number of similar written points raised by mostly anonymous staff, with one suggesting there would be an “unavoidable impact” on statutory children’s services referrals.

A mother who attended the meeting, Elvira Elliott, said Somerset’s early help services brought in “people who would otherwise not get support – if you do not have them, you will miss the mum with the black eye, or the malnourished child”.

She added: “Level 2 intervention gives you a key worker without the stigma of social services. Who will pick [those people up?]”

The theme was picked up by Sally Devlin, an early help officer with the council who said one young mother, who had recently been assaulted at home by her partner, would not have received any timely support had GetSet staff been unavailable.

Several councillors, meanwhile, questioned who would take up the slack in the event of a spike in demand for lower-level services.

‘Council can no longer provide a safety net’

Responding to the questions over almost two hours, Nicholson repeatedly said that while the staff cuts were driven by financial necessity, this year’s round would be purely “about caseloads, not taking services away”.

“It’s clear the reduction does not take open cases to levels beyond which the DCS considers would provide a safe [level], and in fact keeps them so far below that, that we all ought to be extremely glad,” she added. “This will be monitored and if things change, we will have to change our response.”

Neither Nicholson nor Wooster, the DCS, gave a direct reply to what the response would be if early help demand did spike, or how non-council organisations might step up.

“The county council is not and should not be the only provider of early help services,” Nicholson said. “It is the responsibility of all agencies that work with children, and the council can no longer afford to provide a safety net for those agencies.”