Homecare Association says providers generally getting far less than what they need to cover minimum wage, comply with regulations and ensure sustainability of services 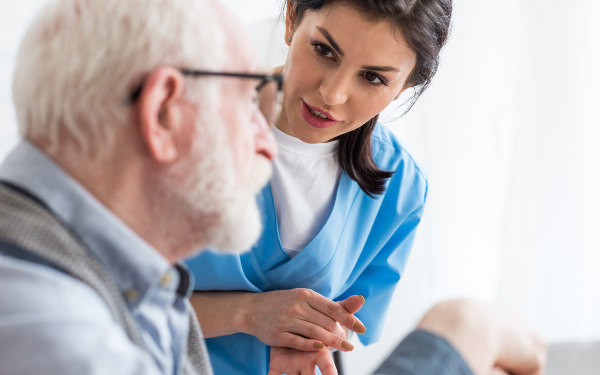 Just one in eight home care commissioners are paying providers the what they need to comply with minimum wage law and regulations and ensure the sustainability of services.

That was the message from the Homecare Association in a report today, which compared the rate it calculates as the minimum required by home care providers – £21.43 an hour – against what commissioners across the UK pay.

Based on Freedom of Information requests answered by 312 councils, Northern Irish health and social care trusts and NHS commissioners, the Homecare Association found average rates of:

It said just 13% met its minimum rate for care while 28% could  provide a calculation demonstrating the rationale for the fee they did provide.

The umbrella body added that 24 bodies paid less than £16 an hour, risking staff not receiving the legal minimum wage for the hours they worked, including travel time, and the ability of providers to deliver good-quality care.

The report came with the government expected to announce a 6.6% rise in the national living wage – which applies to workers aged 23 and over – in its Budget and spending review on Wednesday (source: BBC News). This would see it rise from £8.91 to £9.50 an hour in April 2022.

The Homecare Association, anticipating a rise in the national living wage to £9.42 an hour in its report, said this plus other inflationary pressures, such as rising energy costs, would add 10% to the cost of home care over the next year.

It remains to see whether the government will provide further funding for councils and other social care commissioners to cover the rise in the living wage in the spending review, which will set public spending limits from 2022-25.

Its plans for reforming adult social care in England from 2022-25, backed by £5.4bn in funding, includes £500m to support the workforce, but this is designed to support professionalising the workforce and improving wellbeing, rather than promoting wage growth.

It also includes an allocation to enable councils to pay providers a “fair rate for care”, covering the costs of delivering services, including pay.

However, the County Councils Network has estimated that it would have cost county authorities alone £761m to bridge the gap between what councils paid care homes and the amount homes charged self-funders in 2020-21. The network said it was “extremely uncertain that the funding announced to date will be sufficient to meet the costs arising from reform”.

Last week, the Department of Health and Social Care announced £162.5m to support recruitment and retention initiatives across adult social care from now until March 2022, but this is designed to tackle current pressures rather than next year’s rise in the living wage. These pressures have seen vacancies rise while job numbers fall, indicating that providers are finding it increasingly difficult to find the right people to fill jobs.

The Homecare Association said that, while this grant, plus the £500m for the workforce from 2022-25, was welcome, “it is hard to see how this amount will enable professionalisation of the care workforce, as claimed by the government, nor address long-standing issues with poor pay, terms and conditions of employment”.

It added: “Care roles are far more than minimum wage jobs and we need to go further to attract, retain and develop a talent pool for the future.”

The association said providers had told it that the minimum wage in the sector should increase to £11.14 – equivalent to that earned by NHS healthcare assistants on band 3 of the Agenda for Change scheme – to enable them to recruit and retain skilled staff.

The Homecare Association said this would cost £1.72bn across the UK – and £1.3bn in England  – to implement.

In response to the association’s report, the Local Government Association said it was getting harder to pay providers a fair rate for care.

“Councils work closely with care providers and understand their concerns about paying a fair price for the cost of care,” said David Fothergill, chair of the LGA’s community wellbeing board. “Such is the scale of funding pressures, this is proving harder to achieve and we urgently need new national funding to meet immediate pressures in the social care system.”

Echoing the County Councils Network, he questioned whether the government had allocated enough money to fund a fair rate for care. He said the LGA had estimated that the system in England needed £1.5bn to stabilise the care market and an extra £1.1bn a year over the next three years to meet rising demand and improve quality and access to care.

“The spending review and forthcoming white paper must set out how these immediate and short-term pressures in social care will be addressed, including on the cost of care, if we are to build back better and develop a care and support system fit for the future,” he added.

£388m winter funding for adult care ‘too little, too late’, warns provider body
‘I find what I do rewarding and it really comes to life when you’re doing it’
English councils need £2.7bn more for children’s social care by 2025, LGA warns government