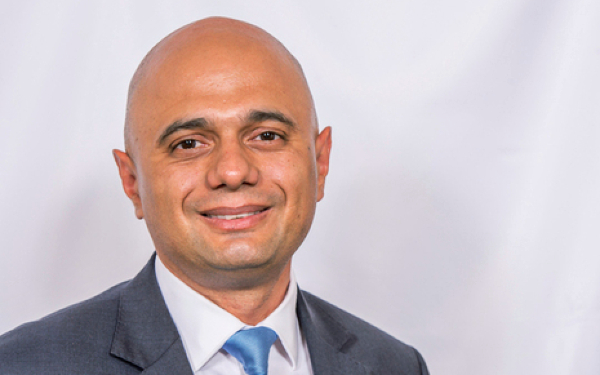 Sajid Javid has been urged to immediately boost care worker pay after a survey found most providers were having to turn down requests for care with their vacancies running at 17%.

The call came in a letter to the health and social care secretary from UNISON and the National Care Forum, after a survey of 340 registered managers found two-thirds had had to limit or stop taking on new residents or home care users due to staff shortages.

This included 33% who had been forced to limit or stop admissions from hospitals, found the survey by the NCF and The Outstanding Manager Network. Overall, managers estimated they had turned away 5,000 people from their services since the start of  September.

Ahead of the government’s spending review next week, which will set public spending limits for the next three years, UNISON and the NCF urged Javid to increase pay and provide a retention bonus for existing care staff, as the shortages threatened to “overwhelm the sector”.

Vic Rayner, chief executive of the NCF, which represents third-sector providers, said the bonus would ensure existing staff felt “valued and recognised”, while the pay rise would “give a clear call to those contemplating working in the sector”.

The two bodies also called on the government to scrap – or at least delay – the requirement for care home staff to be fully vaccinated against Covid-19, which comes into force next month. The Department of Health and Social Care has estimated this will cost the sector 40,000 jobs.

In their letter to Javid, they said the sector was facing a“recruitment and retention emergency” triggered by “chronic underfunding leading to low wages, staff burnout, and mandatory vaccination”.

“Care providers are already having to hand back contracts, turn down new requests for care, at home and in care homes​, as a direct result of the acute shortage of workers,” they said. “This country cannot afford to lose any more care staff…Please don’t ignore this catastrophe a moment longer.”

Jane Brightman, co-founder of the Outstanding Manager Network, which has over 6,000 adult social care managers as members, said: “This has been getting worse over time and very concerning for the winter ahead. Care managers are exhausted, as are their teams. They have been working tirelessly with no let-up in sight. We’ve been calling on the government to work with the sector to provide more support and opportunity to improve this dire situation.”

The survey is the latest evidence of the scale of the workforce pressures the care sector is under. In its state of the social care workforce report, issued last week, Skills for Care reported that vacancies were rising across the sector at a time when the number of filled jobs was falling, indicating that employers were struggling to find the right people to fill roles.

It also reported that sickness absence almost doubled during 2020-21 among care workers, and reported a significant fall in the number of people coming from abroad to work in the sector.

On the latter point, the NCF also called for the government to add care workers to its shortage occupation list, which would enable employers to recruit from abroad for care staff, something that is all but impossible under post-Brexit immigration policy.

In response, the DHSC pointed to the £500m in funding it was providing from 2022-25 to support the care workforce, to improve training, recruitment and retention and enhance wellbeing support.

A spokesperson added: “We are also working to ensure we have the right number of staff with the skills to deliver high quality care to meet increasing demands. This includes running regular national recruitment campaigns and providing councils with over £1 billion of additional funding for social care this year.”