Will the health and social care levy hit the mark?

A sponsored feature from Liquidlogic 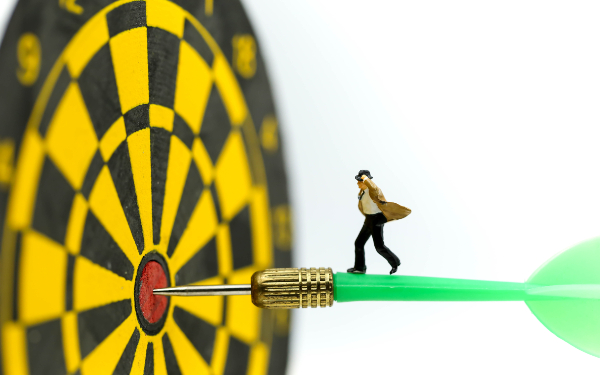 A major reform of the social care system is long overdue. Earlier this month, Parliament attempted to put its best foot forward to change that by voting in favour of the government’s health and social care motion to provide a funding injection for the NHS and social care.

The NHS will initially be allocated the bulk of the funding to support Covid-19 recovery, but with plans for social care to take a greater share of this in future years. The reform package also includes other measures, such as a research and innovation fund, as well as new focuses on prevention.

While additional funding in any area of health and social care is clearly welcome, there are some important issues that need consideration.

The first is that the care cap only applies to the cost of care. It does not cover the living expenses in a care home, such as meals, which the government calculated as being £12,000 a year back in 2016, when they were looking to implement a similar model. This means the policy may not be quite allay the fears of those who see this as a way to avoid selling assets, such as property, to pay for care home. It also does not cover any cost of care spent prior to October 2023.

Secondly, the cap on care costs does little to address geographical inequalities. The average house prices in different postcode areas range from £1,122,000 for the W postcode area in London, to £425,000 in the HP postcode area in the South East, to £152,500 for the DN postcode in Yorkshire (source: PropertyHeatmap.uk).

Thirdly, the funding plan attempts to address generational inequalities by applying the new levy to retirement-age working people (which is different from general national insurance contributions).

However, unlike a rise in income tax, it does not add additional charges to those retired people who have significant pension income. These individuals could be capable of paying more, which would help in an exercise of pooling risk to reduce the possibility of any one person – through no fault of their own – suffering from catastrophic care costs. Therefore, in reality, the changes are likely to be seen as the younger, employed, demographic subsidising older, wealthier people.

As the country attempts to get back on its feet following the pandemic, is this the right time to be increasing the burden on business, both in terms of shareholder dividends as well as increased employer contributions?

Of course, these are political decisions around taxation and spending which have already been decided. However, there are other details which need to be dealt with via a consultation, proposed to start in October 2021, with the final charging reforms coming into place from October 2023.

The key question to ask is whether the proposed allocation of £5.4bn over three years to social care of that £12bn is enough, and whether that will achieve genuine transformation of social care.  Indeed, the Health Foundation has calculated that over the three years from 2022, the funding gap between existing adult social care spending power and what is required to meet upcoming demand is £5.9bn.

Clearly, a direct result of the increases in the lower and upper capital limits, as well as the cap on total individual costs, will be additional costs for local authorities. However, there are other hidden costs. It is likely that care providers will need to increase their prices to pay for the additional national insurance contributions and also potentially for pay increases for staff to improve retention rates – this means that buying care may cost more.

A key issue for local authorities is how the care cap will be managed. As the cap only covers the cost of services that a local authority was willing to pay for, will there need to be some assessment of Care Act eligibility and review for self-funders? Or are local authorities simply going to apply averaged rates from the point someone claims to be using care services? How will the costs be tracked both in terms of evidencing and recording spend as well as in terms of portability?

The care cap concept isn’t radically different from the one previously proposed and dropped by the government, partly owing to the cost and complexity of its implementation, and no answers to this have been forthcoming.  Therefore, it appears that the government’s plan appears to raise more questions than it answers.

The conclusion that I would come to is similar to that drawn by other commentators and experts in the field – this is not the transformational package that was needed for social care.

It will not resolve any of the issues relating to market failure or provide for better pay and conditions for care staff or family carers.  It will not address lack of resources and ability to innovate in local government. Most importantly, it does not attempt to progress moves to community-based care and personalisation to achieve better outcomes for people of all ages in need or care and support.

However, let’s not forget it is a good first step in the right direction for an area that has been neglected for too long. I hope this initial step is a first of many that follow at pace to drive true reform.