Rob Greig: ‘We are going backwards on learning disability – there needs to be a fresh narrative’

Former NDTI chief talks policy, politics and plans for the future, as he prepares to retire from his 36-year-long career in the health and social care sector 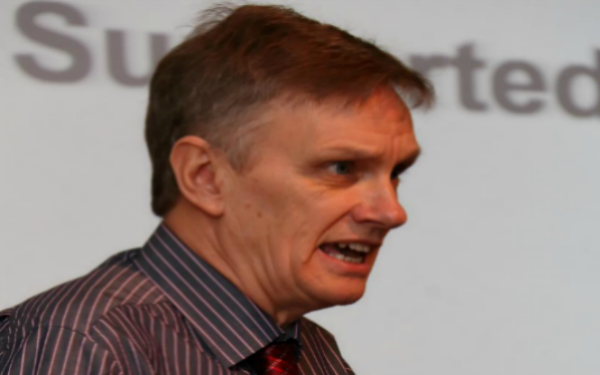 Rob Greig says there were many reasons why he decided to retire from his role as chief executive of the National Development Team for Inclusion (NDTI), but one was his “distinct frustration” at the current backwards trajectory around national learning disability policy.

“We are going backwards and we need a new generation of people to stop that – rather than me saying we got it right 20 years ago, so we should be doing what we did 20 years ago,” he says.

It is almost 20 years ago – 2001 to be exact – that Valuing People was launched, a national policy designed to improve the lives of people with learning disabilities and the quality of support services. Two years earlier, Greig had been seconded to the Department of Health (now the Department of Heath and Social Care) to help develop it.

The Valuing People team did this by ensuring that the voice of people with learning disabilities and their families was firmly at the heart of the work. That “took some doing” Greig says, because “it was not acceptable to the government at that point in time to have people with learning disabilities in a Department of Health core group” – instead professionals and experts were called in.

But the team got agreement for a parallel piece of work involving people with learning disabilities to directly inform Valuing People. They also lined up family carers to speak at a ministerial event to launch the policy, who were encouraged to “harangue” the minister about their non-involvement, after which he said families had to be involved, Greig adds.

“We thought we’d changed the dialogue for good, but nowadays it is [still] rare to see people with learning disabilities at the centre of organisational decision-making,” says Greig.

The roots of Greig’s passion for working with people with learning disabilities developed when he moved to a role at the then Greater London Council’s voluntary sector development programme, after a brief stint in public relations encouraging people to buy more mars bars.

“I thought ‘god this isn’t me, I’ve got to do something more useful with my life’,” he says.

The programme involved grant aiding the voluntary sector in London to empower communities and before long Greig became deputy head, with a focus on disability and legal rights. From here, he went to work for what was then known as the Lewisham and Southwark health authority, planning the closure of psychiatric hospitals, and later managing learning disability services there too.

“When I started working in learning disability something suddenly felt right,” he says. “A substantial chunk of my out-of-work activity had been politics, and I suddenly felt in that job I was probably going to achieve more for my political views than I would ever do in pursuing politics.”

Greig spent five years with Lewisham and Southwark, and in the last two was asked to take over managing the local authority learning disability services. This became a precursor for setting up the first joint commissioning arrangement in the country, he says, which still exists to this day.

“After five years of that I decided I needed a break because – and I accept it is a different order to what’s going on nowadays – it was the previous round of major public cuts and I’d just spent five years cutting the budget,” he says. “I felt I couldn’t carry on doing that.”

‘Abiding by the rules’

Greig recognised that the learning disability services in Lewisham and Southwark were among the best in the country (very much down to his predecessor – he adds) and other professionals often wanted to come and see how they worked, so he decided to try out the “consultancy lark” next.

He intended to only do consultancy work for a year or two but it “kind of took off” and when he found himself having to employ other people to do it with him, he decided to take the work over to King’s College London, where it became part of the Institute for Applied Health and Social Policy.

After a brief spell here, Greig got the call asking him to become the expert external advisor for Valuing People. Out of the policy came the role of national director, which Greig says he deliberated over taking, because he “wasn’t keen” on working for government.

“I’ve never been very good at working with formal authority and working in a place where you have to abide by the rules and do things in a particular set way – and from what I had seen in my two days of being seconded into there was that was how government works,” he says.

“But I came to the conclusion that having had a significant role in the development of the policy, I would kick myself if I then just walked away and let someone else do it.”

‘At odds with government’

Greig’s reluctance to work in government came back into play when, after six and a half years as national director for learning disability, he could see Valuing People becoming less of a priority and was finding himself “increasingly at odds” with what was going on in government.

“I had what can be best described as a full and frank discussion with my superior, who argued that the policy had had a number of years as a priority, and other areas needed to have public priority.

Whereas I take the view that when you are dealing with centuries of prejudice, you don’t deal with it in eight years.

Greig says this was all part of a departmental belief system that power and decision-making should be delegated to local people to do what they want, adding that over the last 20 years, government has gradually removed its powers and levers to get local people to make changes in line with policy.

Although Valuing People is still officially government policy, Greig adds, the delivery programme was stopped and ministers stopped talking about it. The National Forum of People with Learning Disabilities – a “great success story” to come out of the policy – was also closed when the coalition government came into power in 2010.

“People are excluded from society for a reason – and the reason is that society decided to exclude them,” Greig says. “If you take your foot off the gas and stop applying pressure on people to change the way in which society behaves, it will go backwards – and that is what has happened.”

Greig decided to step down and accepted a job offer with the NDTI – an organisation he had links with during his time in consultancy.

“In the 1980s the NDT – as it was back then – was the organisation that made things happen around learning disability, so I kind of had a sentimental attachment to it I guess,” he says.

Greig took the job on three conditions – that it had to become broader in terms of its coverage and focus on all groups “at risk of marginalisation that social care in its wider context tends to get involved in”;  it needed to become re-involved in research, evaluation and policy development, and, the headquarters had to move to Bath (where Greig lived) because having spent six years “charging around the country”, he wanted to be able to come into the office easily.

These terms were agreed and six months later Greig took up the post. But it wasn’t quite as he expected to start with – he arrived to find the organisation in significant financial difficulty.

“We managed to turn it around,” he says. “We rebranded, adding the ‘I” for inclusion, and joined with the older people’s programme, bringing research and evaluation expertise back in.”

Today, the organisation looks quite different with 25 members of staff, a network of 50 associates, and a considerably higher turnover. Most importantly for Greig, it is “a lot more influential than it was at that point of time and works across a much broader canvas”, with work programmes around older people, mental health, learning disability, and children and young people.

Greig is particularly proud of the work the team has done around special educational needs and preparing young people with disabilities for adulthood.

“The Preparing for Adulthood programme has really started to place things like genuine person-centred practice, people getting a job and making relationships on the agenda,” he says.

“It’s stopped just being about [a path of] first special school, then residential college, and then go to a day centre – it’s a really good piece of work and I am very proud of that.”

Looking back on his 36-year-long career in the sector, Greig says the highlight, and the thing he has enjoyed most, has been bringing a team of people together to make a difference.

“The Valuing People support team were a just quite brilliant team of people and then at NDTI, I had a great team of people who are value-driven [and] committed – my major challenge has been stopping them from working 50-hour weeks because they believe so much in what they are doing.”

When asked for his departing thoughts on what’s next for learning disability work nationally, Greig says the country needs a refreshed policy and national programme of support, but there will be “limited success when you are working in the context of a social care system in crisis, which it is”.

“I can say what I think should happen with learning disabilities, but unless there is a major reinvestment in social care, it will be difficult to do anything,” he says. “I would also emphasise that you don’t just put money in and let social care carry on as it is – it has to do things differently.”

What’s next for Greig himself? He has no idea – and that’s exactly the way he wants it for now.

“It hurts hitting your head against a brick wall after a while…and I would just like to try doing something different in life – I’ve consciously decided to say no to everything that I am asked to do that is vaguely related to what used to be ‘work’ for the next six months and then see what happens.

“It might be that I absolutely miss the disability cause and there may be things I can do to contribute to that agenda in a non-working capacity – but I’m very clear I’m not going to be someone who reappears doing the same sort of things they used to do but in a different guise.”

11 Responses to Rob Greig: ‘We are going backwards on learning disability – there needs to be a fresh narrative’