By Luke Haynes on November 1, 2018 in Children, Mental Health 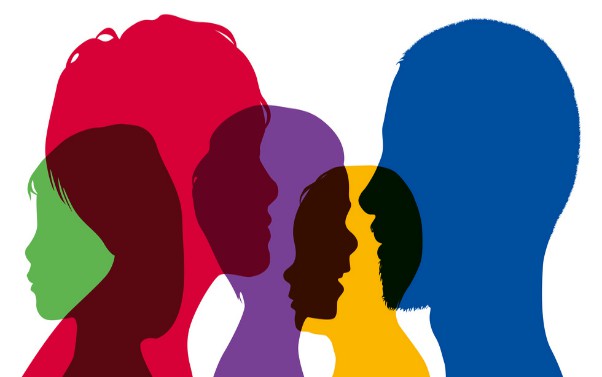 Supporting families with children placed out-of-area and improving guidance on how practitioners can share information about patients who have been detained are two recommendations being considered by the Mental Health Act (MHA) Review team.

Last month, a group of service users and relevant professionals, including social workers and lawyers, scrutinised the review’s draft recommendations around the treatment and care of children and young people detained under the MHA at a workshop in London.

Those in the room agreed with the review’s initial thinking that more had to be done to ensure that children and young people detained under the MHA were able to keep in contact with families and carers, particularly at a time that is distressing for all involved.

Improving guidance on sharing information with parents and carers was another key recommendation suggested by the review team, which has until 12 December to submit its findings to government.

In addition to speaking about the treatment of children and young people under the MHA and how this could be improved, the workshop discussed other recommendations surrounding several other key focus areas, including community treatment orders and the role of the police.

However, discussions around the care of children and young people promoted rich conversation when groups reconvened to share their thinking on the draft recommendations.

One of the key issues identified by May’s interim report centred around the placement of children and young people detained under the MHA. Focus groups that fed into the report said patients often encountered “difficulties in accessing appropriate services close to home in a timely” manner when detained. Moreover, it was said that some children and young people were being placed in hospitals “far away from their families”, which was making it hard for them to stay in touch.

Where hospital admission is necessary, the MHA code of practice says the child or young person “should be placed as near to their home as reasonably practicable”, recognising that “placement further away from home increases the separation between children and their family or carer”.

Read more on the MHA review:

When child patients or young people are placed out of area, local authorities are asked to “consider whether it would be appropriate to provide financial support to enable families to visit children and young people placed in hospital”, especially if the family is on low income.

But the code lacks further detail as to what practitioners can do if patients are struggling to maintain social relationships because they have been placed far away from their families.

Considering feedback given by services users and sector professionals, the review is planning to address the issue of a loss of contact between children and their families when they are placed out of area by ensuring support is provided to enable contact.

In addition, hospitals will be required to alert the Care Quality Commission (CQC) within 24 hours of a child or young person being placed in an adult ward that is out of area as part of potential new measures.

Speaking to Community Care, a spokesperson for the review explained the thinking around the draft recommendations of the topic group:

“The patient safety and dignity topic group recognised this and proposed that the review consider a recommendation that parenting should be valued and that efforts should be made to maximise and support contact between parents and dependent children.

“This could be achieved in a number of ways, for example, through the use of technology such as Skype, allowing freer use of telephones or supporting parents to visit children and young people in detention.”

There was agreement from those in attendance that all efforts should be made to ensure children and young people detained under the MHA are able to maintain contact with their families.

One delegate said there should be more support for families who have to visit people in out-of-areas hospitals because “quite a lot of families [aren’t] able to afford [the cost of] travel, or it’s far to go”.

“Maybe there should be specialised funding for families who have to see their child because if not, not having a parent around isn’t going to give lots of support to that child,” they added.

Members of the review committed to examining “issues of parental involvement and decision making” after concerns regarding information sharing and legal complexities surrounding admission and consent to treatment were identified in the interim report.d

Meetings with dedicated focus groups found some young people were being “told different things” about their mental illness and care to that shared with their parents or carers. The review said this “had an impact on their recovery” when they heard alternative explanations at a later time.

As with adults, children and young people have a right to confidentiality under the MHA. Where children under 16 are competent, or young people aged 16 or 17 have the mental capacity to make decisions about using and sharing information they have provided, their views should be respected.

However, in certain circumstances confidential information about the patient may be disclosed without their consent, for example, if there is reasonable cause to believe that the child or young person is suffering, or at risk of suffering significant harm.

In these situations, the code of practice offers guidance to practitioners and advises them to encourage the child or young person to involve their parents, unless it is not in their best interests. It adds practitioners should be proactive in discussing the consequences of their parents not being involved.

Under recommendations being explored by the topic group, the review is proposing that guidance is improved to better instruct practitioners on how they can provide sufficient information to parents and carers.

This change would help to ensure that children and young people, and their families – where consent is given by the patient – have access to the same information, allowing families and carers to provide better care and support.

“The review heard this could cause distress, foster a lack of confidence in services and could lead to issues with, for instance, discharge where parents were not given enough information to support their children.

“To address this, one of the proposals being considered is whether there should be improved guidance on information sharing to support professionals in their decision-making.

“This could give advice, for instance, on how best to ensure parents and carers have sufficient information to provide care and support, and on navigating conflicts between the wishes of parents and their children,” they added.

‘You need everybody onboard’

Those in attendance at the workshop agreed parents and carers needed to be given greater access to information around children and young people’s care and treatment, with the point of assessment being identified as particularly important.

One delegate said, in their experience, medical professionals tended to be “very, very nervous” about sharing information with parents and carers because of “the implications of the mental health system”.

“If you go into hospital with an elderly relative, the medical professionals are very happy to show [you] information [about a relative] because it’s so obvious that, if you have an elderly relative with dementia, you need everybody onboard to give them the support.

“When you have a young person, there’s more confusion because the young people themselves can be very convincing and very articulate in insisting they are fine and don’t need the support when it’s not the reality.”

Another member of the group echoed this opinion and agreed “more precise guidelines” on what parents and carers are and are not allowed to know should be created.

In regard to problems surrounding admission and consent to treatment, the review is considering drafting into legislation that parents and carers cannot consent to admitting or treating children or young people who have the ability to make decisions for themselves.

The thinking comes after the topic group that looked at issues relating to children and young people found there was limited statutory provision under the MHA, despite the code of practice offering a large amount of detail.

In relation to a consenting 16 or 17-year-old, who has been informally admitted to hospital, the code of practice states “parental consent should not be relied upon [in relation to the proposed admission and/or treatment] when the child is competent, or the young person has capacity to make the particular decision.” This helps to ensure that the child’s wishes are respected, and the wishes of their parents do not carry greater weight or respect.

The code continues to say that “it is inadvisable to rely on the consent of a person with parental responsibility to treat a young person who has capacity to make the decision and has refused the treatment”.

In contrast, the MHA is brief in its content on the involvement of parents in decisions about the treatment of children. Section 131 states: “If the patient does not consent to the making of the arrangements, they may not be made, carried out or determined on the basis of the consent of a person who has parental responsibility for him.”

As a consequence of the brevity of the MHA, the interim report stated there have been ambiguities around this area of the law. This is one of the reasons why it is looking to include in legislation that parents and careers cannot consent to admitting or treating children who can decide for themselves.

A spokesperson for the review explained why the review was looking to change legislation so that it offered more clarity around this area of the MHA:

“[The topic group] felt that the current position was unnecessarily complicated and proposed that the review consider a consistent approach to this issue,” said a review spokesperson.

“This would mean that children and young people who have capacity or are competent cannot be admitted or treated informally against their wishes on the basis of parental consent but will instead come under the provisions of the MHA.